With apologies to Donny and Marie, the FWA market is just starting to hit its stride. But a new study offers some clarity on where two top US mobile operators  T-Mobile and Verizon  are pulling their subscribers from. T-Mobile is drawing them largely from rural markets, while Verizon is attracting them from urban areas via its smaller, and still-limited, millimeter wave 5G network.

That's according to an analysis from MoffettNathanson based on a new set of granular network data from Comlinkdata. In addition to shedding some light on where T-Mobile's and Verizon's FWA subs are originating, the study provides some fresh insight on which broadband competitors are losing share to FWA, and how T-Mobile is mindfully managing mobile network capacity to support FWA services. 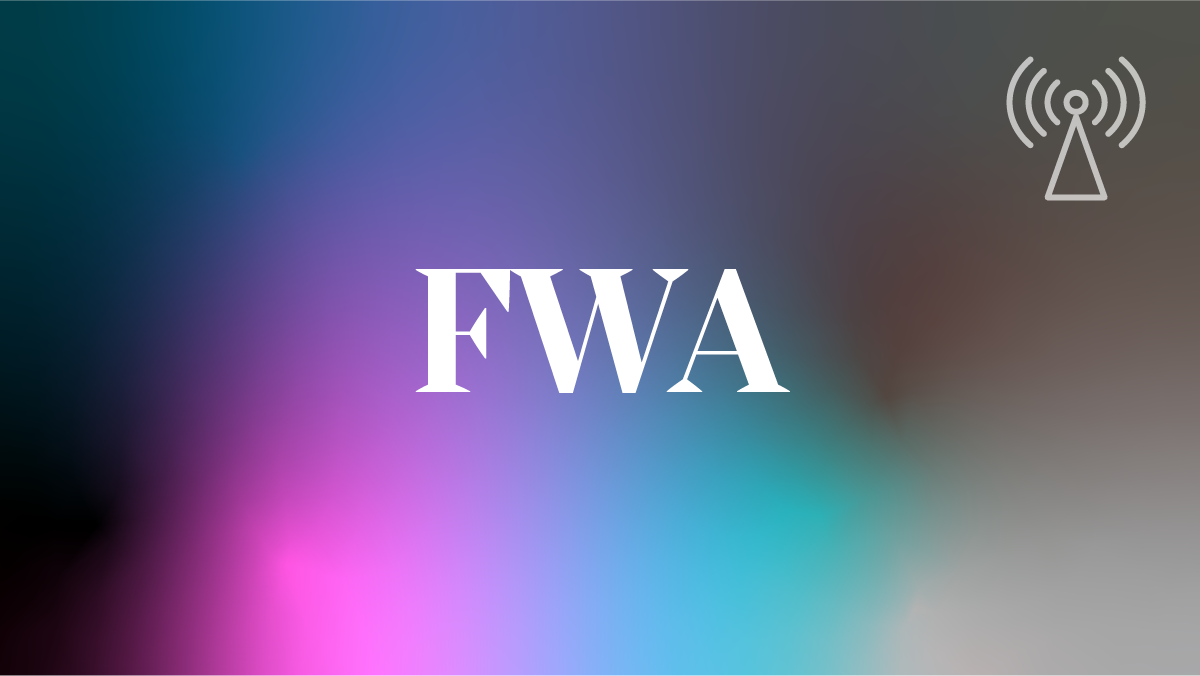 While the data analysis of Verizon is limited to its relatively small mmWave footprint (and arrives prior to Verizon's expanding use of C-band spectrum), it does paint a clearer picture for T-Mobile.

Although T-Mobile has indicated that its 5G Home Internet product is taking share from cable operators, Comlinkdata found that T-Mobile's FWA subs substantially over-index in ILEC-only areas, and meaningfully under-index in markets where both cable and fiber-fueled services from telcos are available. 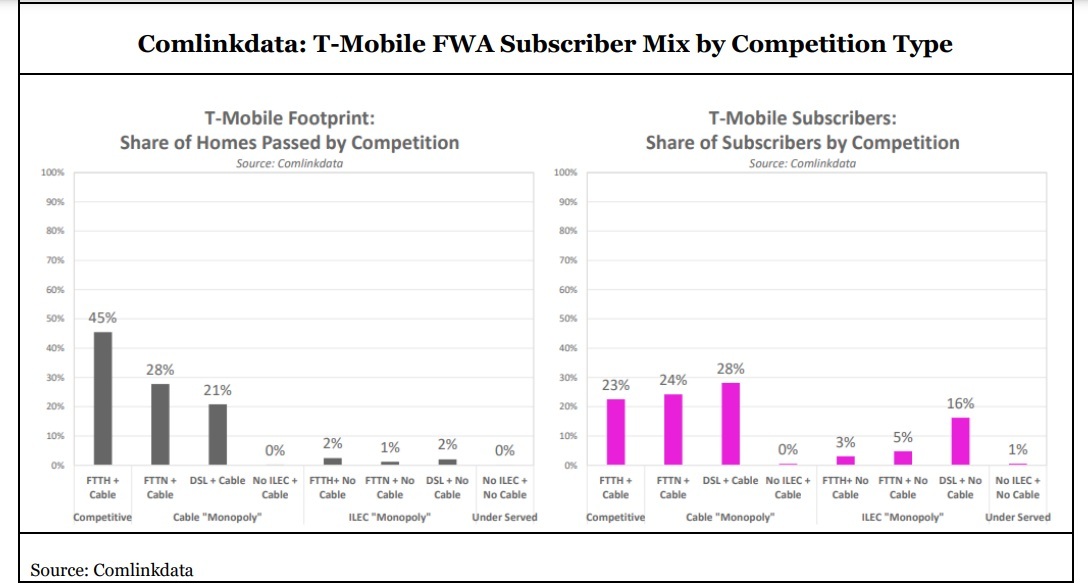 Click here for a larger version of this image.
(Source: MoffettNathanson report: Fixed Wireless: Where the Subscribers Are Coming From. April 12, 2022. Used with permission.)

MoffettNathanson analyst Craig Moffett acknowledges in the report that there's insufficient data to conclude whether subscribers in each of these areas came from the cable operator, a telco or from previously unserved households. "T-Mobile has indicated that about half of their FWA subscribers have come from Cable, a significant under-index versus Cable's ~67% market share," Moffett explained.

T-Mobile's FWA focused on 'under-utilized' parts of the network

The report also indicates that T-Mobile is being "quite deliberate in where they accept new subscribers" by limiting access to portions of the network with enough capacity to support them comfortably. That, Moffett argues, plays into why T-Mobile's FWA subscriber base has skewed to rural areas that are more likely to have sufficient excess capacity.

"[A]s mobile usage continues to rise, as it inevitably will, and as even a modest number of FWA customers tax the network  at 50x the monthly usage of a mobile unlimited customer, they inevitably will  the number of available sectors will fall," Moffett wrote. "This remains the biggest question about fixed wireless. And it will continue to be."

The study's picture of Verizon's FWA rollout is less clear, as the data is limited to Verizon's mmWave "Ultra Wideband" service, which is largely relegated to high-density areas to take advantage of the spectrum's fast speeds and limited reach. Moffett surmises that Verizon's rural FWA base is served by its LTE network. Verizon's broader FWA picture will undoubtedly shift as Verizon puts its C-band holdings – mid-band spectrum that provides a nice balance of capacity and reach – to work.

"Again, the low share of subscribers outside of Cable markets is primarily a reflection of availability," Moffett wrote. "Markets without Cable tend to be very rural, whereas millimeter-wave-based 5G is primarily available in relatively high-density markets."

As for market mix, Comlinkdata estimates that 10% of Verizon's Ultra Wideband FWA subs are in rural markets, 7% are in suburban markets and a dominant 83% are in urban markets.

"We would expect a substantial rebalancing as Verizon begins marketing their mid-band (C-band) based service," Moffett noted.

The study comes to light as both Verizon and T-Mobile are making progress with their respective FWA strategies  they added 302,000 subs combined in Q4 2021 alone, and 719,000 for full-year 2021. Cowen forecasts that US FWA providers (not just Verizon and T-Mobile) will add nearly 2.3 million new subs in 2022.

MoffettNathanson notes that T-Mobile expects to have 7 million to 8 million FWA subs by 2025, while Verizon forecasts having between 4 million and 5 million (with 1 million on its Ultra Wideband product).

Comlinkdata estimates that T-Mobile's FWA footprint now passes 55.9 million homes (well above the company's own estimate of over 30 million households), while Verizon's Ultra Wideband FWA passes about 3.4 million homes, with the potential to bulk that number up as Verizon pushes ahead with C-band deployments.