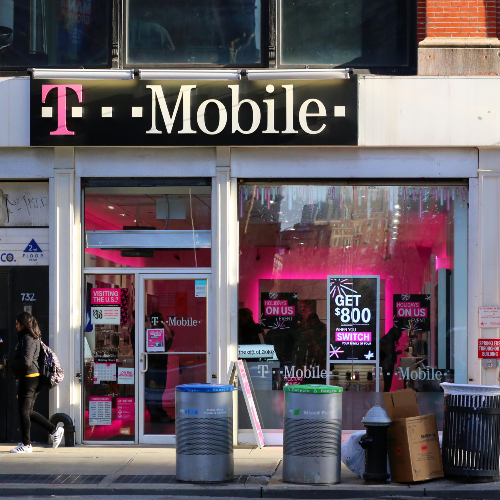 However, an investment firm fronted by a telecom billionaire is developing into a potential fly in T-Mobile's 5G ointment.

Investment company WCO Spectrum, fronted by Global Crossing founder Gary Winnick, has already placed more than $1 billion in offers across 15 different entities for 2.5GHz spectrum licenses that T-Mobile is currently leasing for its 5G network. Now, T-Mobile must decide if it wants to leverage its "right of first refusal" in order to issue competing bids for those licenses.

If T-Mobile ultimately does buy those contested spectrum licenses, it could be facing up to $10 billion in additional 5G expenses. But if it doesn't, it could become a long-term spectrum renter rather than a spectrum owner  a situation that could potentially create a brand new dynamic in the US 5G industry.

T-Mobile is likely gearing up to drop billions of dollars on 2.5GHz licenses in the coming months. The operator did not respond to questions from Light Reading about whether it has anticipated those costs in its current financial model.

The clearest part of that spending will be tied up with the FCC's Auction 108, which starts July 29. The auction will release around 117.5 MHz of spectrum across roughly 8,000 licenses in locations scattered across the country. Other companies that have registered to bid in the auction include AT&T, Verizon and Dish Network, alongside smaller wireless operators like ATN International and C Spire.

"Interestingly, we do not see the handful of large financial buyers we have typically seen in past auctions, with apparent absences from spectrum investors like Columbia Capital, and industry veterans Fritzsche, Grain, Manire, Moise and Mounger," noted the financial analysts with Raymond James in a recent note to investors. Also: "We do not see any large cable bidders, and after not bidding in the C-band auction (#107) and not even showing up to the 3.45GHz auction (#110), it seems Charter and Comcast are focused on selectively deploying the spectrum they bought in the CBRS auction (#105) in high-traffic areas where it makes sense to offload from the Verizon MVNO agreements."

What's going to happen in the auction later this month? "We expect T-Mobile to be the largest bidder by far in this auction ... this midband spectrum is the workhorse driving the T-Mobile 5G network," the analysts wrote.

However, it's not clear how much T-Mobile might spend in the auction. That will be determined by the willingness of other participants like Verizon to bid up prices in the event. AT&T and Verizon engaged in a fierce bidding war during the FCC's C-band auction that ultimately cost both operators billions of dollars.

Also unknown to T-Mobile's financial officers is how Winnick and his WCO investment firm might affect the prices of more than 1,000 existing 2.5GHz spectrum licenses. Those licenses are mostly owned by educational institutions around the country. However, due to a recent FCC rule change, T-Mobile can now acquire those licenses outright, rather than leasing them as it has done previously.

It's turning into a significant issue. WCO has already made offers on around ten different 2.5GHz licenses, but T-Mobile has used its "right of first refusal" to purchase all but one of them. As Light Reading has previously reported, WCO managed to purchase the 2.5GHz spectrum license owned by the Owasso public school district, one of the largest school districts in the state of Oklahoma. For whatever reason, T-Mobile opted not to outbid WCO for that license.

So does that mean T-Mobile will also forgo the other licenses that WCO is currently bidding on? If so, that will create a very unique dynamic in the wireless industry. Winnick's stated goal is to make WCO the owner of all kinds of spectrum licenses. That would make the company an investment option similar to a cell tower owner that rents space on its towers to wireless network operators.

Along those lines, WCO's new CEO is Jeffrey Knyal. Knyal helped found cell tower company Landmark Dividend in 2010, took it public in 2014 and orchestrated the company's sale in 2021 to what is now DigitalBridge for close to $1 billion. Winnick's hiring of Knyal likely represents an attempt to position WCO as a formidable, long-term player in the wireless industry instead of a fly-by-night investment play.

Broadly, there's a very good chance that T-Mobile will be spending heavily to purchase 2.5GHz spectrum licenses, whatever the venue. The company has already purchased more than 200 licenses from educational institutions. And it successfully lobbied the FCC to craft 2.5GHz auction rules that could give it an edge in the event.

But the ultimate amount T-Mobile will dole out for 2.5GHz spectrum for 5G is unclear at best.

Juniper Networks Scalable IP Services Fabric for Wide Area Networks
Juniper Moves the Network Out of the Way, So You Can Focus on Customer Experience
Get Connected with Chris Lewis Podcast: Cloud-Native & Distributed Edge Architectures in SP Networks
The Open Evolutions of the 5G Network
Rakuten and Juniper Discuss the Management of O-RAN Platforms
More Blogs from DanoVision
A closer look at the 5G midband buildouts of T-Mobile, AT&T and Verizon