Swiss Salt says an IPO is off the agenda for now

Rumors of a planned IPO swirled around Swiss operator Salt Mobile in 2021, as investors speculated whether or not a flotation in Zurich was likely to take place. It was also suggested that French billionaire Xavier Niel was looking to exit the company after seven years of investment.

Salt has now confirmed that an IPO is off the agenda  at least for the time being. In the presentation of its full-year results for 2021, the operator said it has decided to "currently refrain from alternative financing options, including an IPO" after conducting a thorough analysis of its financing needs and options.

The mood at the company certainly seems upbeat after what CEO Pascal Grieder said was "a very successful year for Salt."

"Despite strong competitive pressure, we were not only able to win additional customers but also to report excellent financial results," the CEO boasted. 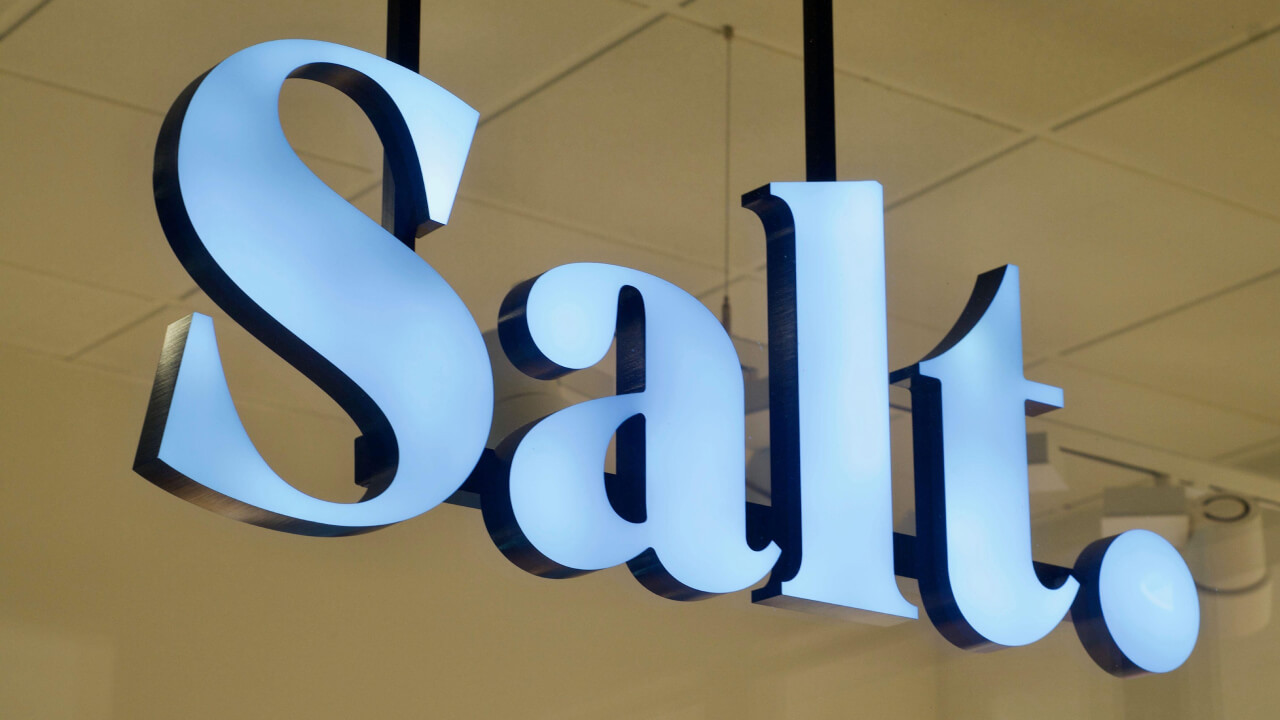 The operator also said it recorded the highest number of net new consumer customers since 2016, and registered an increase in the total number of mobile postpaid subscribers by 66,700 to 1,373,200 in 2021. The company is also hoping to ramp up B2B subscribers after launching the Salt Mobile PRO portfolio last year.

Somewhat more opaque was the situation regarding fixed broadband growth. Salt has been positioning itself as a fully convergent national telecom provider and sells fiber services under Salt Home.

In the third quarter of last year, the operator said it exceeded 150,000 high-speed broadband subscribers. However, it does not appear to have divulged Salt Home figures for the fourth quarter or 2021 as a whole.

The operator, which again underlined its intention to become a converged player, originally launched the Salt Home fiber service in 2018 via wholesale provider Swiss Fibre Net. Then in April 2021, Salt partnered with Swisscom to gain access to the incumbent operator's fiber-to-the-home (FTTH) network in future. The agreement would give Salt access to more than 3 million households by 2025.

However, Swisscom's FTTH deployment has been delayed because of regulatory and government objections to its planned range of wholesale offers. This in turn has affected Salt's strategy.

Last year, Salt conceded that the FTTH rollout would be delayed "in the short term," but said it had "great growth potential in its existing footprint, which we will exploit in the coming years."

It has provided little further clarity since then. In a statement, Salt merely said it sees a "great opportunity to significantly grow its current in-footprint market share by leveraging the expanding FTTH footprint as well as its fixed wireless access solution."