Small US carriers march toward 5G

TAMPA, Florida  Despite significant consolidation in the market, the nation's small wireless network operators are pledging to launch 5G services  regardless of the cost and in spite of any clear demand.

"We've yet to see the arrival of that final killer application for 5G," said Grant Spellmeyer, head of government affairs for UScellular, which counts around 5 million customers across 21 states. "We continue to believe it's coming."

Cellcom found that roughly half of its customers thought they already had 5G before the company launched it, according to CEO Brighid Riordan. "Everyone feels like they need to have it," she said.

"If we don't do 5G, we won't have anything that our subscribers want to have," agreed Allen Gillum, CEO of Appalachian Wireless.

Such comments capped the opening session of the CCA's Mobile Carriers Show here. The annual event brings together many of the market's smaller, regional wireless network operators that don't cover the entire country the way the "Big 3" (AT&T, T-Mobile and Verizon) do. The number of small carriers has been shrinking in recent years as companies like Shentel in Virginia, Monanta's Triangle Mobile, Bluegrass Cellular in Kentucky, Chat Mobility in Iowa and Blue Wireless in New York and Pennsylvania exit the market.

Nonetheless, the small carriers that remain  numbering around 100  typically follow in the footsteps of the Big 3 when it comes to technology trends and decisions. Such is the case with 5G.

"When you're small, you can't afford to be wrong," Gillum explained. 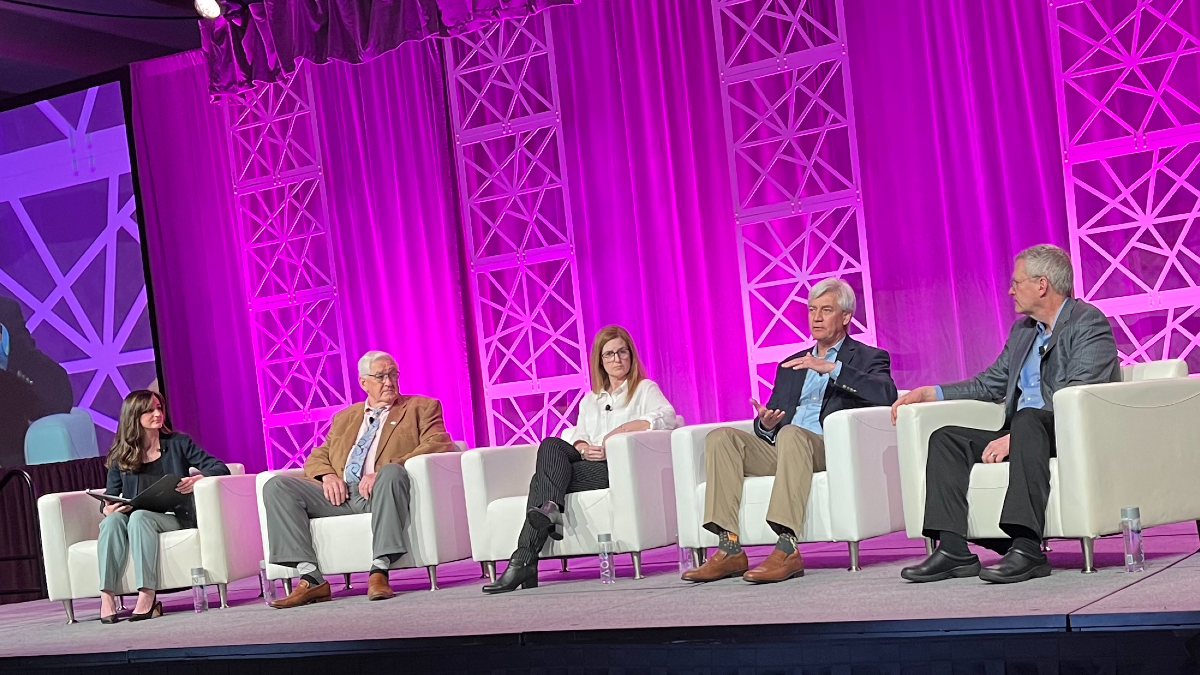 Gillum said that Appalachian Wireless has invested millions of dollars in purchasing low-, mid- and highband spectrum for 5G. He said that his company plans to deploy the spectrum using standalone 5G technology across its 302 cell towers in Kentucky and the Eastern US starting this year.

Gillum declined to name the company's equipment vendors or specify how much deployment will cost, but he said that the project would take roughly three years to complete. He added that about 80% of the company's cell towers already connect to fiber  an important first step in deploying 5G.

Beyond simply launching 5G, the operator executives on the panel also discussed other hot-button issues like fixed wireless access (FWA). Such services have gained the attention of investors following major efforts by Verizon and T-Mobile to roll out FWA to millions of customers.

"We're excited about the opportunities," UScellular's Spellmeyer said about FWA.

Gillum said that Appalachian Wireless is eyeing the FWA opportunity but hasn't yet developed a plan to launch the technology.

All the executives cheered the FCC's new rules for its upcoming 2.5GHz spectrum auction. The event, scheduled to start in July, promises to release a patchwork of midband spectrum licenses in mostly rural areas.

"We like this auction," said Cellcom's Riordan, noting that the license sizes are relatively small, which is attractive to smaller carriers covering discrete geographies.

Finally, the executives also discussed the possibility of additional government funding for the US wireless industry, whether through the massive Infrastructure Investment and Jobs Act (IIJA) or the FCC's planned 5G Fund.

Riordan said that she hopes the funding isn't held up by too much red tape.

Gillum said that such funding will be absolutely necessary in the next five to seven years for operators like Appalachian Wireless to continue offering services. Without government funding assistance, "it starts to look scary," he said.