Scenes from the Satellite Show

Figure 1: We have liftoff!

SpaceX sponsored a coffee counter outside the main registration area and it was easily the most popular stand at the whole show.
Figure 2: Sweets 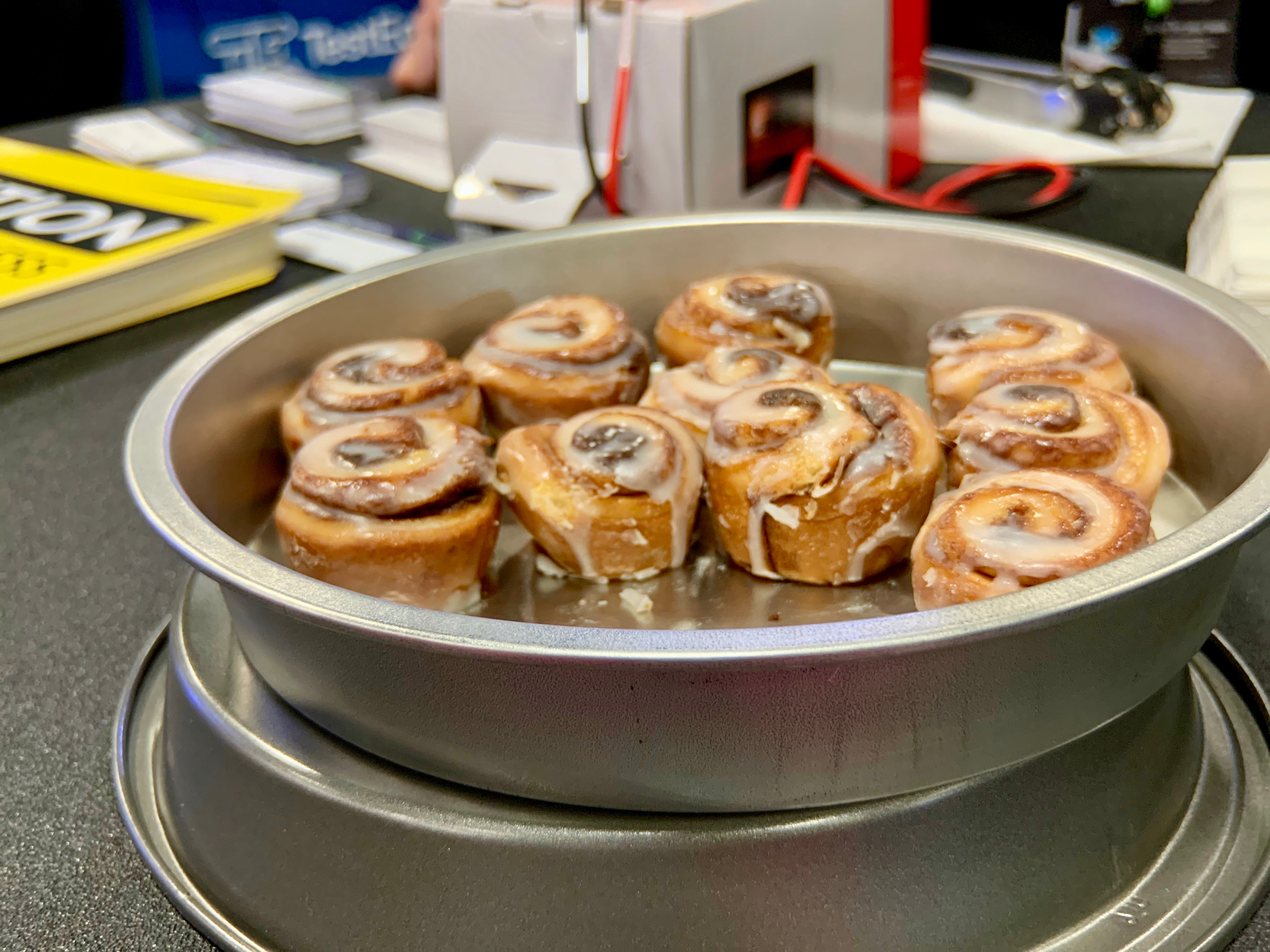 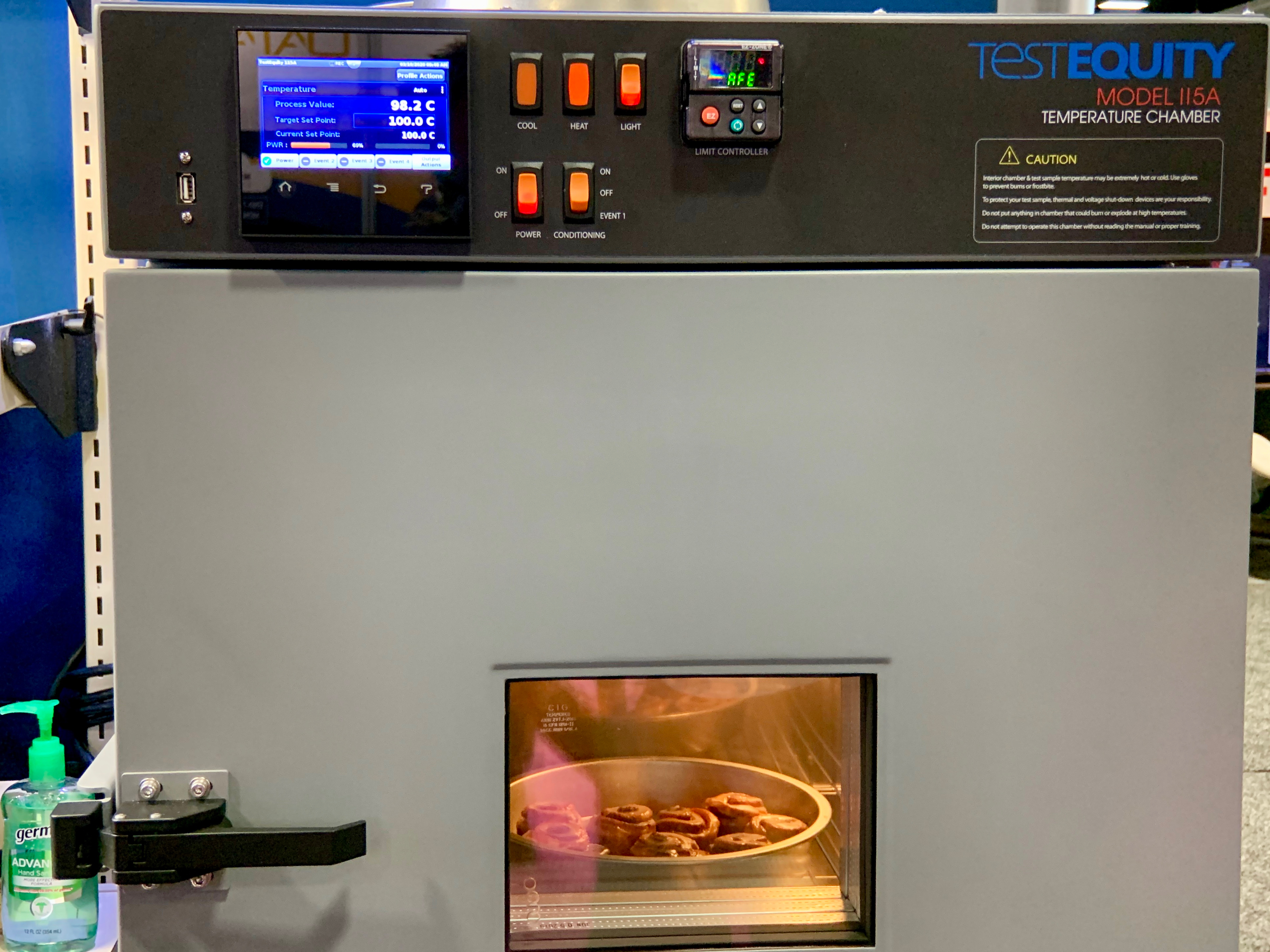 To warm up the cinnamon rolls, the TestEquity folks used a domesticated version of their $10,000 industrial component testing ovens.
Figure 4: Hardware 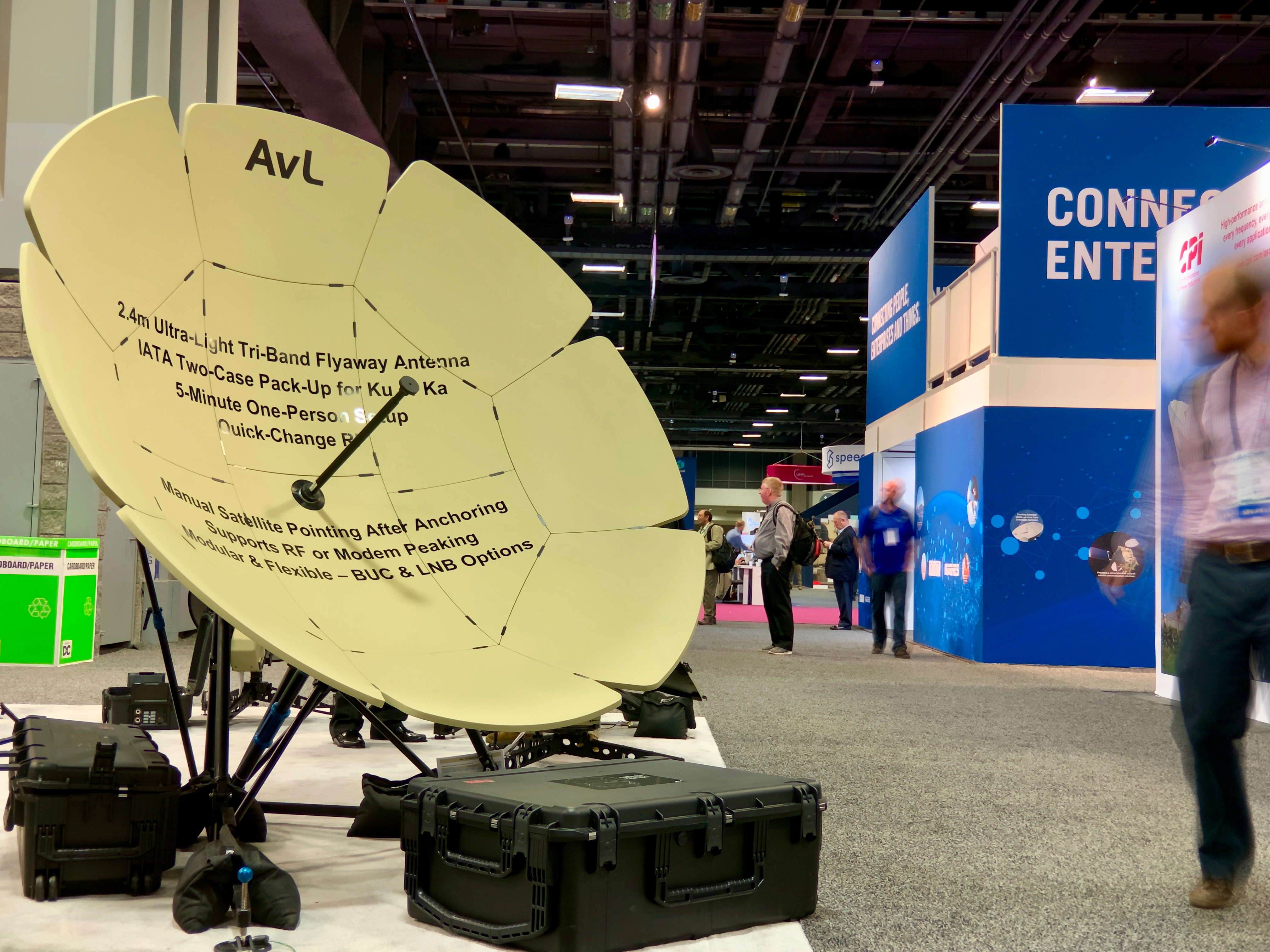 Nearly everywhere you turned at this show, there was some gigantic hunk of hardware.
Figure 5: The small stuff 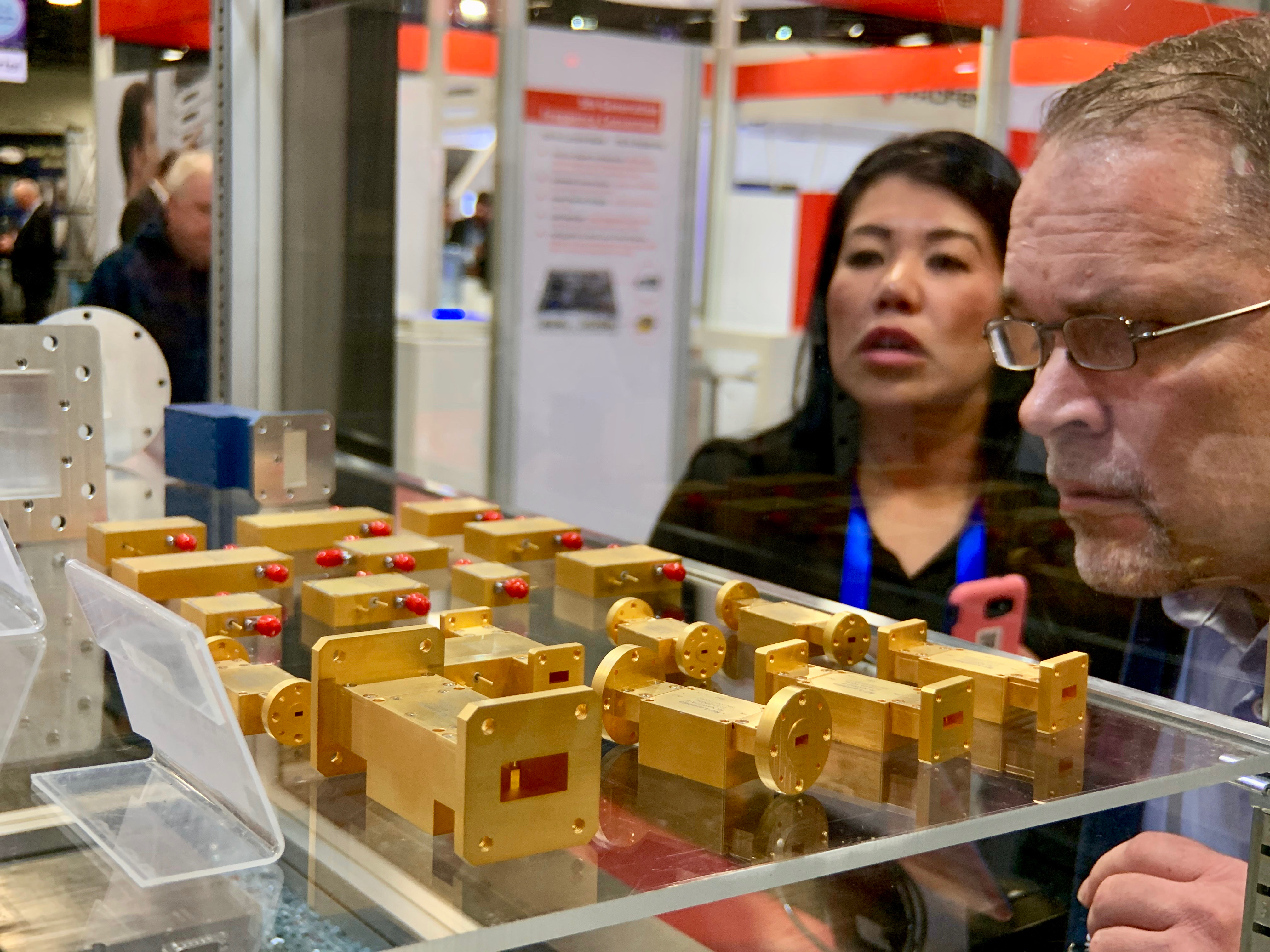 A potential buyer at the RF-Lambda booth gets a closer look at some broadband components.
Figure 6: Big air 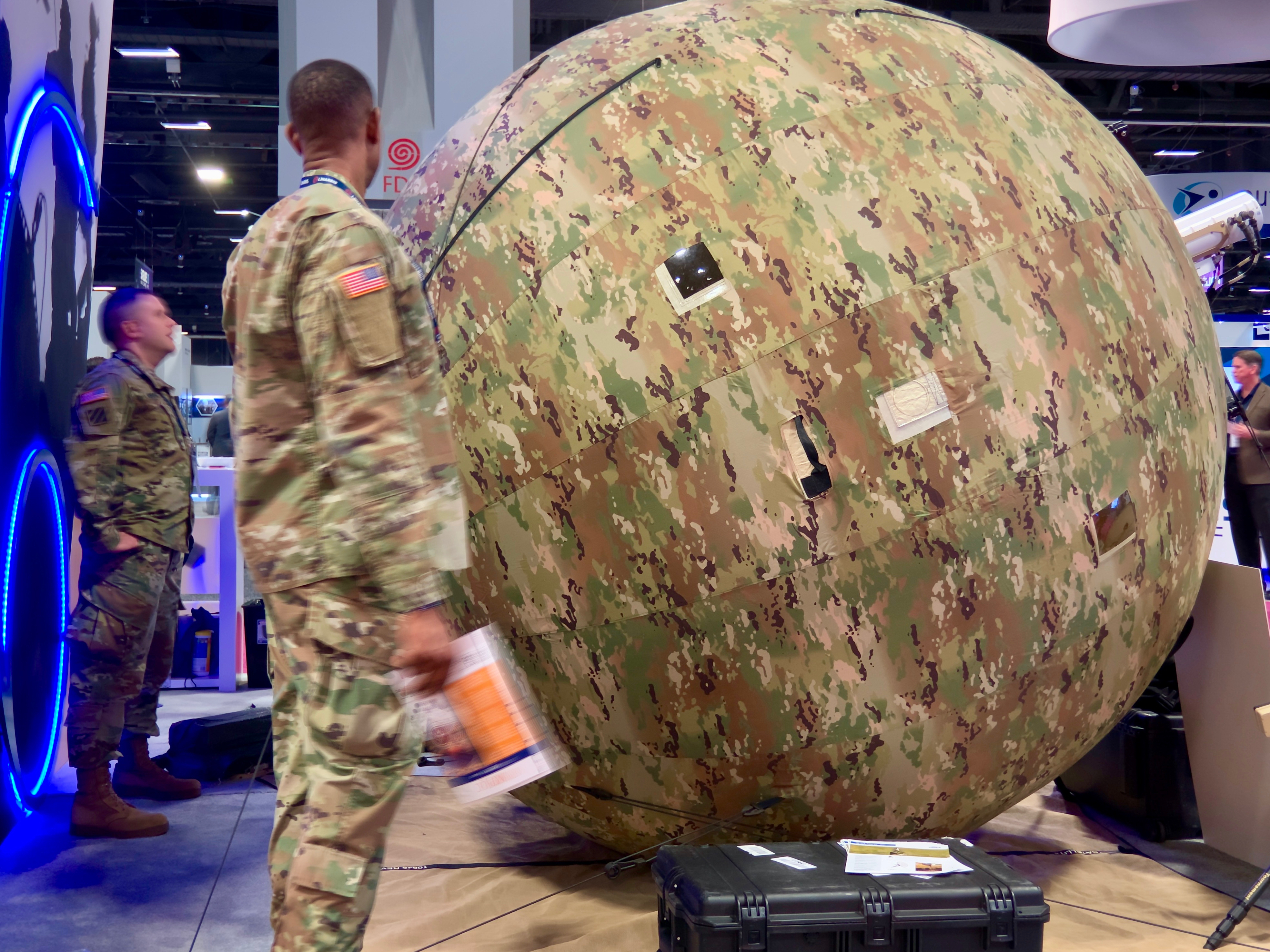 A company called Cubic showed off inflatable satellite antennas that the military uses for quickly setting up network communications with a satellite in remote areas.
Figure 7: Bigger hardware 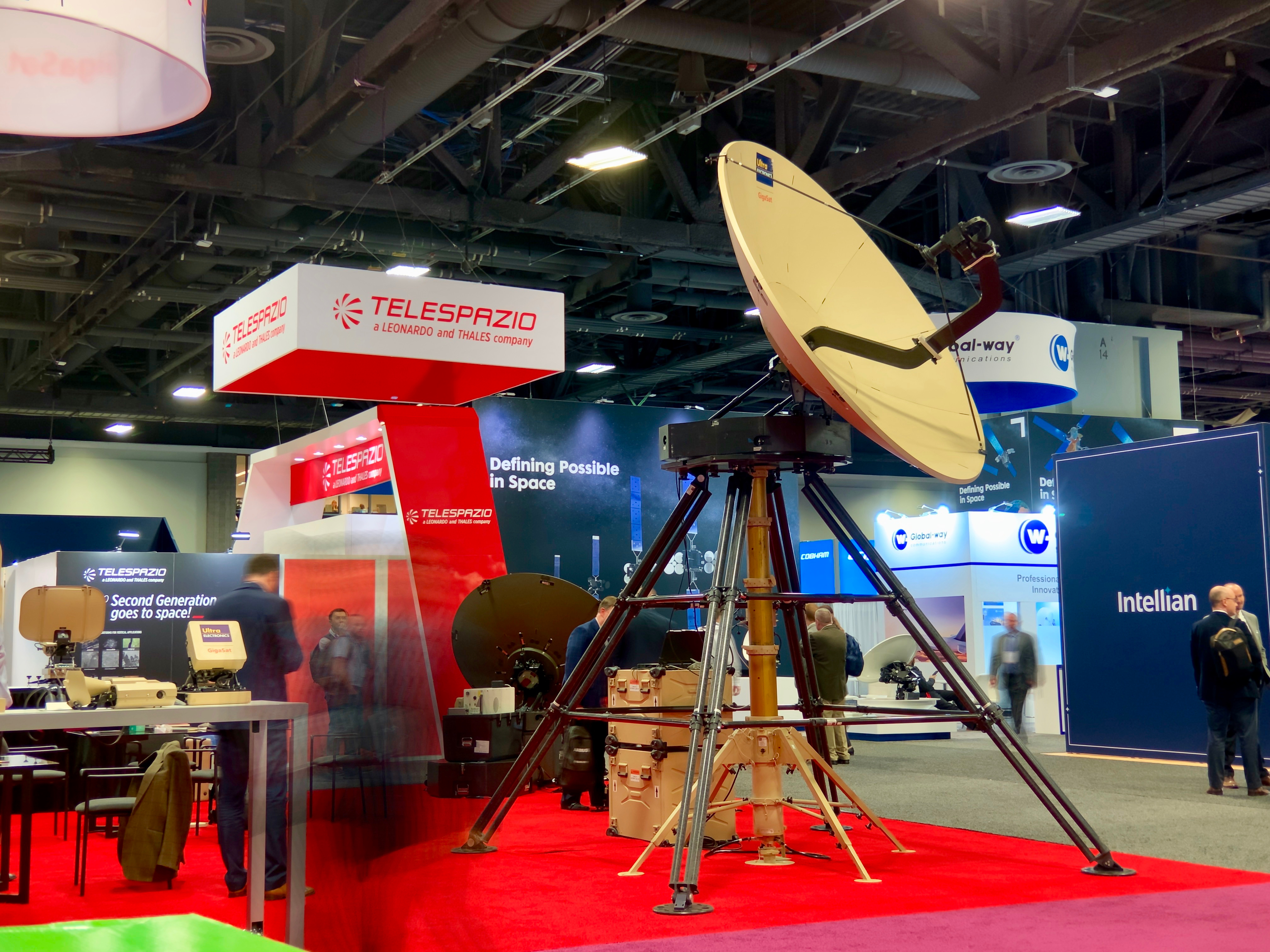 Did I mention this was a hardware show?
Figure 8: Best company name 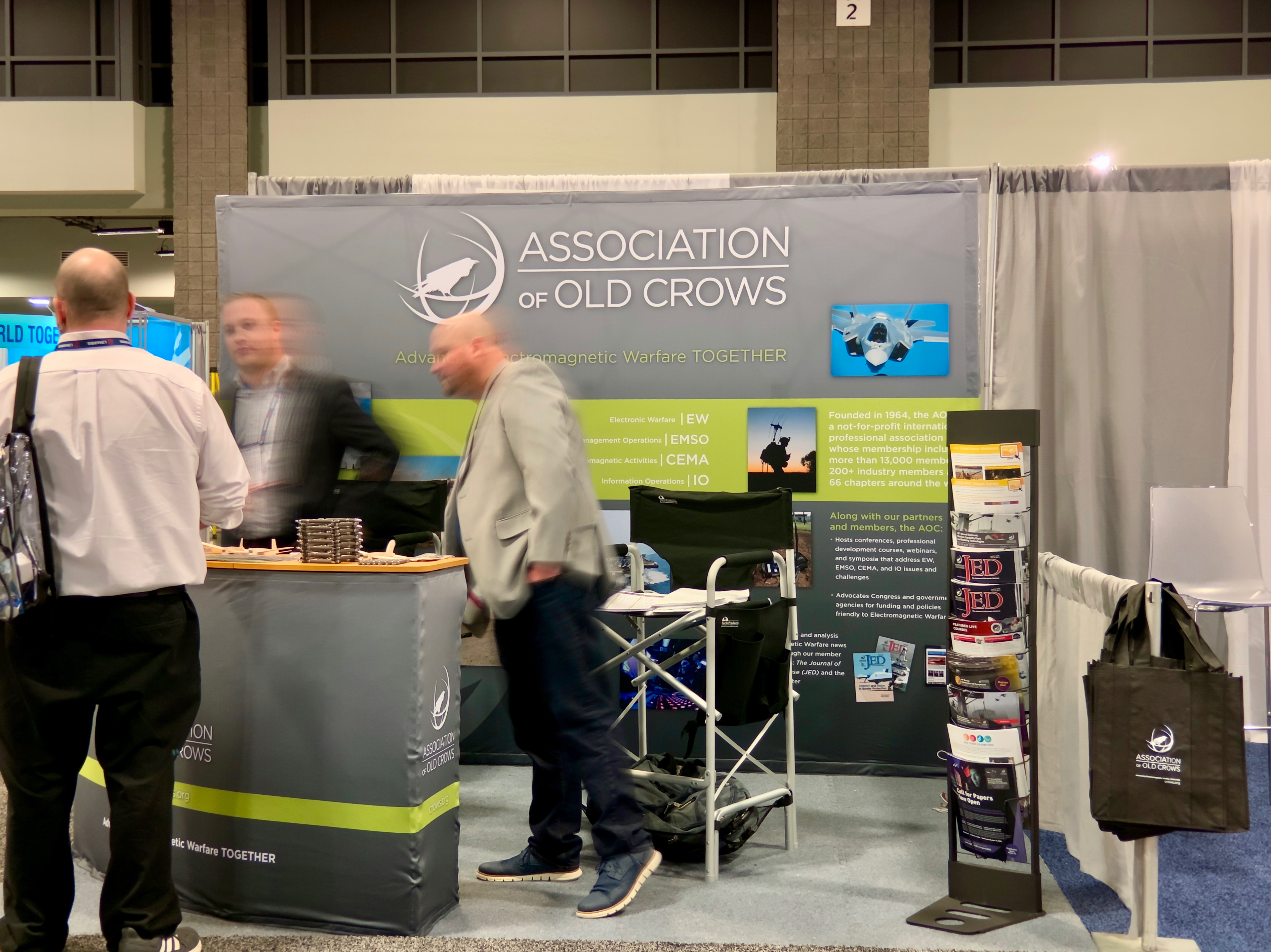 No idea what they do, but I'm sure I don't want to know.
Figure 9: Hughes is huge

The Hughes booth sat at the intersection of two really wide aisles, a detail that made the show feel as full as a mostly empty building possibly could.
Figure 10: Rocket stands

The ArianeGroup's stand was decorated with rockets that did not dispense coffee and did not heat cinnamon rolls. And you should have seen the puzzlement on their faces as I made those two very specific inquires.
Figure 11: Even better: Espresso stands 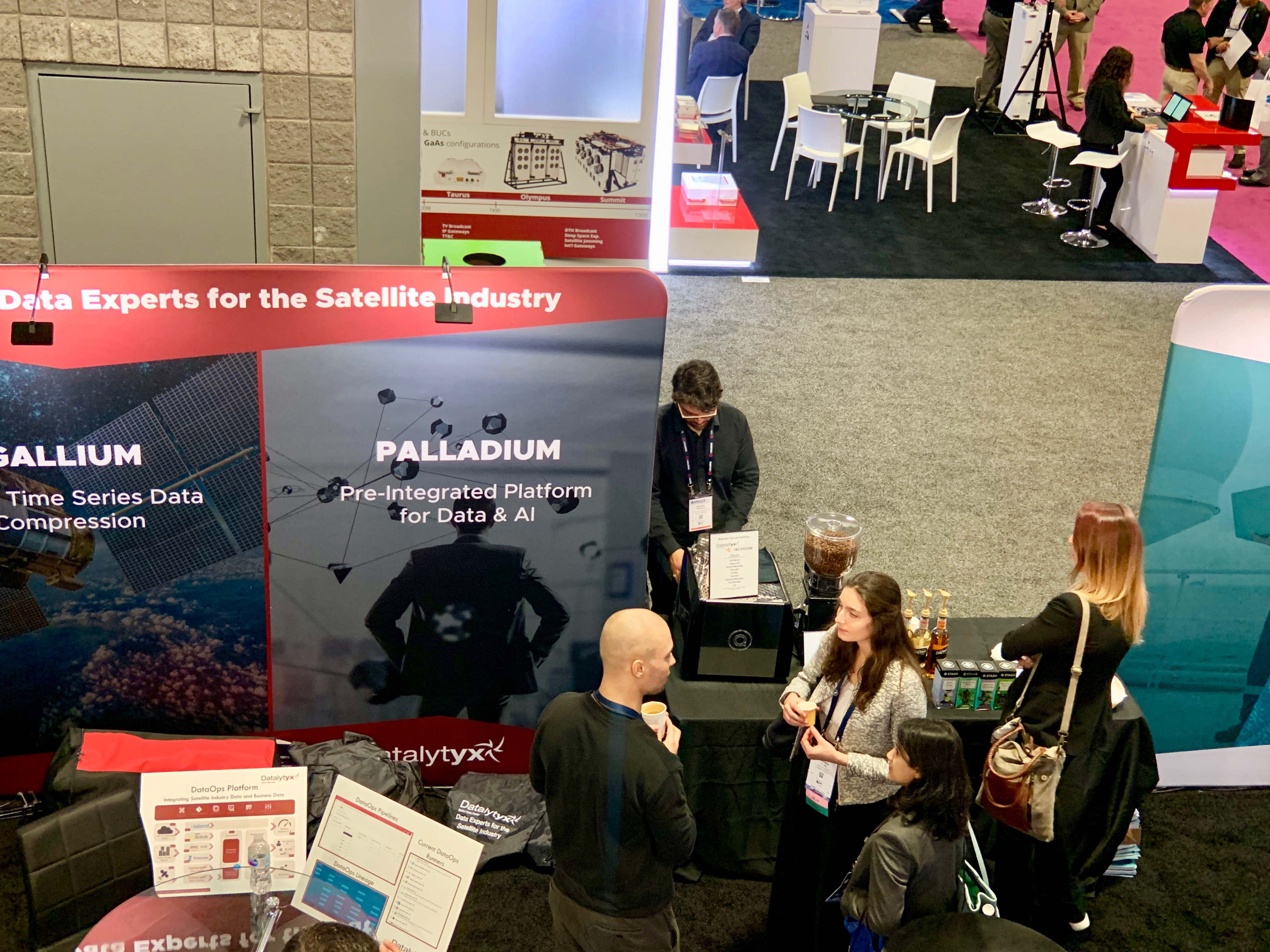 Please add Datalytyx to the list of companies that "get it."
Figure 12: Moon men 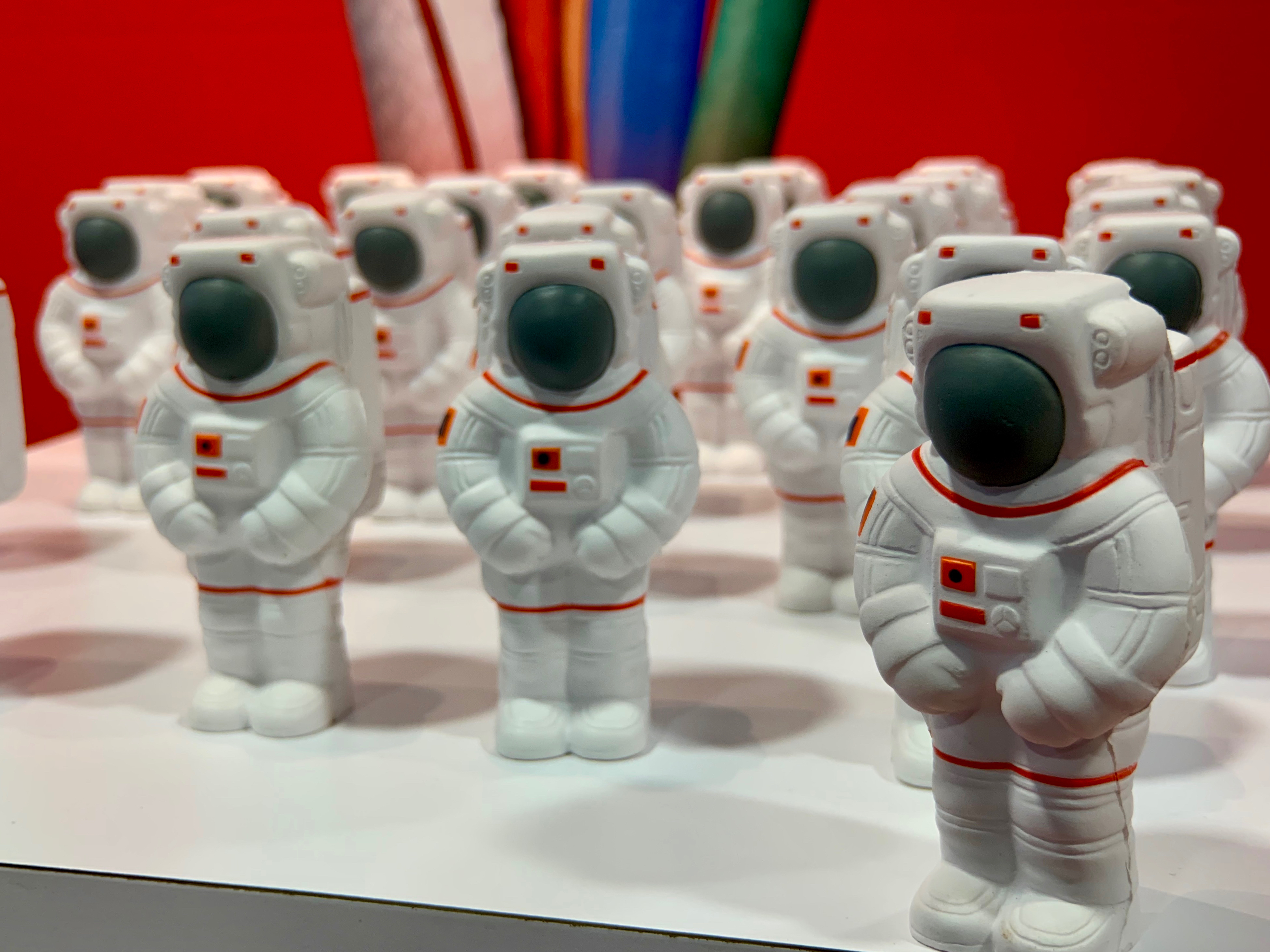 These were little astronauts at the W.L Gore & Associates stand. They are not health inspectors.
Figure 13: Quittin' time 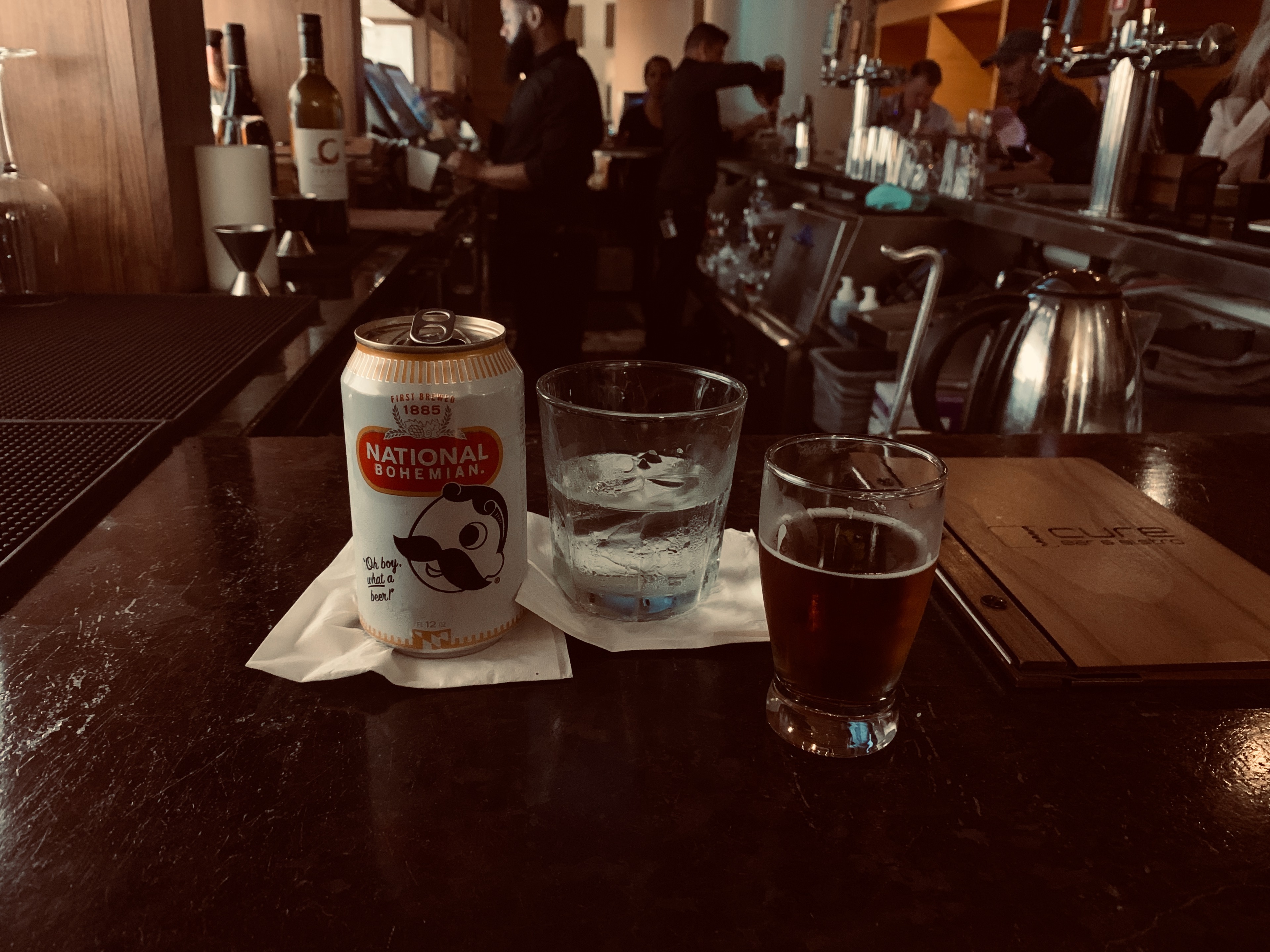 The Satellite Show ended early Wednesday afternoon instead of late Thursday morning, as scheduled. We found the abrupt schedule change gave us time to review our notes. And so on. Cheers!
Like what we have to say? Click here to sign up to our daily newsletter
Related Stories
COMMENTS
Newest First | Oldest First | Threaded View
Add Comment
Be the first to post a comment regarding this story.
EDUCATIONAL RESOURCES