Romania fails to sell all 5G spectrum as DT stays away

Spectrum auctions used to be crowded affairs with standing room only at the back, as companies fought over the frequencies needed for mobile services. They were a predictable jackpot for auctioneering governments. The UK's went on a public-sector spending spree after its sale of 3G licenses in 2000 netted about £22.5 billion ($26.8 billion). Even more recently, Italy literally managed to conjure 6.5 billion ($6.8 billion) from thin air by lumping most 5G spectrum into just two licenses when there were four bidders. The reaction? Picture Italian soccer fans scrapping over the last remaining seat for a World Cup final and you get the idea.

Romania, by contrast, could not even fill the stadium. The 5G auction that wrapped up this week left about a quarter of the airwaves unsold. The total government haul was less than 433 million ($451 million) for a 420MHz bonanza, compared with the roughly 6.4 billion ($6.7 billion) that Italy raised from selling only 260MHz of spectrum in similar bands. Even accounting for the population discrepancy between the two countries, this works out at just 0.05 per MHz per person in Romania, about an eighth as much as the price paid in Italy. What went wrong? 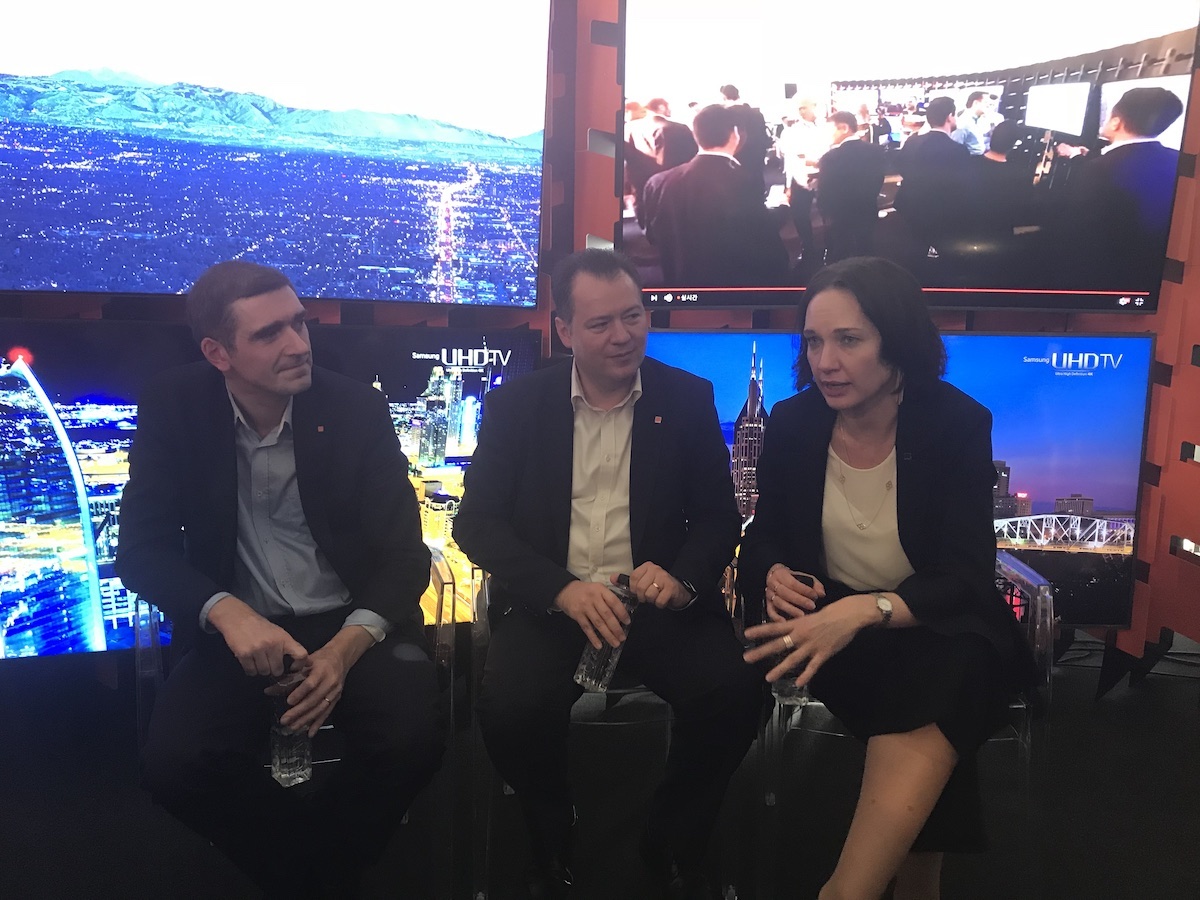 Nothing, as far as the operators will be concerned. Winning bidders Orange, RCS & RDS (yes, it's an odd name) and Vodafone must be overjoyed to have paid so little for their mobile licenses in a region of the world not known for government generosity toward telcos. Orange emerged as the biggest spender, forking out about 265 million ($276 million) for its 220MHz worth of licenses (there's a breakdown in the table below). But even Orange spent little to operate in what is one of central and eastern Europe's larger countries.

The number of winning bidders offers a major clue as to why the government take was so low. Romania is home to a fourth mobile network in the form of Telekom Romania Mobile Communications (TRMC). It has incumbent origins, as the name implies, but is today owned by Greece's OTE, itself under the control of Germany's Deutsche Telekom. And TRMC was a no-show at the latest auction, despite having about 4 million customers.

Romanian exit on the cards

This was not a surprise. Deutsche Telekom had already warned of its absence, noting in its recent financial report for the third quarter that "Telekom Romania Mobile Communications will not take part in the auction." But it implies Deutsche Telekom sees no future in Romanian mobile. What operator with long-term plans would not bid for the spectrum linked to the latest generation of mobile technology? And Deutsche Telekom has already quit Romania's fixed-line market, selling that business to Orange last year.

Its no-show at the auction explains why there was no dash for seats and why some of those spectrum slots remained empty. But it is perhaps not the only reason for the low prices. Romania comes to the auction of 5G bands years after other countries first sold them. In the interim, Romanian networks appear to have launched 5G services in spectrum bands they were already licensed to use. This does not lessen their need for additional airwaves. It arguably has the opposite effect as the same amount of spectrum is burdened with new technologies. But it does mean operators have had a taste of 5G that has probably not been as sensational as they expected. 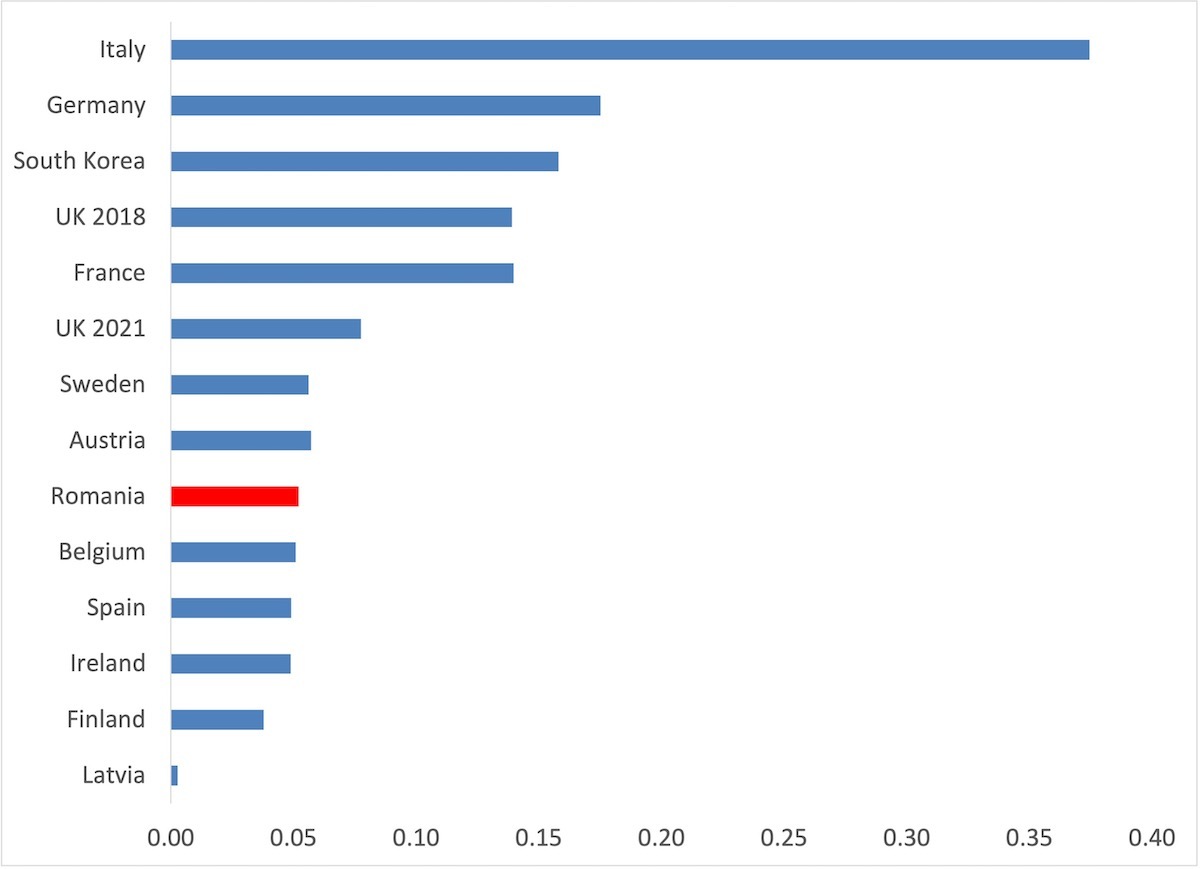 (Source: companies, regulatory authorities)
(Note: All figures are for mid-band spectrum except Romania's, which is for bands between 700MHz and 3800MHz)

Several years into the meal, few operators globally seem very well-nourished by 5G so far. The hope is that later releases and upgrades to a more sophisticated core network will lead to service innovation. But even if this does happen, nobody is convinced operators will be the main beneficiaries.

On top of all that, the world is possibly entering a major recession. Energy prices have spiked, broader inflation is now rampant in some countries, technology companies are laying off staff and interest rates are being jacked up. In this environment, no sensible company is going to spend hundreds of millions of dollars on spectrum.

This is a good outcome for an industry used to being fleeced by regulators whenever spectrum comes up for sale. On the other hand, it does leave the market looking very lopsided, with Orange now holding about 38% of all licensed spectrum and TRMC owning just 13% of it, according to the Romanian regulator's figures. Operating competitively with such thin gruel will be difficult for TRMC, as Deutsche Telekom will surely know. Even more reason to expect a Romanian exit.