It's not what mobile network operators, suppliers and go-ahead governments want to hear.

An essay by Professor John William Frank, published by the Journal of Epidemiology & Community Health, calls for a moratorium on further 5G rollout. 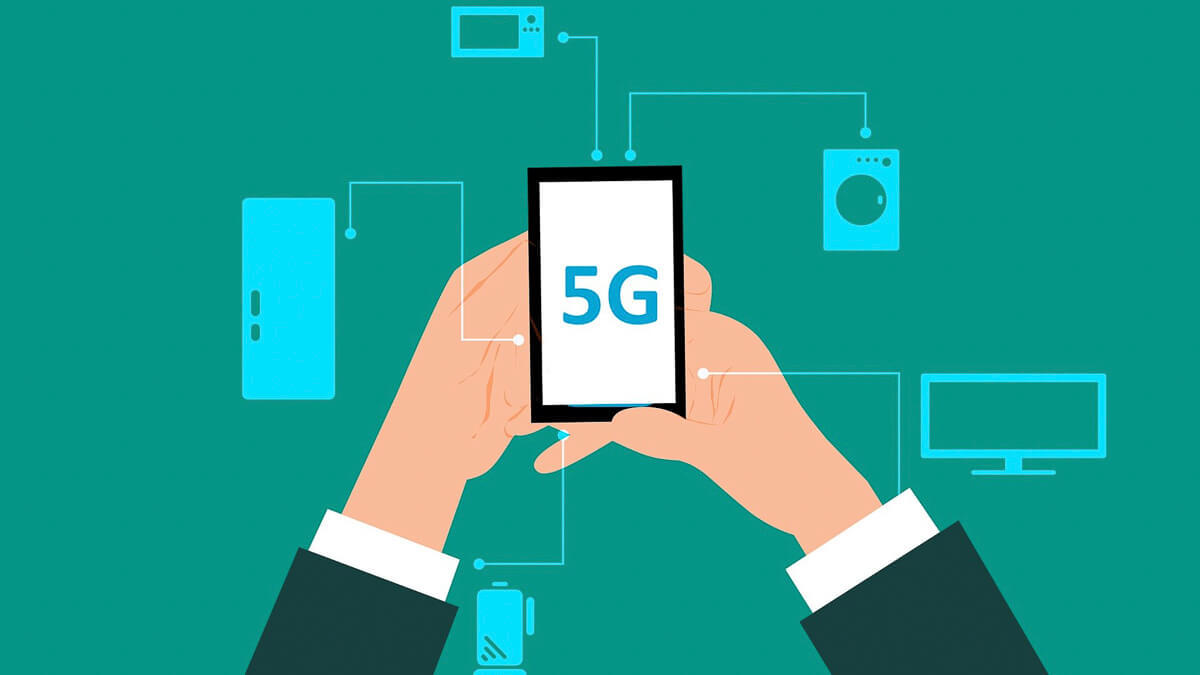 Something in the air: As 5G continues to roll out, IoT will be a key driver. But should we be more cautious? (Source: mohamed Hassan from Pixabay)

Frank, after evaluating copious amounts of research of what he describes as "varying scientific quality," concludes in his essay  "Electromagnetic fields, 5G and health: what about the precautionary principle?"  that industry and health agencies should "err on the side of caution."

The precautionary health principle championed by Frank is when "significant doubt about the safety of a new and potentially widespread human exposure should be a reason to call a moratorium on that exposure."

First off, Frank can hardly be dismissed as a crackpot.

An experienced epidemiologist and chair of public health research and policy at the University of Edinburgh's Usher Institute of Population Health Sciences and Informatics, Frank rightly has no time for wild-eyed conspiracy theorists who see a link between 5G EMF exposures and COVID-19.

Frank worries that the health impact of 5G's higher frequencies and what he sees as shorter distances between transmitters have not been investigated properly.

He thinks too that newer technologies associated with 5G, such as pulsing, beaming, phased arrays and massive MIMO, have been "relatively unevaluated in terms of safety," and that national telecommunications regulatory authorities  from his viewpoint  are not basing their RF-EMF safety policies on the latest science due to "unmanaged conflicts of interest."

ICNIRP in the wrong?

Frank pretty much accuses the International Commission on Non-Ionizing Radiation Protection (ICNIRP), an independent organization, of not being rigorous enough in its RFEMF guidelines  updated last March  on exposure limits to electromagnetic fields in the 100KHz300GHz frequency range.

One reason ICNIRP is getting it wrong on its recommended levels of permitted exposures, according to Frank, is that they are based solely on the acute thermogenic (heat-producing) effects of RF-EMF in animal tissues.

By contrast, says the professor, more conservative jurisdictions' guidelines are based on a wider variety of biological and health effects documented in recent decades, "including effects resulting from chronic rather than acute exposures, and effects not mediated by thermogenesis."

ICNIRP is of course an important industry player, since its recommendations on RF-EMF exposure limits are typically taken on board by the World Health Organization (WHO).

Frank ruefully notes, however, that the updated guidelines  which take into account 5G's arrival  have "essentially not changed" since the last batch of recommendations ICNIRP made to WHO in 1998.

Frank's essay, which draws on international comparisons, states that the highest permitted RF-EMF exposures based on the latest ICNIRP guidelines are those used in the US, the UK and "most of the EU."

Given such a wide divergence in legislated maximum exposure limits in different countries, it suggests to Frank that there's no scientific consensus on RF-EMF safety limits and that more scientific work needs to be done. Another reason, he argues, to invoke the precautionary principle.

Not so fast, professor

Crawshaw, however, reckons Frank is misreading 5G and that some perspective of the less alarming kind is needed.

For one thing, Crawshaw points out that denser 5G networks, where basestations are located more closely together  one of Frank's concerns  will not be the case initially as operators are simply adding 5G radios to their existing cell sites.

"Most of the electromagnetic energy that people are exposed to comes from their cellphone, not the basestation," continues Crawshaw.

"A denser network means the cellphone does not need to transmit signals with as much power, because it is closer to the receiver, thereby lowering the radiation exposure for the user."

"By focusing the radio waves emanating from the cell tower towards a particular user or group of users you can reduce the overall energy used by the basestation and avoid unnecessary radio waves being directed elsewhere," he explains.

"A similar principle applies with MIMO. It is not designed to increase the amount of radio wave energy but to reduce it, making the system more intelligent and able to get a good signal at lower power levels."

Neither does Crawshaw think that ICNIRP guidelines, which state that RF power density should not exceed 10 Watts per square meter, are recklessly liberal.

"To put the ICNIRP limit of 10 W/sqm in perspective, on a clear summer's day the sun blasts you with around 1000 W per square meter of high frequency radiation [light]," he says. The peak energy density from mobile phone signals measured in Canary Wharf [a part of London] is one hundredth of 1.5% of the intensity of sunlight."

Crawshaw mentions Canary Wharf because a study by regulator Ofcom showed it had the highest exposure levels measured in the UK, but that was still only 1.5% of ICNIRP's recommended limit.

But what about dangers posed by 5G's use of higher frequencies and millimeter wave spectrum?

Crawshaw is at pains to point out that it's the intensity of radiation which is the critical health risk, not the frequency per se. Visible light, he notes, has a frequency a million times greater than a millimeter wave.

"As you go above the frequency of light [X-rays, Gamma rays], the radiation can be sufficient to ionize atoms, when electrons are detached from atoms, which is extremely hazardous to health," says Crawshaw.

"But the radio waves of 5G are operating at less than a millionth of the frequency of light and hence there is no risk of ionization."

Industry, not surprisingly, doesn't take kindly to suggestions it might be rolling out unsafe mobile networks and that due diligence has been overlooked.

Mobile UK, a trade association for the UK's mobile network operators, was quick to issue a rebuttal to Frank's call for a 5G moratorium.

In a statement, Mobile UK said "extensive research" has been going on for "decades" in assessing whether mobile phones or network signals, including 5G, could pose a health risk to humans.

"The strong consensus of expert groups and public health agencies, such as the WHO and Public Health England," maintained Mobile UK, "is that no health risks have been established from exposure to the low-level radio signals used for mobile communications."

It stood by the international guidelines that were updated in March 2020, which it said reflected the most recent research and the arrival of 5G. "Therefore," concluded the trade association, "any calls to delay or postpone the rollout of 5G are not supported by the extensive evidence available."

Frank told Light Reading this was a "very standard denial response" from the telecoms sector, "and does not stack up with the considerable scientific uncertainties in this field."

Yet for others, including ICNIRP and WHO – as well as Omdia's Crawshaw – the case for a 5G clean bill of health is a robust one.

In its latest guidelines, which are choc-a-bloc with references to scientific research, ICNIRP is adamant that there's nothing of substance to worry about.