Former T-Mobile's CEO John Legere's dismissive comments from 2018 that he viewed Comcast's Xfinity Mobile service as "very irrelevant" and Charter Communications' Spectrum Mobile service as "irrelevant squared" continue to age about as well as a can of sardines languishing in the sun.

And let's not forget that Legere also opined then that the cable ops were "incompetent, and they don't belong in wireless without having owner economics."

Legere's long gone from T-Mobile, but some three years after his fateful comments, the mobile offerings from Comcast and Charter, which are backed by an MVNO deal with Verizon, have a combined 6.32 million lines in service – 3.38 million lines for Comcast and 2.94 million for Charter.

Meanwhile, Comcast declared in April that its mobile business is now profitable. Charter, meanwhile, is on its way toward matching that distinction.

And to top that all off, both are now among the top-ranked MVNO services, according to a new study from J.D. Power.

Adding to the irony, the MVNO piece of JD Powers' latest study of the mobile market found that Charter's Spectrum Mobile tied with T-Mobile's "Metro" MVNO service for the top spot. Comcast's Xfinity Mobile, meanwhile, outpaced the performance of the MVNO market average as well as Boost Mobile, the former Sprint MVNO that is now in the hands of Dish Network. 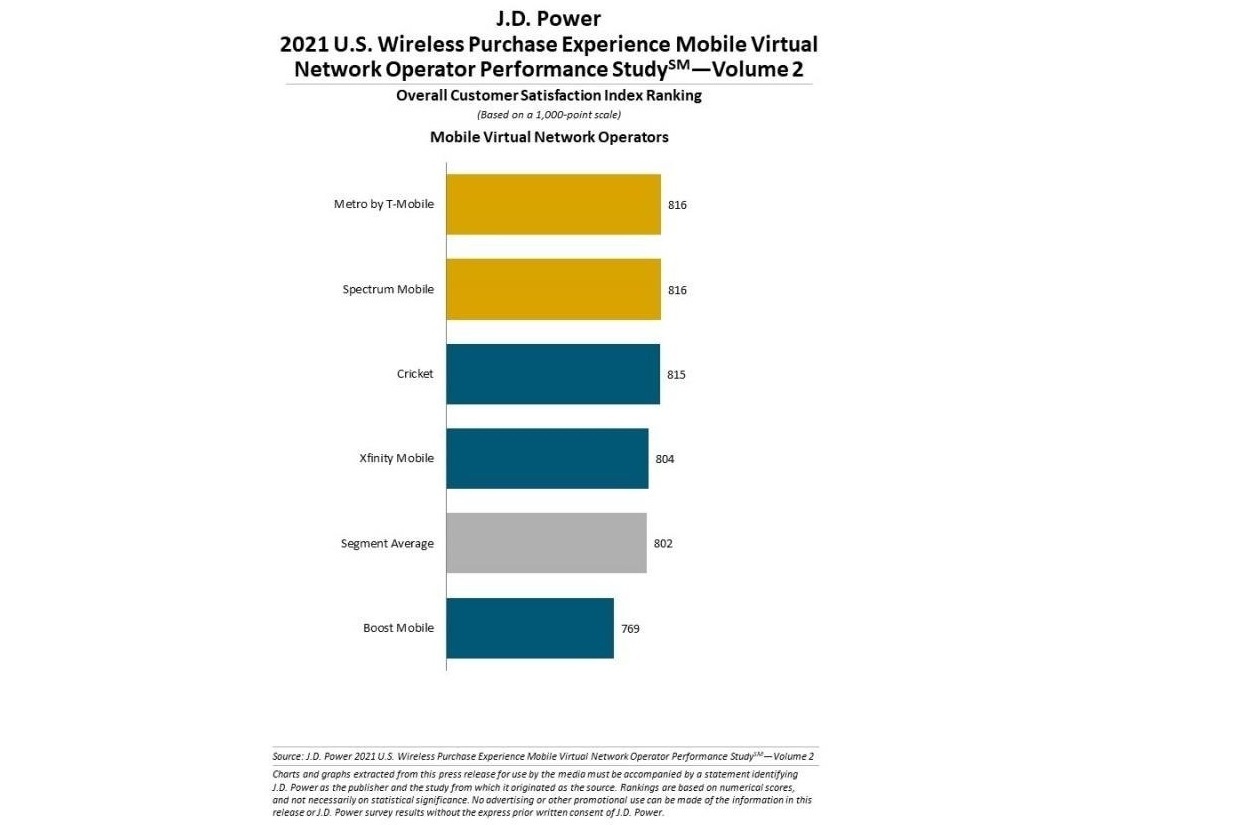 According to J.D. Power, this is the first time that a cable company has achieved the top ranking among MVNOs.

Among "value" MVNOs, Consumer Cellular was again ranked the highest, beating out TracFone, which is in the process of being acquired by Verizon, and Straight Talk, according to the study.

Though it had to share the MVNO crown with Charter, T-Mobile again had bragging rights among US mobile network operators, ranking the highest for the eighth-consecutive "volume"/study that J.D. Power has conducted on the mobile sector. AT&T was second. 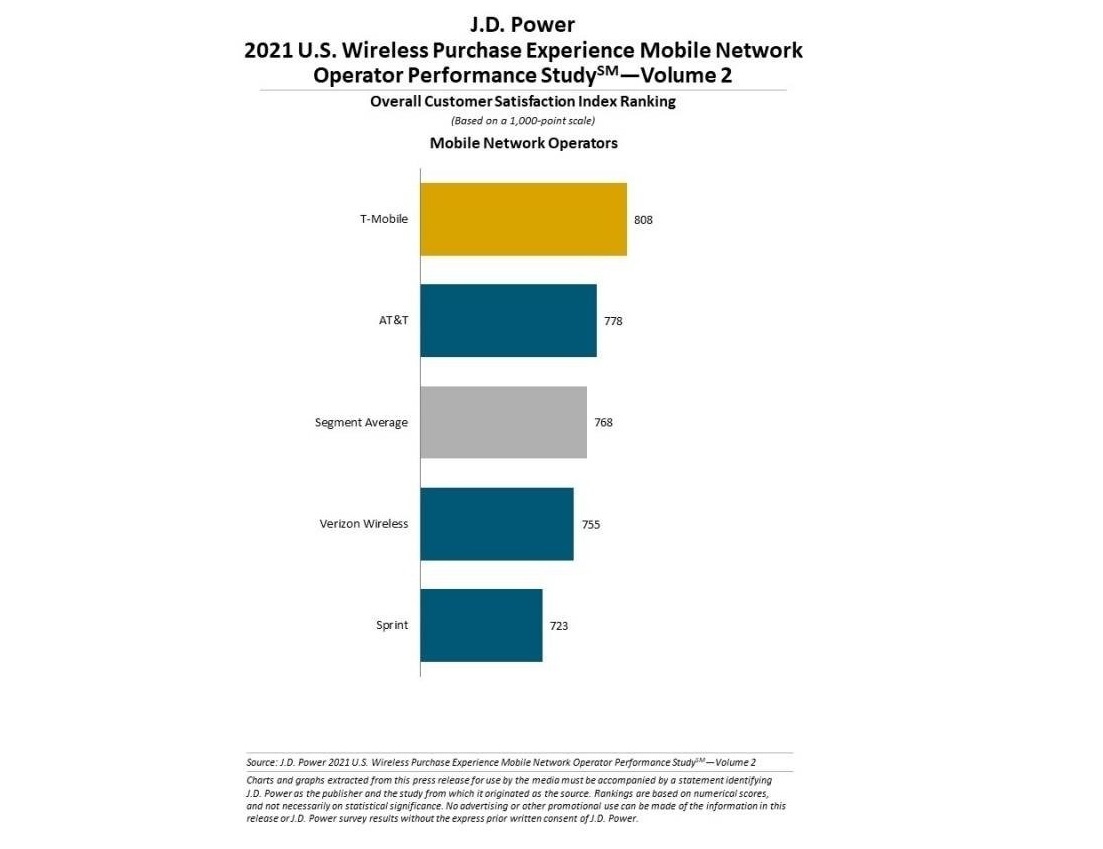 The organization said overall purchase experience satisfaction with both MNOs and MVNOs is measured in two factors: Cost and Promotions, and Purchase Process.