O-RAN meets GSMA: The start of a beautiful friendship?

One is the disruptive wild child of the networks technology sector. The other is a fusty association of ageing telecom companies. Now they are pooling their efforts to avoid an upset down the road.

The rebel is the O-RAN Alliance, a group developing a rival technology to that used in most of today's mobile networks. It is teaming up with the GSM Association, a trade association for the mobile industry and bastion of mainstream mobile technologies. Punk rock has invaded the country club.

Anarchy in the network 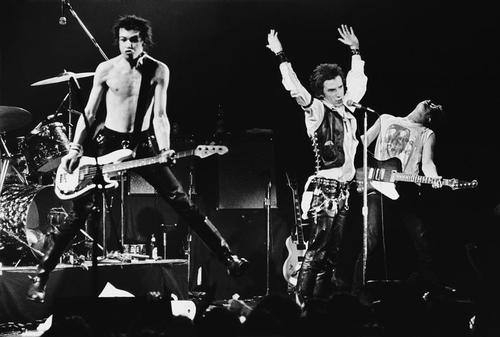 Not the sort of music typically played at the country club.

There are certainly good reasons for the latest partnership. Formed about two years ago, the O-RAN Alliance is working on specifications for alternative interfaces to those commonly found in mobile networks and backed by groups such as the GSMA and 3GPP, a standards body. The problem with existing interfaces, it says, is their closed nature, forcing operators to buy all their kit from the same vendor (or, at least, from that vendor's approved partners). Its more "open" alternatives promise interoperability and a melange of suppliers, all playing harmoniously in the same network.

The demand for this change has come from many of the mobile operators that sit within the GSMA. For years they have complained about vendor "lock-in" by suppliers such as Ericsson, Huawei and Nokia, the three power brokers of the mobile equipment industry. Open RAN, they hope, will lead to a more competitive supplier market and lower costs. For many, it could also be an alternative to Huawei, a Chinese vendor out of favor in the US and other Western markets because of allegations that it spies for the Chinese government and regularly flouts international trade rules.

In isolation, the O-RAN Alliance and the GSMA risk working at odds with each other on the development of technologies that will underpin 5G and future mobile standards. The possibility of this "fragmentation" is acknowledged by the GSMA in its statement on the new partnership. Overlapping membership lists and common objectives augur well for the tie-up.

Trouble is, Ericsson and Huawei, usually two of the big spenders at the GSMA's Mobile World Congress event (aborted this year because of coronavirus), still seem to regard open RAN as a juvenile delinquent out to vandalize networks. Ericsson, for sure, is a member of the O-RAN Alliance, along with Finland's Nokia, but its current view is that open RAN is a dodgy substitute for tried and tested 3GPP technologies. Huawei is even more antagonistic, remaining on the outside of the O-RAN Alliance and similar groups.

Germany's Deutsche Telekom and the UK's Vodafone, two open RAN enthusiasts, want the big vendors to embrace the new technology. A show of enthusiasm for it would probably spur development, even if it risked upsetting the smaller companies that have promoted open RAN as a revolution against the vendor establishment. If the partnership between the GSMA and the O-RAN Alliance is a further demonstration of telco interest in open RAN, it might help sway the big vendors.

It might even light the way to a future tie-up between the O-RAN Alliance and the 3GPP, or the inclusion of O-RAN Alliance specifications in mainstream standards. That really would be a shake-up given the small number of big companies that currently dominate standardization activities.

Nevertheless, unless they have a masochistic urge, parts of the GSMA's huge machine can hardly be enthusiastic about open RAN and its entire message about finding alternatives to the big three mobile kit suppliers. Open RAN's proponents must hope the latest partnership does not hinder progress or make open RAN a less effective tool.

This is not the first partnership the O-RAN Alliance has struck this year. Several weeks ago, it announced a similar tie-up with the Telecom Infra Project (TIP), a Facebook-led group that is building open network technologies. Avoiding fragmentation was an incentive in that case, too. But TIP, like open RAN, is one of the business disruptors. Making sweet music with the establishment will be a tougher act.