Coronavirus and setbacks in the Chinese market have taken a chunk out of Nokia's recent sales, even as cost-saving measures delivered a boost to profitability, lifting shares in Helsinki this morning.

The Finnish equipment vendor, which counts Huawei and Ericsson as its main rivals, said the pandemic wiped about 300 million ($355 million) off its second-quarter revenues, which fell 11%, to about 5.1 billion ($6 billion), compared with the year-earlier period.

Figures show that sales plummeted 41% in China, to just 302 million ($358 million), after Nokia missed out on the award of lucrative contracts for the rollout of 5G radio access networks. 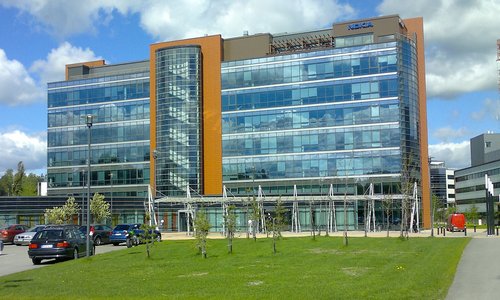 Nokia anticipates 5G opportunities amid the backlash against China's Huawei.

Huawei and ZTE, a smaller Chinese vendor, picked up about 90% of that work, with Ericsson landing the remainder. Chinese operators are expected to roll out around half a million 5G basestations this year.

The upset prompted Nokia to abandon its 5G radio business in China, but CEO Rajeev Suri, who leaves the company next month, today insisted Nokia could still be a meaningful player in other parts of the Chinese market, including the fixed-line, IP routing and optical equipment sectors.

"We are taking a prudent position in China," he told reporters on a call earlier today. "We will only take deals where we see a good medium- to long-term profitability profile."

Thrifty Finns
The focus on profitability and cash generation gave an unexpected boost to Nokia's gross margin, which rose to nearly 40% from about 37% a year earlier.

That helped Nokia to achieve a small net profit of 85 million ($101 million) for the second quarter, compared with a loss of 191 million ($226 million) a year earlier.

Suri said that recent cash generation, leaving Nokia with about 7.5 billion ($8.9 billion) in total cash at the end of the second quarter, would help it to invest in research and development and weather the COVID-19 storm.

Shares were up 11% when the market opened in Helsinki this morning as investors reacted positively to the update on profitability.

The stock tumbled in October 2019 when Nokia alerted analysts to 5G product difficulties – caused partly by its decision to use more expensive customizable chips in its equipment in preference to application-specific components. 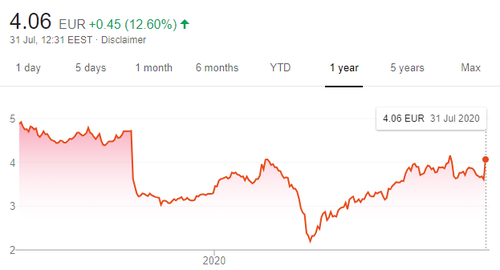 The mistake resulted in a loss of competitiveness, but efforts to correct it were partly responsible for the recent margin improvements.

About a quarter of Nokia's 5G products now use less costly ReefShark-branded chips, up from 17% in the first quarter, although a full transition is not expected before the end of 2022.

"Expanding the use of the ReefShark family is driving lower product costs, which is driving a better performance and an increased confidence in the overall portfolio, which then allows you to be more disciplined when it comes to going after deals," Kristian Pullola, Nokia's chief financial officer, told Light Reading.

Due to leave the company as part of its management overhaul, Pullola said Nokia remained on track to slash annual costs by around 500 million ($592 million) by the end of this year compared with the 2018 figure, despite some unfavorable currency movements.

Nokia last month confirmed reports it would cut 1,233 jobs in France as part of its savings program.

Average headcount at the company fell by nearly 5,000 roles in 2019, leaving Nokia with 98,322 employees according to its most recent annual report.

The savings program has stoked concern about the long-term impact on research and development.

As major rivals either increase or maintain spending in this area, Nokia's networks business cut investments by 4% in the first half, to 1.46 billion ($1.73 billion).

"We are making efficiency improvements on the R&D side," said Pullola. "We are also reinvesting a lot of that into 5G to improve our product position."

Margin improvements have stemmed partly from the increase in the share of business done outside the intensely competitive Chinese market, he acknowledged.

Nokia is also pulling out of less profitable deals, where possible, and now expects to "slightly underperform" its main addressable market this year because of that shift.

"We are doing a proactive reduction of low-margin services business," Suri told reporters.

"Our profitability will be better, and our cash will be better, which we outlined by upgrading margin expectations, but it does mean we will perform less than the market."

Nokia expects the overall market to be "flat" this year, and is now guiding for an operating margin of 9.5% for the year, up from 9% previously.

A rise in the company's share price today may reflect optimism about 5G opportunities arising from the backlash against China's Huawei, which faces exclusion from parts of Europe.

"We are seeing concrete mid-term opportunities and think we are well positioned in terms of product availability and capacity," said Suri in a comment about the latest geopolitical turbulence. "We are reading and able to provide necessary support."

China syndrome
A breakdown of figures shows that Nokia's mobile access business, accounting for nearly half of total sales, suffered a 12% drop in revenues.

There were smaller declines across all other product lines, including the IP routing and optical businesses.

China's current focus on building 5G radio access networks was partly to blame for the slowdown in other parts of Nokia's business, according to Pullola.

"It is clear there is some shift into mobile radio now, but over time we do see that China continues to be an important market for us," he said.

"They blame a tough comparison with the prior year when sales grew 11%," said James Crawshaw, a principal analyst at Omdia, in a LinkedIn update.

Nokia's operating margin was still a "respectable 15%," said Crawshaw, adding that figures would have been healthier if Nokia had included intellectual property rights in the total, as rival Ericsson does.

On a brighter note, the company's newish enterprise division had another strong quarter, with sales up 18%, to 376 million ($445 million). Success in the "webscale" and private wireless markets buoyed those numbers, said Suri.