Nokia tumbled out of China's market for 5G radios last year when it failed to win any deals with the operators. Armed with a more competitive set of products, it is knocking at Beijing's front door once again as China prepares to hand out new contracts.

Pekka Lundmark, who took over as CEO in August, this week blamed the earlier setback on 5G problems the Finnish vendor has worked hard to fix. "We are in Chinese 5G but our market share is tiny compared to what it was in 3G and 4G and the reason is not an active decision not to participate in 5G but that at a time when big, centrally led purchasing decisions were made for 5G our products were not yet competitive enough," he said on a Teams call with reporters in response to a question from Light Reading.

"Now the situation is different," Lundmark continued. "We have increased significantly our product competitiveness and there will be new rounds and we continue to see China as an important market." 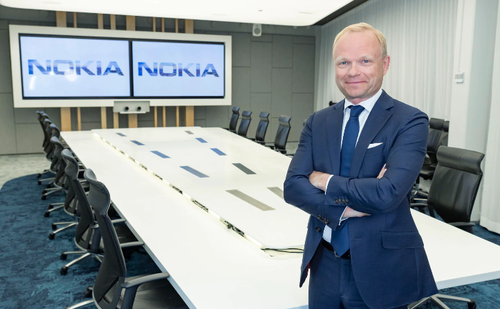 Nokia's problems included a heavy reliance for its radios on FPGAs, programmable but expensive chips that tore into margins and hurt Nokia's competitiveness. It was also let down by hold-ups at Intel. "They were using almost 100% Intel for their baseband unit and that was a problem because they weren't getting the chips," says Earl Lum, a semiconductor analyst with EJL Wireless Research.

A phaseout of the FPGAs started before Lundmark's appointment and more than 40% of Nokia's products now use ASICs, customized chips designed in-house. By the end of next year, it expects to have finished the overhaul. Having already cut 11,000 jobs since 2018, Nokia this week said it would slash another 5,000 to 10,000 over the next two years, freeing up 600 million ($715 million) for investment in research and development. Layoffs would leave it with a workforce of 80,000 to 85,000 employees.

It has also broadened its supplier base through deals with Broadcom and Marvell, two other semiconductor firms. Broadcom is working with it on the ASICs, while Marvell appears to have been introduced as an alternative to Intel for baseband expertise.

The net result is a more competitive line-up of products in early 2021. Evidence of that can be glimpsed in the improving gross margin at Nokia's networks business, up to 37% in the recent fourth quarter from 34.2% a year earlier. It positions Nokia for a second run at China's massive 5G radio market.

The timing looks auspicious. When China's operators dished out 5G contracts last year, Chinese vendors, led by Huawei and ZTE, predictably seized the bulk of the work. The only winning outsider, landing an 11% or 12% share, was Ericsson, whose own government has recently banned Huawei from Sweden's 5G market. "The Swedish telecom regulator's decision to exclude Chinese vendors from 5G networks may create exposure for our operations in China," warned Ericsson CEO Börje Ekholm in his last quarterly earnings update. His pain might turn out to be Nokia's gain.

Lundmark and his colleagues must look at Ericsson's China activities with envy. An 11% or 12% share means big business in a country that last year bought as many as 700,000 5G basestations, dwarfing rollouts in other regions. Ericsson made about $1.83 billion from China sales in 2020, up 16% on its 2019 revenues. Over the same period, Nokia's China sales fell a quarter, to 1.4 billion ($1.7 billion).

What kind of 5G radio projects might Nokia be able to win? Lum says phase one of China's 5G rollout was largely about installing advanced "massive MIMO" radios in provincial capitals. For the next phase, the joint rollout done by China Mobile and China Broadcasting Network (CBN) is likely to focus on wide-area coverage using lower frequencies. "CBN is the sole owner of 700MHz spectrum in China and so they are probably going to roll out 300,000 or 400,000 basestations at 700MHz," says Lum.

He reckons a separate network built by China Telecom and China Unicom will use refarmed 2100MHz spectrum, freed up as they switch off 3G. "They will be able to use that mid-band for the uplink for the phone and still use 3.5GHz for the downlink and they won't have cell edge problems." Dynamic spectrum sharing, which divides spectrum resources between 4G and 5G services, might figure in these plans, according to Lum.

Nokia's share price dropped 5.7% in Helsinki today, suggesting investors have doubts about Lundmark's latest plans. While cutting jobs and boosting R&D spend, he is confident Nokia can deliver an operating margin of 7% to 10% this year, compared with 9.7% in 2020, despite forecasting a sales decline. And for 2023, Nokia is forecasting a margin of 10% to 13%. A return to China's 5G radio market could be a major tonic, especially if it came at Ericsson's expense.