The dust has settled on the FCC's latest midband spectrum auction. However, it will be a few years before some of the market's biggest vendors can fully support the spectrum.

"We have not yet made any public announcements about support for the US 3.45GHz-3.55GHz band," a Samsung representative wrote in response to questions from Light Reading about its plans. Samsung is one of the nation's three big 5G infrastructure vendors.

The FCC recently auctioned the band for 5G, raising roughly $22 billion in bids, in an event it calls Auction 110. Others in the industry have been referring to the band as the "DoD band" because it includes spectrum previously used by the US Department of Defense. However, Light Reading calls it the "Andromeda" band because it sounds cool.

While Samsung remains tightlipped about its plans for the Andromeda band, its rivals Nokia and Ericsson are more forthcoming. A Nokia representative told Light Reading that the company is currently developing radios that can support the Andromeda spectrum alongside the C-band spectrum and expects to release those integrated products "in time for customer deployment in 2023." For Ericsson, early 2024 is more likely, according to a company representative.

That doesn't mean that the Andromeda band will sit fallow for the next few years. AT&T has said that it expects to begin deploying Andromeda-capable radios atop its cell towers in the coming months. However, the radios won't be able to support other nearby spectrum bands, such as the C-band that runs between 3.7GHz-3.98GHz. The FCC auctioned that band, in an event it calls Auction 107, last year. The event raised a total of about $81 billion in winning bids. 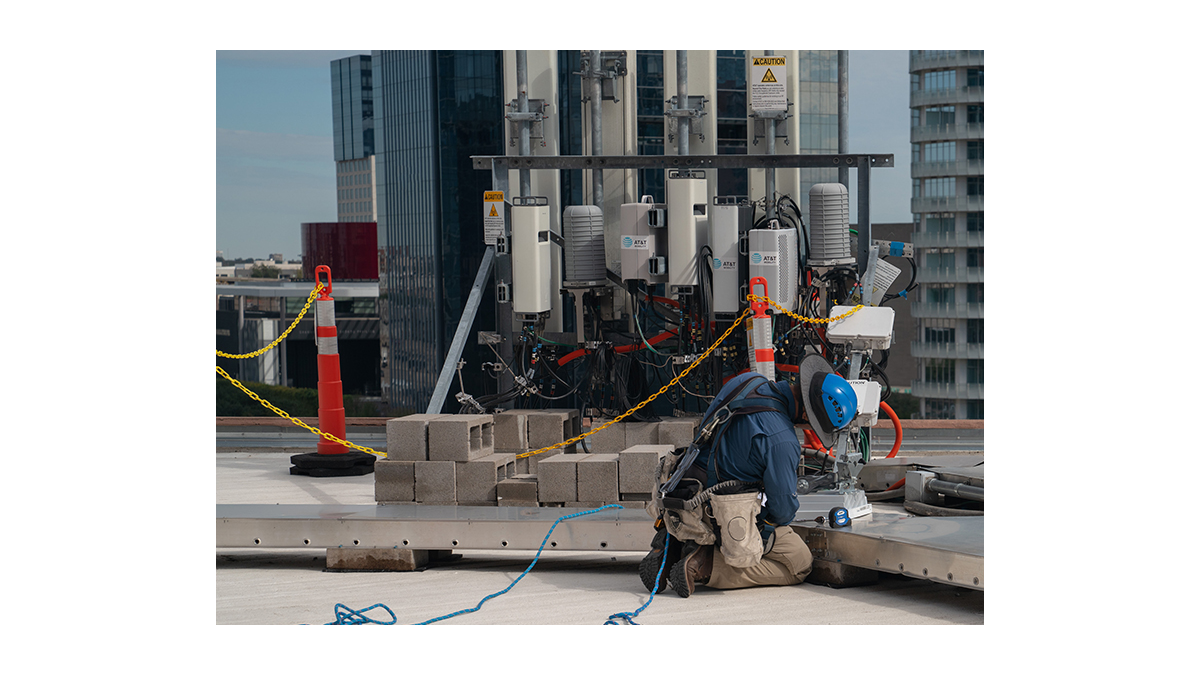 For operators, the question of integrated Andromeda/C-band radios is important because they will undoubtedly spend more money to deploy two radios. Cell tower owners like American Tower and Crown Castle often charge rental rates based on the square footage that their customers' radio equipment consumes atop their towers.

Indeed, the issue is such that T-Mobile has confirmed that it will wait until 2023 to begin to deploy the Andromeda spectrum it bought for around $3 billion in bids.

AT&T apparently believes the expense of two, non-integrated radios is worthwhile. That's not necessarily a surprise considering Verizon expects to cover fully 175 million people by the end of 2022 with its speedy midband 5G network, built primarily on its C-band spectrum licenses. T-Mobile is expected to reach 260 million by the end of 2022, partly because the company is leveraging the 2.5GHz midband spectrum it acquired from Sprint in 2020.

It's worth noting that radios are only part of the equation. In order to put the new spectrum to use, customers' phones must also support the new bands. Most new smartphones released last year support C-band connections, but the same is not true for the Andromeda band.

According to Android Police, the Andromeda band is under the jurisdiction of the 3GPP's Release 16 batch of specifications, which was finalized in 2020. Thus, phones will require newer modems such as Qualcomm's upcoming Snapdragon 8 Gen 1 and MediaTek's Dimensity 9000 to send signals over the Andromeda band.