We're halfway there. Want to know what you might have missed from day two of Mobile World Congress in Barcelona? Here's what we didn't get to  and some links to the things we did.

ZTE announced it has developed a remote monitoring system, sewn into a T-shirt, that can connect to 5G networks and "save lives." 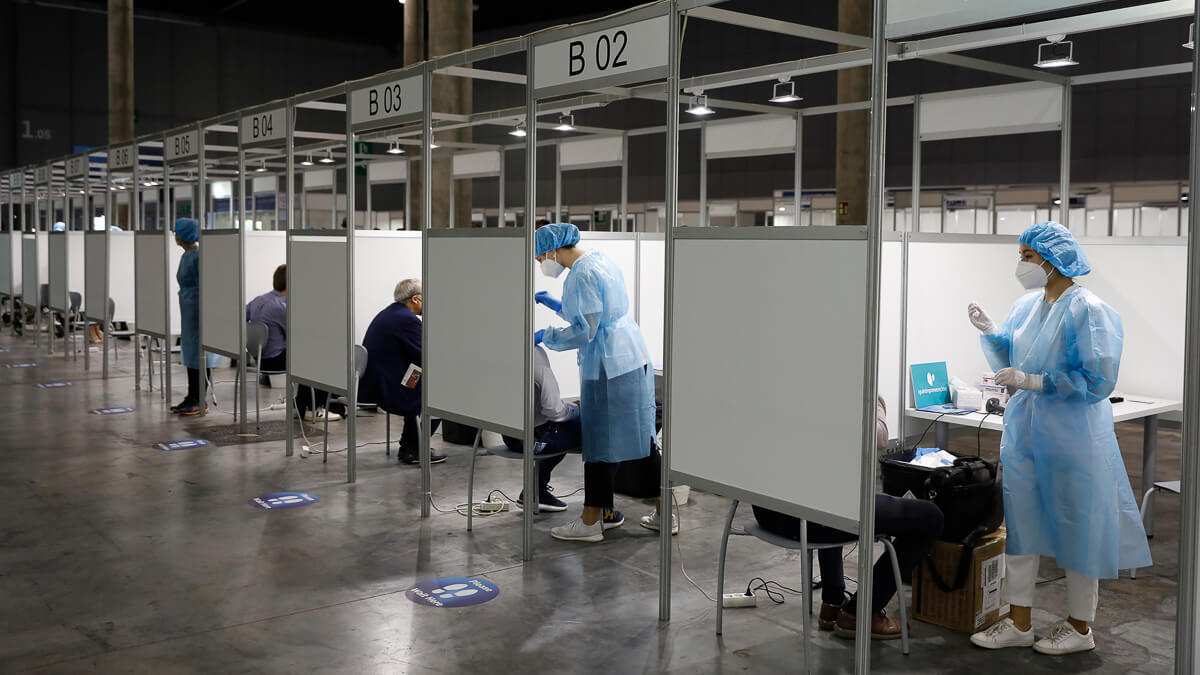 Testing times: Rigorous testing  and a hangar-sized center for carrying it out  has been enforced for all pandemic MWC attendees.
(Source: MWC Barcelona)

The system, called YouCare, "enables the detection of bio-vital parameters, such as a 'real' electrocardiogram, a respiratory act analysis, the components of the sweat, the muscle effort, and the body temperature, that has never been detected by textile sensors," according to the company's announcement, which included quotes around the phrase "real" electrocardiogram.

The announcement continued: "The T-shirt allows the transmission, via ultra-fast 5G ZTE connection, to health centers and control, as well as to individual users."

There's no doubt that 5G-connected devices will change how we monitor health care. It remains to be seen how much of the world's population will allow a Chinese vendor to measure and remotely report on their vital signs.

These days you can't have a trade show without a wholesome message woven in, so that big comms and big tech can feel better about themselves.

Good morning! Day Two at #MWC21 was full of cutting-edge innovation, insights into the hottest tech  as well as a virtual keynote from @elonmusk!

Check out the full highlights of day two in our video before immersing yourself in day three! pic.twitter.com/XA173N7MJj

This year, sustainability has been a big theme  and Deutsche Telekom has marked this with two announcements.

In the first, it unveiled a tie up with Samsung to develop a green smartphone suitable for mass market use.

They say it will be sustainable and easy to repair, with a removable battery.

DT and Samsung also say they're working together to find ways to ensure the devices are recycled after use. Running on 5G, it's due to roll out at the end of 2022. 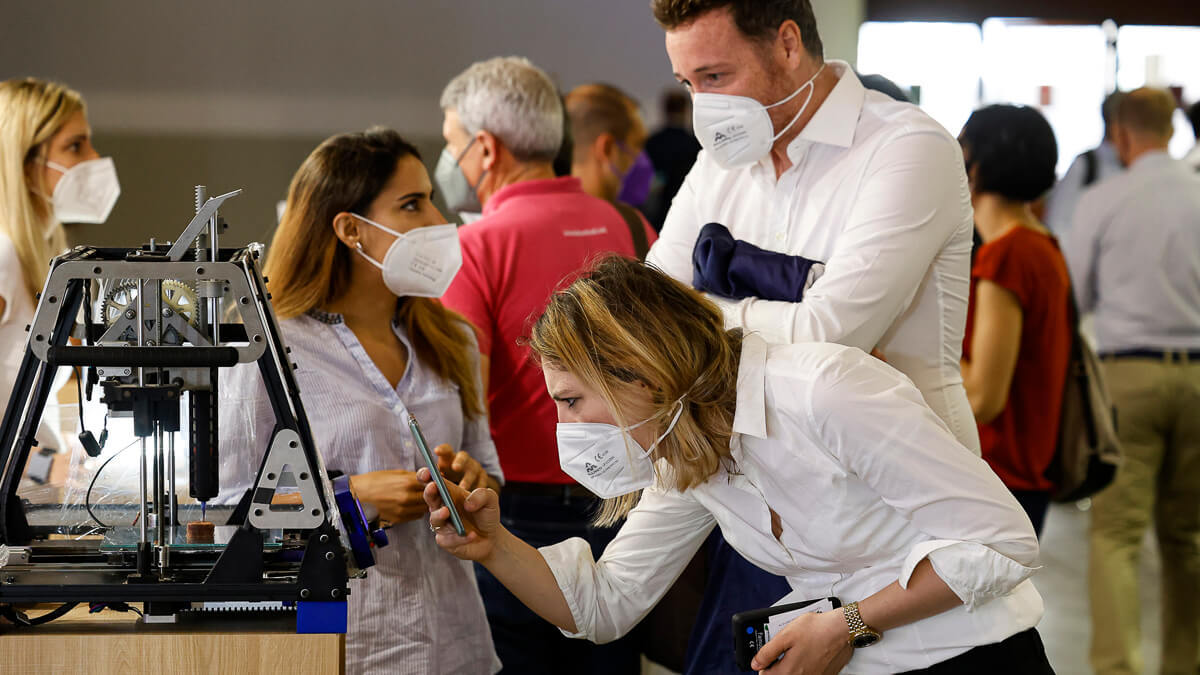 Hot ticket: Despite the need to wear masks  and the sizzling summer temperatures  the hardy braved the steamy interior of the Fira.
(Source: MWC Barcelona)

The devices are modular, which, say the makers, means it "saves resources and reduces emissions, as well as improves repairability and recyclability."

"The seven modules in the Fairphone 3+, as well as a screwdriver that comes with it, allow for easier repair of specific components."

The handset is 40% recycled plastic, and the rare earths are fairly sourced.

DT already sells the 3+  expanding the relationship will mean introducing a wider selection of products, first in Germany and Austria, and then beyond.

The connected home in glorious technicolor

From the people most famous for coining a ubiquitous descriptor for color film comes a CPE for outdoor use that's cheap and easy to install, aimed at the smart home market.

The 5G OMNI OUTDOOR CPE (no, I don't know why it's shouting either) is apparently "a revolutionary 5G Fixed Wireless Access (FWA) Consumer Premises Equipment (CPE) ... [that will] enable telecommunication operators to deliver broadband services to their residential and enterprise customers through 5G wireless connectivity and attain the benefits of the newly available capacity in the C-band (around 3.5GHz)."

The big selling point is that the antenna system it uses doesn't need line of sight alignment.

In a MWC slightly lacking in big ticket announcements, this one will have to do to round out our three.