After months of controversy over C-band 5G's compatibility with commercial aviation, wireless carriers, aircraft operators and government regulators seem notably closer to landing this plane. But disagreements remain over some critical waypoints, with only one item essentially resolved: Future rounds of spectrum allocation can't proceed the way this one has.

"It's really expensive to try to fix this after you've already deployed the network," summed up Harold Feld, senior vice president at the tech-policy nonprofit Public Knowledge.

At issue are concerns among some airline industry executives that 5G operations in the C-band spectrum might interfere with aircraft radio altimeters  gadgets that can be critical to landing in low-visibility conditions. Those concerns escalated into a remarkable few weeks of very public, high-stakes negotiations that finally resulted in AT&T and Verizon agreeing to delay their 5G launches near some airports.

In recent days though, the situation seems to have calmed. For example, the FAA's list of aircraft types with altimeters approved for operation around those airports grew rapidly  45% of the US commercial fleet on January 16, 62% on January 19, 78% on January 20 and 90% by January 25. The Federal Aviation Administration (FAA) says that fraction covers all Airbus and Boeing aircraft but leaves Embraer 145 and some other, older regional jets uncertified. And, according to Reuters, Verizon is preparing to activate another 2,000 cell towers with 5G running in its C-band spectrum, in addition to the 5,100 towers already running the technology. 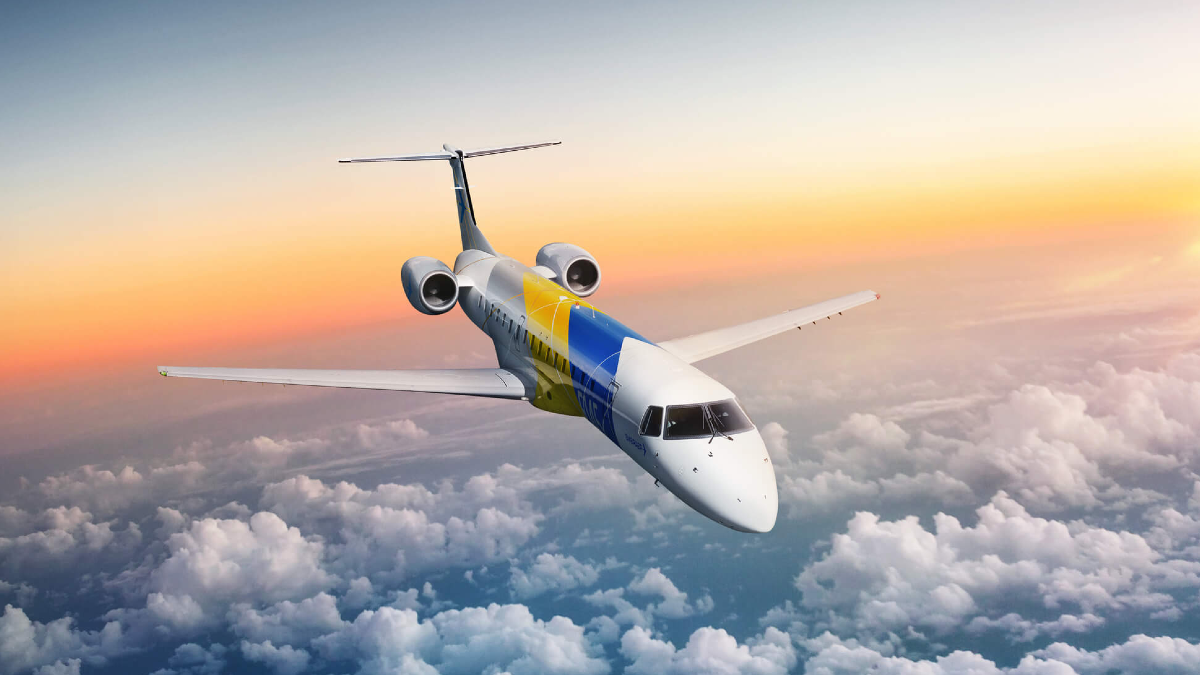 Questions remain about the Embraer 145 and 5G in C-band spectrum.
(Source: Embraer)

Interestingly, the FAA also has yet to confirm any reports of C-band 5G interference, per a statement provided to Light Reading on Tuesday: "We are using our established safety-reporting systems to look into a handful of reports of possible 5G interference. So far none of these reports have been validated."

All this leaves three areas of uncertainty unresolved.

The trickiest one may be how to replace whatever fraction of radio altimeters in use can't be certified as sufficiently resistant to interference  an expense that incumbent operators would prefer not to pay.

"They don't want to spend money on equipment that's working perfectly right now," said Jeffrey Westling, director of technology and innovation policy at the American Action Forum, another tech-policy nonprofit in Washington. "It's really going to be who needs to pay for it."

Feld, of Public Knowledge, threw out a few possibilities: Congress could add funding for these upgrades to a future budget bill, the government could tell aircraft operators to eat the cost, or some sort of deal could be struck to have wireless carriers cover these hardware expenses.

The last, he said, would get a hostile reception among companies that spent $81 billion and change in the C-band auction that concluded in January 2021.

"Being told that now there's another couple of billion that they have to scrape up is not going to go over very well," Feld commented. "If the wireless industry pays, they are going to want to make sure that the problem goes away forever."

Then there's the long-term contours of restricted or excluded zones around airports after AT&T and Verizon's six-month self-imposed restrictions on C-band deployment near airports end.

"What will it take for the FAA to be convinced that interference risks have been sufficiently ameliorated in order to allow 5G networks to operate at full strength with full coverage near airports?" asked Tammy Parker, a senior analyst with research and consulting firm GlobalData, in an email Friday. "The FAA has not publicly set the goalposts so it appears no one outside the FAA understands exactly what will be required for the FAA to approve the ending of 5G exclusion zones."

On Tuesday, an FAA statement provided a little more clarity, suggesting that while the agency might be able to shrink these exclusion zones further, zeroing them out would have to wait on altimeter upgrades: "The agreement with the telecom companies that we announced Friday establishes a reliable and predictable process for safe 5G integration while the aviation industry works to develop radio altimeters that are impervious to 5G interference."

The FAA on Friday announced a deal with AT&T and Verizon that allowed the agency to shrink its current 5G exclusion zones.

However, one safety expert suggested the FAA stick to a hard-line approach to these restrictions.

"Do it the way regulators in Canada and in the EU have done it," urged Robert Mann, president of the aviation industry consulting firm R.W. Mann. & Co. For example, Canada's government has mapped out exclusion and protection zones around many airports. Exclusion zones extend 2.1 kilometers beyond a runway's end and 910 meters on each side and prohibit C-band sites, while protection zones, each 1 km wide, stretch another 6.1 km past exclusion zones and subject C-band sites to power limits.

Mann, however, added that he would prefer to see exclusion zones running a full 4 nautical miles  4.6 miles or 7.4 kilometers  from the ends of runways to further lower the risk of interference.

That sort of insistence on a margin for error even with the most pessimistic assumptions can grate on telecom types, but Mann put it in an existential context for commercial aviation: "The entire demand for public use of the industry depends on an assumption of safety."

The failure of interagency collaboration that helped lead to this situation may be the one thing that all parties can agree on as something to fix.

Feld defended the FCC's priorities, saying its engineers "take their responsibilities on life and safety very, very seriously," and instead pointed to too many recent leadership vacancies at the Commerce Department's National Telecommunications and Information Administration (NTIA). That left NTIA ill-positioned to get the FCC and FAA talking to each other early on after the FCC's 2018 vote to start the C-band transition. As he put it: "Imagine if you had a diplomatic conference, and the translators didn't show up."

Mann concurred with that much, calling NTIA under the Trump administration "asleep at the switch."

The parts of commercial aviation outside of regularly scheduled airlines have yet to get much discussion  as Westling said, "they don't draw the public attention as much as canceled flights do"  but they will also need to be covered in any long-term resolution of the issue.

Helicopters represent the trickiest part of this problem, since they operate from helipads that can be scattered around cities and often fly at much lower altitudes. Those factors may mean that altimeter certification is the only way forward for them. But while the FAA is continuing to test individual altimeter models for helicopters as well as fixed-wing aircraft, it does not list those that it has cleared or offer a percent-done estimate like what it has provided for airliners.

In the meantime, the FAA's guidance notes that medical-evacuation helicopter pilots may "continue using safety-enhancing night vision goggles" when operating outside of visual flight conditions.

And as complicated as today's C-band concerns may get, the situation might become even worse in 2023. That's when the B and C Block licenses of the C-band will become available for commercial use  they're even closer to radio altimeters than the current A Block licenses under debate.

But the last few months of drama do seem to have locked in the attention of all interested parties  including those at the highest altitudes of the federal government.

"I'm optimistic that the White House has now made it clear several times that this problem has to be solved," Feld said. "And that the solution is not no 5G in C-band."