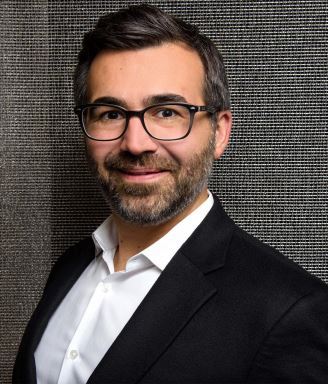 Katibeh, Fuetsch and Elbaz will all report to Scott Mair, president of AT&T's network engineering and operations. As Light Reading previously reported, Mair reports directly to AT&T Communications CEO Jeff McElfresh, the executive heading up the operator's wired and wireless networking business  by far its biggest.

Katibeh is taking over AT&T's fiber and 5G buildout at a critical time. The operator just announced it hopes to build fiber to 3 million new customer locations this year, a figure it hopes to raise to 4 million next year. And in 5G, AT&T is in the early stages of spending $6 billion to $8 billion between 2022 and 2024 to deliver 5G services over its new midband C-band spectrum licenses to 100 million people in early 2023.

Katibeh is a longtime AT&T employee. According to his LinkedIn profile, he started at the company in 2001 in network engineering. In 2017 he moved into the company's business division as its chief marketing officer and then its chief product and platform officer. Now it appears he's moving back into the AT&T network division and will control the operator's network-spending purse strings.

"Contributing to a large portion of the $105B Capital spend between 2016 and 2020  our team is building out AT&T #Fiber to MILLIONS of new customer locations in 2021, as well as augmenting America's best mobility network with more capacity, more speed  and more #5G (you know I love 5G!)," Katibeh wrote on LinkedIn of his new job.