Mint Mobile, backed by Ryan Reynolds, is up for sale

Mint Mobile has been shopped to potential buyers in recent months by its parent company, Ultra Mobile, according to several people familiar with the situation who spoke with Light Reading. Mint, a mobile virtual network operator (MVNO), has risen to prominence in recent years on the back of seemingly ubiquitous advertising featuring actor Ryan Reynolds.

However, according to some of the people involved in the discussions, the company's asking price is a bit steep. "No way in hell," said one executive who evaluated the business earlier this year.

David Glickman, the CEO of Ultra Mobile, declined to comment on a possible sale when contacted by Light Reading.

Thus, it's unclear what Ultra Mobile's next steps may be. Earlier this year, it posted an opening for a new CFO "to help lead the company in its next big growth stage." The company's job posting sought candidates who have experience with initial public offerings (IPOs) and companies generating revenues up to $1 billion.

People involved in the Mint discussions have described them as relatively informal. Up for sale is not only Mint Mobile, but also Ultra Mobile and another company under its umbrella: Plum Mobile, which offers MVNO enablement services. All three companies work on the T-Mobile network. The companies collectively count between 2 million and 3 million total mobile customers.

As noted by Yahoo Finance, Reynolds has also invested in Aviation Gin, online investment management company Wealthsimple and Welsh football club Wrexham AFC. He is promoting some of those businesses and others through his MNTN/Maximum Effort, a film production company and marketing agency he co-founded.

"I used some of that sweet 'Deadpool' money to buy Aviation Gin and I needed to market that, so we sort of inadvertently became a marketing company from that," Reynolds said of MNTN/Maximum Effort, during a recent advertising event covered by MediaPost.

According to analysts in the wireless industry, Reynolds' Mint advertising efforts have been successful.

"Mint Mobile is a force to be reckoned with," said Jeff Moore of Wave7 Research, which closely tracks operators' pricing and promotions. He added that the company's services used to be available only online but are now available in some Target and Best Buy retail stores. 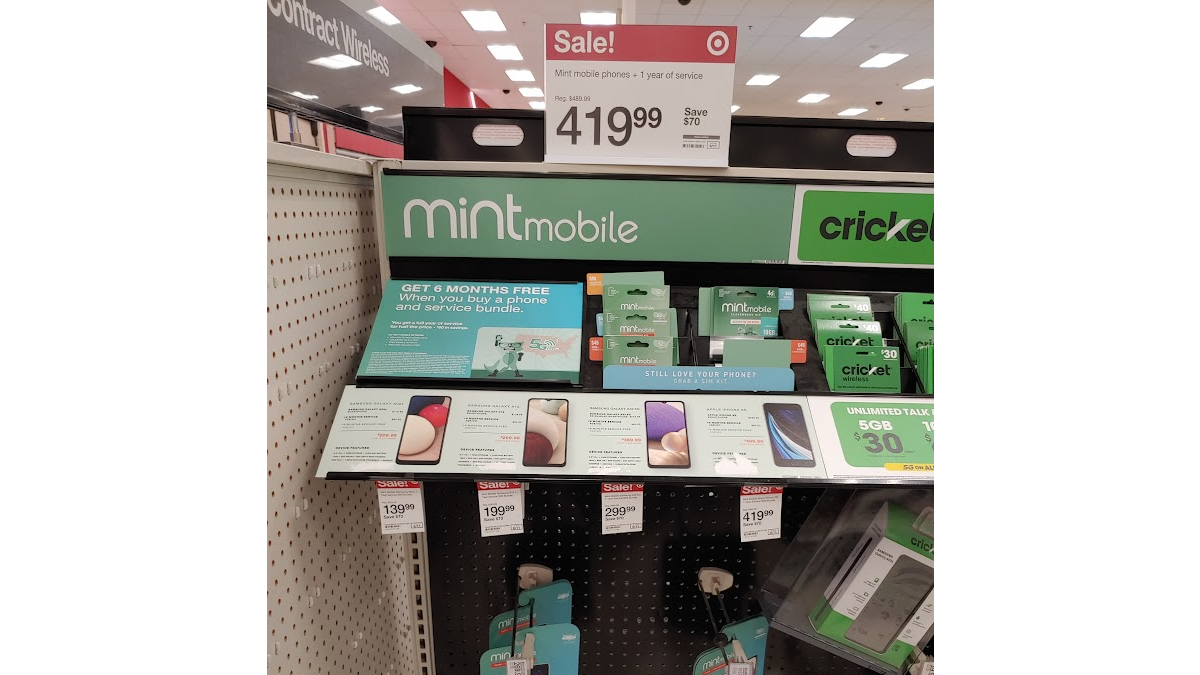 Analyst Roger Entner of Recon Analytics noted that "Ryan Reynolds' ads are everywhere, and they're working."

Recon Analytics conducts weekly surveys of US wireless customers' shopping proclivities and found that 6% of those surveyed would move to Mint Mobile if they were forced away from their current provider. That, according to Entner, is an "outsized consideration."

A season for deals

Glickman, of Ultra Mobile, isn't the only executive in the MVNO business who is apparently looking for deals. Chicago private equity company GTCR purchased MVNO Consumer Cellular and its roughly 4 million customers for around $2.3 billion in 2020.

However, executives cautioned that Ultra, Mint and Plum should not chase such values because Consumer Cellular's customers skew older, use small amounts of data and are relatively stable. Mint's customers, on the other hand, may subscribe to offers that get more expensive over time, thus potentially positioning them to leave the prepaid operator.

Among other MVNO deals, Dish Network purchased providers including Boost Mobile, Gen Wireless, Ting Mobile and Republic Wireless throughout 2020 and 2021. Dish recently acquired another 100,000 Boost-branded customers from T-Mobile as part of the companies' new roaming agreement.

In addition, Peter Adderton said he would raise $20 million, via a reverse merger with Electro-Sensors, for his forthcoming Mobile X Global MVNO with Verizon.