Intel on the outside: Chips giant, Google and Microsoft are latest to quit MWC

This year's MWC show in Barcelona has taken another battering with news that Intel, Google and Microsoft will not be attending the physical show.

The US technology firms join a flotilla of other big exhibitors who had booked exhibition space but have subsequently decided they will not set sail for Catalonia in June because of lingering concern about the coronavirus pandemic.

They include Ericsson and Nokia, two of the mobile show's biggest exhibitors, as well as Cisco, the US maker of Internet equipment, and Japanese electronics firm Sony. 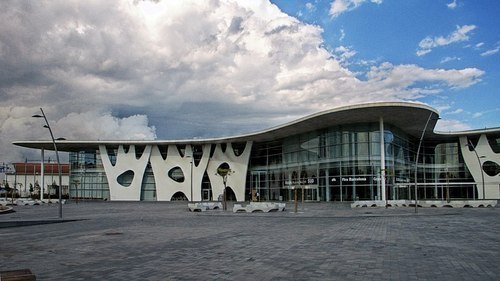 Speculation will be mounting that MWC21 is about to be cancelled.

In a statement sent directly to Light Reading, Intel said: "The health and wellbeing of our employees remains our top priority. In accordance with our policies related to the ongoing pandemic, our presence at this year's MWC will be digital only, and we will not have a booth.

"We will miss seeing our partners and customers in person this year, but we look forward to joining them and the GSMA online, and at future events when we are again able to participate in person."

Google subsequently said: "Following our current COVID-19 travel restrictions and protocols, Google has made the decision to not exhibit at Mobile World Congress this year.

"We will continue to collaborate closely with GSMA and support our partners through virtual opportunities. We look forward to this year's activities and seeing you in Barcelona in 2022."

Sources have confirmed that Microsoft will also not have a physical presence at this year's show.

The latest withdrawals are bound to fuel speculation this year's show is destined for cancellation, the fate that befell MWC last year after concern about COVID-19 prompted numerous exhibitors and service providers to pull out.

Before Intel's withdrawal, the GSM Association, which organizes the show, told Light Reading that it was still planning for a joint physical and virtual event despite the growing exodus of major exhibitors.

"MWC21 is taking place on 28-30 June 2021 in Barcelona, and we are planning boldly but cautiously for an in-person event," a spokesperson said by email.

"We appreciate that planning in a pandemic is complicated and not everyone will attend in person. So, for the first time, MWC21 Barcelona will be a hybrid event. The in-person and virtual options are provided so that all friends of MWC Barcelona can attend and participate in a way that works for them."

The GSMA had hoped to allay any COVID-19 concerns this year by investing in health-and-safety facilities including temperature monitors and testing kits. A rigorous set of rules requires attendees to complete tests every 72 hours, wear face masks inside the conference venue and proceed through its hangar-like buildings using one-way lanes.

Just a few weeks ago, organizers were anticipating a crowd of between 40,000 and 50,000 visitors, down substantially from the figure of more than 100,000 it usually entertains.

That would have been an impressive achievement in the circumstances, but the numbers are likely to be much lower after the withdrawal of so many important names.

Major exhibitors that usually meet customers in Barcelona seem likely to have backed out after hearing that senior decision makers will not be travelling either.

That some exhibitors had a relatively strong 2020 in the absence of a physical MWC  as deal-making shifted to Zoom or Microsoft Teams  will not have persuaded top executives that a physical presence in 2021 was a necessity.

Ericsson, which normally rents a vast booth in Hall 2, reported 2% growth in sales last year, while its operating profits were more than 1.6 times the figure in 2019.

For some executives, the reputational risks of travelling to the show and being linked in the mainstream press to a "super-spreader" event were probably too great.

Europe has lagged on its rollout of COVID-19 vaccines and a variant first discovered in the UK is currently sweeping the continent.

Although infection levels are currently low in Spain, it has vaccinated only about 11% of its population so far, compared with 29% in the US and 46% in the UK.

Previous lockdowns in Spain have been among the toughest in the world and it was this week reported to have introduced legislation requiring people to wear masks in all public outdoor spaces, to the dismay of the country's tourism industry.

Scrapping a physical MWC for a second year in a row would deal a major blow to the GSMA, which derives most of its revenues from that show and related events. The organization was reported to have laid off more than 20% of staff last year as a result of the show's cancellation.

This story has been updated since it was first published to include Google's statement and news of Microsoft's withdrawal.

"We count many leaders among the MWC family and recognize that for everyone, planning in a pandemic is complicated. Google is a valued partner and we respect their decision to shift to on-line participation. Our teams are collaborating to shape their involvement on the MWC virtual platform whilst other exhibitors like Verizon and Orange will join us in Barcelona. The in-person and virtual options are provided so that all friends of MWC Barcelona can attend and participate in a way that works for them.

"We recently announced details of MWC Barcelonas multi-layered health and safety plan, Committed Community. The plan ensures an environment that will keep everyone safe, including staff, workers, exhibitors, visitors, suppliers, partners, and the people of Barcelona. Further updates to this plan will be released next week."