Today's decision by the UK government to cap Huawei's involvement in the country's 5G and fiber access network rollouts could have been a lot worse for the company. While it has been banned totally from the more sensitive, "intelligent" 5G core elements, it can at least play some role in the radio access part of the UK's next-generation mobile infrastructure.

But despite the positive noises coming from the vendor's spokespeople, who are desperate for this decision to be seen as a seal of approval by the UK authorities, this is a slap in the face that looks set to impact its business beyond the Brexit nation's borders.

Only a few hours after the UK authorities delivered their verdict -- Huawei can play a limited role as a supplier of 5G and fiber access network technology to the UK's network operators despite being a "high risk vendor" (see our main story on this development for the details of the various 35% caps on Huawei's involvement as a supplier) -- the Huawei team held a conference call for the press.

The call opened with a statement from Victor Zhang, a Huawei global vice president who used to run the company's UK operations, so he knows the market and network operators. He tried to persuade the media that this was a worthy decision by the UK government, one that assured Huawei's continued role in the UK market and one that, by retaining the status quo of three key radio access network (RAN) gear suppliers to UK mobile operators and not limiting the choice to Ericsson and Nokia, would lead to more secure networks. (I did wonder if that was a deliberately ironic comment from Zhang...)

He then outlined how the company had been in the UK for almost 20 years, had 1,600 staff in the country, was a long-term supplier to the main operators and so on. You could almost hear the forced grins at the other end of the line.

"We are assured by this decision," he stated.

Shouldn't the Huawei team be more p*ssed off than assured? The company has been singled out and placed under supply restrictions that do not apply to its two main European rivals. Of course, Huawei doesn't want to be seen to be ungrateful or draw calls for a total ban to be applied but, come on it should be peeved at least! This is more bad than good for Huawei.

Granted, UK security experts at the UK's National Cyber Security Centre (NCSC), backed by data from the UK's Huawei Cyber Security Evaluation Centre (HCSEC) that outs the Chinese vendor's gear through significant and thorough testing, have concluded that the company's "cybersecurity and engineering quality is low and its processes opaque" and that it's making little (if any) progress in fixing its faults, which is one of the reasons it's regarded as a high-risk vendor. But the NCSC experts also say that any potential risks associated with the deployment of Huawei technology are manageable (otherwise, a total ban would presumably be implemented). Huawei's technology is flawed but still fit for purpose and most of the UK's mobile network operators want to do business with the company.

With the opening positive spin concluded, it was time for the Q&A session. That's when it became harder for Zhang and his colleagues, UK VP Jeremy Thompson and UK communications chief Ed Brewster, to convince the fourth estate that this isn't bad news for the vendor's UK business and that it won't have a knock-on effect elsewhere.

They tried, as you'd expect, to downplay any negative fallout -- Thompson said the company expects the impact to be "a soft landing" (get me a pillow, please) -- but noted on several occasions that it was too early to say how this might play out.

Yet Thompson suggested that Huawei had been expecting a 35% cap on 5G access network involvement, that this restriction was "in line with our expectations." If that was the case, then surely they had made some calculations based on a 35% cap, given that this is a market potentially worth hundreds of millions of pounds/dollars in revenues in the coming years? Or didn't anyone have access to a pencil and the back of an envelope? Permutations will have been scrutinized and plans of action lined up, right? This isn't a hobby: The UK is not a Huawei sandpit. 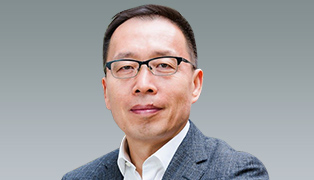 Huawei's Victor Zhang is painting a rosy picture of the 5G supply restrictions slapped on the Chinese vendor by the UK authorities.

The takeaway, for me at least, is that Huawei knows this is going to negatively impact its business prospects at BT and Three, the two UK mobile infrastructure operators that have selected Huawei to be major 5G RAN suppliers (in Three's case, the planned sole 5G RAN supplier). The decision also will curb its prospects at Vodafone, where it has a slice of the 5G RAN action, and keep it at arm's length from Telefonica UK (aka O2), where it currently isn't in the 5G mix.

The Huawei team kept saying how it currently has a 35% share of the 5G access market in the UK, so this ruling isn't set to change things much, but that share is an aggregate -- it's going to lose business at Three, almost certainly at BT, probably at Vodafone, especially if interoperability issues force the operators to rip and replace 4G kit as well as they downsize their reliance on the Chinese vendor. And any suggestion it will be able to make up the balance elsewhere is mind-boggling. Making statements that sound either duplicitous or plain dumb isn't a good look.

And if the Huawei team had been expecting the 35% cap, then they had clearer crystal balls than the UK operators -- the ones that now have to work around the restrictions as they roll out (or re-engineer) their 5G networks. Light Reading's contacts at some of the UK operators, talking on background, are still reeling from that aggressively low Huawei threshold (as one contact described it), let alone the three-year time period for conformance that is being suggested. This decision is bad news for those companies too.

The 35% restriction on fiber-to-the-premises (FTTP) networks (including but not limited to the supply of GPON, XGS-PON, DOCSIS 3.x gear) is also a blow, though of a more limited nature given the early stages of fiber rollout in the UK. But Huawei is one of the leading providers of FTTP gear in the world and a significant supplier to Openreach, BT's semi-autonomous fixed access network operation that is finally getting its act together (under duress) on FTTP investments. It's hard to say what sort of market share Huawei might have won at Openreach, or any of the growing number of fiber access network builders across the UK. Openreach is the biggest single prospect and, in what now looks like an informed move, began the process of finding a third FTTP technology supplier, in addition to Huawei and Nokia, a few months ago. (The smart money is on Adtran to pick up that contract.)

The Huawei team also skirted around questions related to the potential impact of this decision on other markets, but it doesn't take a genius to see that this decision sets a precedent and without doubt pins Huawei with a "risky vendor" badge -- and that badge has been pinned on by a country seen as friendly to the Chinese vendor. Overall this will cast a negative perception of the vendor, one that will likely harm its prospects elsewhere (in Europe particularly).

All in all, Huawei is desperate for the wider world to view this, at worst, as a neutral decision that wasn't influenced by the heavy-handed political threats aimed at the UK government by the US administration. But this decision, I would argue, would not have been as severe without the US pressure -- Trump's cronies didn't get their way completely, but they had an impact and it's one that doesn't look good for the Chinese vendor or the British establishment.

Learn How NETSCOUTs Visibility Offerings Assures Service Performance and Delivery in Multi-cloud 5G Networks
Elevate Your Insight Into 5G Voice Services
Download the White Paper: Why Visibility is Needed to Innovate in Your Wireless Network
Accelerate Your 5G Network Launch with Confidence
Is Private 5G Right for Your Company?
More Blogs from Shades of Ray
Farewell, Light Reading, and thanks!