Huawei remains a 5G force in the UK after govt backpedaling

Back in the summer of 2020, the British government decided to ban its operators from using 5G equipment supplied by Huawei, then a popular vendor in the UK telecom sector. But anyone expecting the controversial Chinese company to disappear as fast as a Friday-night takeaway turned out to be wrong. More than two years ago, some 41% of the UK's 4G network equipment came from Huawei, according to data gathered by Strand Consult, a Danish advisory firm. Today, Huawei accounts for the same percentage of the UK's 5G infrastructure.

That headline finding, included in a forthcoming research report by Strand Consult, may surprise and alarm many of Huawei's critics. The most vociferous pushed for a comprehensive ban on Huawei in the run-up to the government decision, depicting it as a threat to national security. Their argument was that Huawei, under Chinese government orders, could feed sensitive information to China or even switch off the lights. Operators pushed back, insisting there was no danger provided Huawei was kept out of or removed from the core (essentially the network's cockpit). A hasty rip-and-replace of the nodes would risk blackouts and cost billions, they added.

UK authorities eventually gave operators until the end of 2027 to evict Huawei, much as China's government had previously ordered the UK out of Hong Kong no later than June 1997. By this deadline, however, there was to be no trace of Huawei's 5G products in UK networks. Operators were also told that Huawei should not account for more than 35% of any 5G radio access network by July 2023. Anyone still using it in the core beyond January 2023 would be in trouble, too. 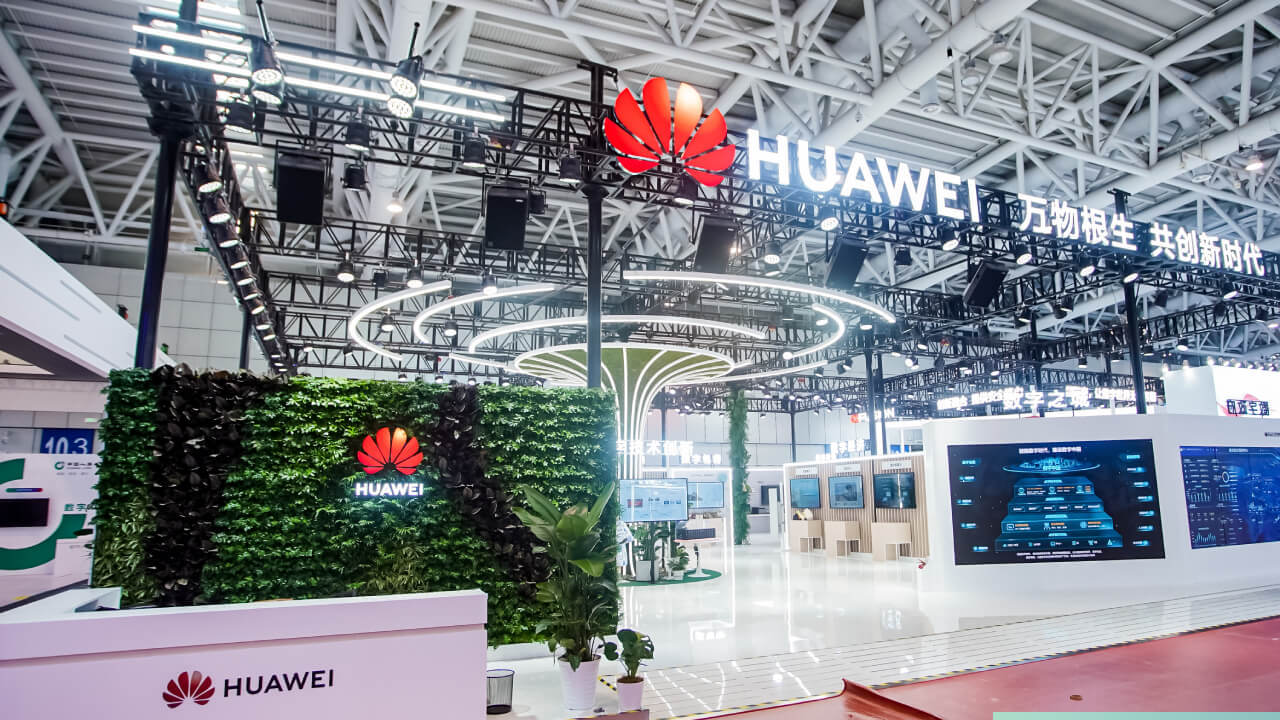 Huawei is proving hard to evict from the UK's 5G market.
(Source: Huawei)

5G technology still has not been extensively deployed in the UK. BT, the national incumbent, claimed population coverage of 55% last summer. Not to be outdone, Three, the UK's smallest mobile network operator, boasted 56% weeks later. When Strand Consult talks of 41%, it means 41% of what has already been deployed, not 41% of what is planned. That percentage of a network available to 55% of the population would equate to less than 23% of the entire country.

Still, this is not how the UK government measured Huawei's involvement, and so the 41% figure means operators  in aggregate  currently exceed that July cap by around six percentage points. What's more, BT is behind its original schedule for removing Huawei products from the core (no other telco ever used Huawei in this part of the network). If the government had been strict about the January 2023 deadline, BT would already be facing penalties.

Fortunately for BT, the government dropped that requirement last October after the company pleaded like a schoolboy for a homework extension. It now gets until the end of this year to finish the assignment. Gone, too, is the government edict about limiting Huawei to 35% of any 5G radio access network by July. Instead, operators were told they should endeavor to meet this original target "wherever possible."

The government is probably right to say that most operators will do so. Before the government made its original decision, Virgin Media O2 had only a sprinkling of Huawei test sites across a mobile network otherwise supplied by Ericsson and Nokia. Three had chosen Huawei as its sole 5G vendor, indicating it would replace Samsung in 4G. But Three moved quickly to introduce Ericsson as a substitute. By May last year, none of Three's capital expenditure was going to the Huawei swap-out, it said at the time.

That leaves BT and Vodafone as major Huawei customers. BT previously used Huawei equipment across about 12,500 of its roughly 19,000 mobile sites, and it had swapped 3,000 of these to either Ericsson or Nokia by September, when senior technology executives last gave an official update to reporters. But about half of the mobile network still came from Huawei. If that mapped to 5G, BT would have had to rip out and replace another 2,850 sites over the subsequent nine months to meet the original government target.

Vodafone's position is more worrying. According to an update it provided in early 2019, its network of 18,000 sites was historically divided between the big three vendors, with Ericsson accounting for 56% of the footprint, Huawei for 32% and Nokia for the remaining 12%. Nokia, however, had fallen out of favor, prompting Vodafone to give its sites to Ericsson. Determined not to be even more reliant on the Swedish supplier, Vodafone made a risky technology bet.

Across about 2,500 sites served by Huawei, it planned to use a technology called open RAN. Whereas a big vendor would typically provide all the components and software for a given mobile site, open RAN comes with new interfaces that promise interoperability between different suppliers. In theory, an operator could use a radio from one supplier in conjunction with baseband equipment from another.

In practice, it has turned out to be technically difficult. While Vodafone has settled on its various suppliers (including Samsung for radios and software, NEC for more radios, Dell for servers and Wind River for the cloud platform), only one site was operational at the end of last year. In December, Vodafone said another 16 would be installed in the next three months. Just 2,483 to go, then, ignoring more than 3,000 Huawei sites that are not part of the open RAN plan.

So long as it complies with government rules, BT is conceivably in no hurry to rip out Huawei equipment still in good working order. Busy on a full-fiber rollout to millions of UK homes, it already spends more than any other big European incumbent on capital expenditure as a percentage of revenues  about 23% for its most recent fiscal year.

But Vodafone has a different sort of problem  the difficulty of ditching Huawei when there is still concern about open RAN. Having to operate two networks in parallel until open RAN looks safer would obviously force up costs. This might also happen if Vodafone's 3G switch-off takes longer than it hopes, simply because open RAN companies and specifications do not cater to the older network technology.

Developments suggest that Huawei will still be a force in the UK in the latter half of the decade, when 6G will be on the horizon. To critics, that would make the government approach seem bonkers. On the one hand, authorities have accepted Huawei as a security threat. On the other, they are permitting it a role in 5G for eight years of that technology's lifetime. Between now and 2028, the government's cunning plan, presumably, is to pray nothing goes wrong.