Huawei Belle Époque in France to end in 2028

France's Belle Époque lasted 44 years, ending when the Great War broke out in 1914. Huawei's golden age in the land of Matisse and Zola will be considerably shorter, according to news reports and sources.

Following a UK decision last week to ban the Chinese vendor, France will do likewise  not explicitly, like the UK, but through a stubborn Gallic refusal to renew licenses for Huawei kit.

France has never had quite the same importance to Huawei as Germany and the UK, two countries that have gorged themselves on Chinese network equipment this century. Orange, the French incumbent, relies on Ericsson and Nokia for its mobile network. Iliad, the enfant terrible of the market, seems to heavily favor Nokia. 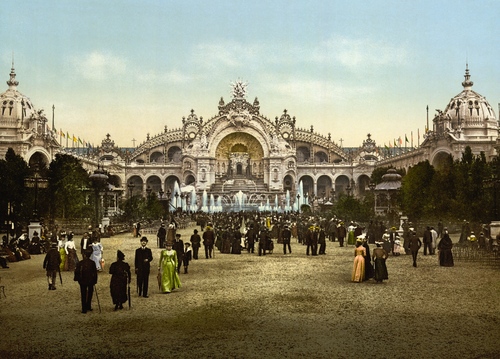 France's golden age finished in 1914, unsurprisingly. Huawei's could be over this decade.

But the two other mobile operators  Altice's SFR-Numericable and Bouygues  use Huawei equipment across about half their mobile footprint, according to data provided by Strand Consult, an advisory group.

Equipment licenses for different parts of the country typically last between three and eight years, according to a Reuters report that cites sources close to the matter. Under the French-style "ban," those for Huawei kit will not be renewed by ANSSI, France's cybersecurity agency, when they are due to expire.

Draconian
The rules are more draconian than the Reuters report suggests, according to a Light Reading source.

Major cities including Paris, Marseille, Nice and Toulouse will be off limits to Huawei in 5G starting this year. Others, such as Bourdeaux, Lille and Orléans, will follow in 2023.

This restricted zone will grow further in 2025 to encompass towns like Montpelier, Perpignan and Rouen. By 2028, Huawei will essentially have nowhere in France left to run.

The effect is likely to be similar to that in the UK. There, operators will not be able to buy Huawei's 5G products beyond December 31. Any Huawei 5G kit they deploy will have to be removed by the end of 2027.

The shift to other vendors is likely to start soon: Operators will not want to spend money on products that will need replacing in a few years and cannot be upgraded in the meantime.

As in the UK, local regulations are not the only concern for customers. Aimed at Huawei's supply lines, the nuclear missile of recent US trade sanctions will force the Chinese vendor to use lower-quality components when its current inventory runs out next year, according to analysts.

The upshot will probably be a loss of 5G product competitiveness, spurring operators to seek out alternative suppliers.

In any case, a switch should be less disruptive for the French than it is for the British.

Besides being less dependent on Huawei's products, France has still not auctioned any of the additional spectrum operators need to provide 5G services. Accordingly, there are still no commercial 5G networks or customers in France.

In the UK, which launched its first 5G services last year, BT recently boasted a 5G presence in 80 cities and towns, and Huawei has provided most of the equipment.

Swap shop
For SFR-Numericable and Bouygues, the hardest task will be replacing Huawei in pre-5G infrastructure.

According to Reuters, the 5G equipment licenses are linked to 4G, meaning the de facto ban covers the older network too. Even if it did not, most operators insist on using the same supplier across 4G and 5G to improve service and dodge interoperability problems.

Some have also bought "single RAN" technology from Huawei, supporting 2G, 3G and 4G services all on the same hardware. In those cases, the 4G substitute will also need 2G and 3G capabilities.

SFR-Numericable appears to have used Nokia in areas where Huawei is not its supplier. If it wants to avoid overreliance on one vendor, its most natural choice would be Ericsson.

Bouygues, conversely, depends on Ericsson today outside regions served by Huawei. It is likely to choose Nokia as its Huawei replacement to ensure there are two vendors in the network.

Neither decision is a certainty, though. Samsung is busy touting its European 5G wares. With its technology, operators could build a 5G "overlay" on top of the existing 4G network, using different vendors for each technology, says the South Korean firm.

If France's equipment licenses cover 4G, as Reuters reports, operators would not have this option, though. And Samsung lacks 2G and 3G expertise.

Another possibility is open RAN. This hyped technology aims to provide a fix to the interoperability problems in radio access networks and is an opportunity for smaller software vendors using general-purpose gear.

It remains immature and unproven, however, and neither SFR-Numericable nor Bouygues has shown much interest. Both are conspicuous by their absence from open RAN clubs such as the O-RAN Alliance, a specifications group, and the Telecom Infra Project, a Facebook-led networks initiative.

If the news is eventually confirmed, the odds will shorten on further European moves against Huawei.

US authorities have long described the company as a conduit for Chinese spies, intellectual property thief and trade cheat. Amid the coronavirus pandemic and displays of Chinese aggression in Hong Kong, India and the South China Sea, European officials seem less willing to resist the US campaign.