How Russia's invasion of Ukraine could affect 5G in the US

Russia's invasion of Ukraine has already caused worldwide ramifications, from spiking in the cost of oil to pushing hundreds of thousands of refugees to seek shelter across Europe and elsewhere.

In the global telecommunications industry, the situation has already impacted equipment vendors like Nokia and smartphone providers like Apple, among others.

According to a recent FCC filing from satellite operator SES, the war may eventually make its way into the heart of a widening 5G rollout in the critical midband spectrum in the US.

SES is just the latest satellite operator to react to Russia's invasion of Ukraine. Other operators, ranging from OneWeb to AST SpaceMobile, have been forced to shift their own operations away from companies involved in the issue. Russia, after all, has long been involved in the global space industry.

The reason that the SES-22 satellite launch is important to the 5G industry in the US is because SES is one of a handful of companies working to free up valuable midband C-band spectrum for 5G operations. The FCC's massive C-band spectrum auction that ended last year required SES, Intelsat, Eutelsat and a handful of other satellite operators to modify their operations  including by launching new satellites  to free up wide swathes of C-band spectrum for 5G. They're doing so across two big deadlines: One at the beginning of 2022 and another by the end of 2023. 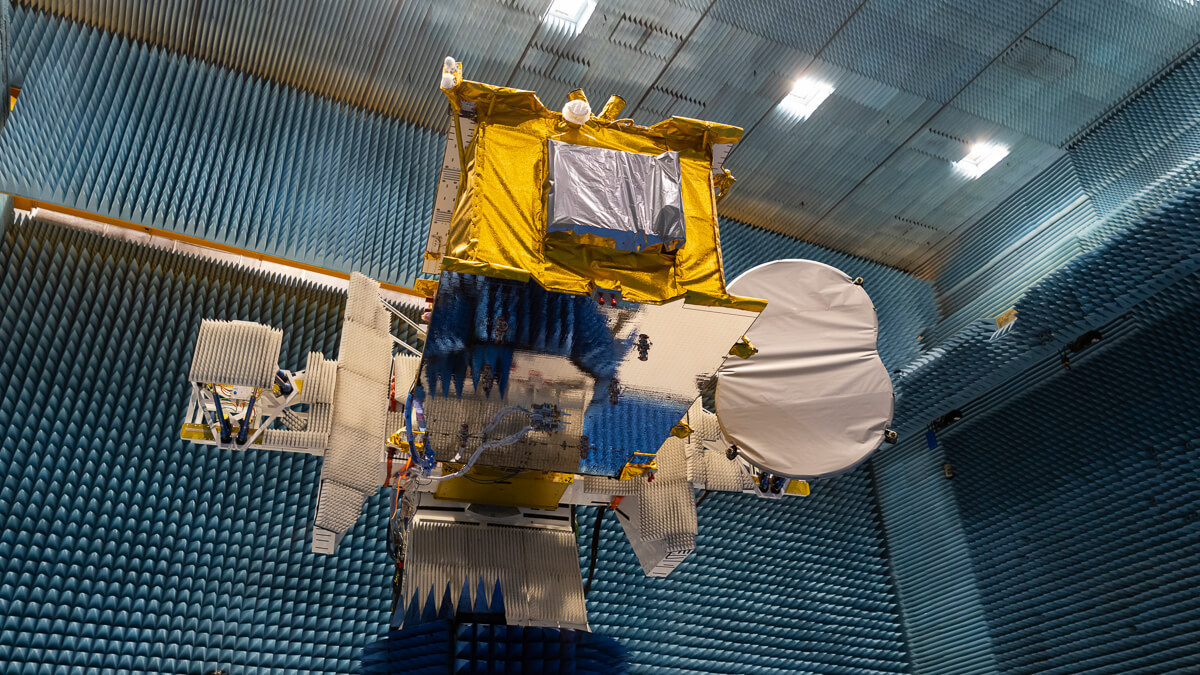 Both SES and Intelsat met the FCC's first big deadline for the project, thereby paving the way for Verizon and AT&T to launch some 5G operations in the C-band spectrum earlier this year. However, that launch was marred by some US airline officials, who worried that 5G operations in the C-band might affect aircraft altimeters. As a result, AT&T and Verizon agreed to delay their C-band rollouts around some airports until July.

Verizon, for its part, is racing to expand its 5G network in the C-band spectrum. The company hopes to cover at least 175 million people with 5G in the C-band by the end of 2022. Initial reports indicate that Verizon's overall network speeds have doubled thanks to its launch of 5G in the C-band.

Intelsat and SES stand to earn a total of $4.9 billion and $3.97 billion, respectively, under the FCC's initial plan to move their operations off of the C-band over the next two years. However, last month Verizon announced that it would pay SES an additional $170 million directly to get the company to free up more C-band spectrum ahead of the FCC deadlines.

That deal, according to Verizon, will allow it to deploy up to 100 MHz of spectrum in some areas before 2023 and offer C-band 5G services in an additional 30 markets, including Atlanta, Baltimore, Washington, DC and Denver.

SES' work with Verizon is noteworthy considering that SES is also embroiled in a lawsuit with Intelsat over the amount of money they're hoping to get from the FCC's C-band clearing plan. SES is arguing that it should get some of the cash claimed by Intelsat.

Intelsat, for its part, is hoping to exit bankruptcy this year and has already installed a new CEO as part of that process. According to SpaceNews, Intelsat and SES have been discussing how their legal squabble might be addressed as part of Intelsat's bankruptcy restructuring plan.