How 5G rollout became such a long, hard slog

Traverse the leafy neighborhoods of southwest London and the 5G connection flickers on and off like a faulty streetlight. Thankfully, for the zone's commuters and smartphone zombies, there is still no application that depends on 5G connectivity. And 4G is everywhere.

That technology spread rapidly across the UK after it was first switched on by EE in October 2012. When Ofcom, the UK regulator, got around to publishing its communications market update for June 2014, it celebrated the fact that more than 70% of homes were covered by a 4G network. There have been no such plaudits about 5G.

Launched in mid-2019, the latest generation of mobile technology gave Ofcom nothing to cheer in the latest May report. "We are still in the early stages of 5G rollout, so we will not be reporting on 5G coverage in this update," said Ofcom. "We continue to work with mobile operators to establish how best to evaluate and report on 5G coverage." 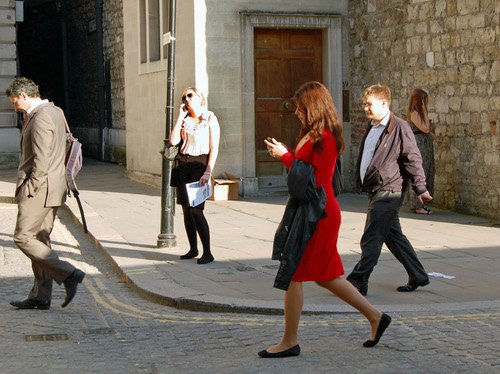 The few figures that have been squeezed out of service providers highlight the gap between 4G and 5G. In July, BT, EE's owner, revealed that it covers just 40% of the UK population with 5G more than two years after launch. Its 4G network, at the equivalent stage of rollout, was available to more than 80% of people. Nor can most consumers expect a 5G service to arrive soon. BT's target is to reach only half the population by 2023.

Rivals are even further behind. Vodafone is not disclosing the percentage but says it is "a bit less" than BT's. Three, the smallest of the UK operators, says it has made 5G available to 30% of the "outdoor" population. Virgin Media O2 is not for sharing details.

The stunted development of 5G is not just a UK phenomenon. By April this year, 5G services running over important "mid-band" spectrum were available to fewer than 10% of people living in European Union countries plus the UK, according to Ericsson, a vendor of 5G equipment. And in lower-band airwaves, 5G is no better than 4G.

The equipment looks partly to blame. The relatively lightweight network boxes that came with 4G were often easy to hoist into position. Streets did not have to be shut down, nor masts reinforced. EE, which re-farmed 1800MHz spectrum, was able to rely on the same antennas it had deployed for older services, according to an industry source close to the matter. "It was a doddle," he says.

By contrast, the radio units that Vodafone initially bought for its 5G rollout each weighed about 60 kilograms, says Ker Anderson, Vodafone UK's head of radio and performance. "Big, lumpy heavy objects require steel work and quite a lot of plant on site to install in a safe manner," he told reporters at a media roundtable last week. The physical process of upgrading has been "a lot more work than with 4G." 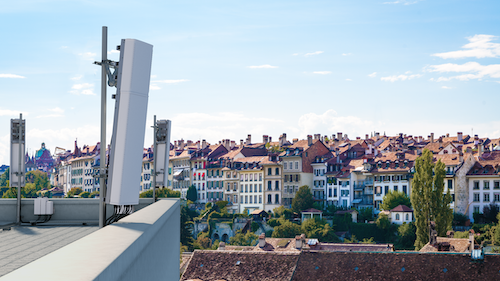 Rooftop-mounted Ericsson equipment, now much lighter than it used to be.

Fortunately, the 5G boxes are getting lighter. The units Vodafone now buys from Ericsson weigh less than 30 kilograms each, says Anderson, and can be installed more easily. Those could speed up the rollout of more advanced 5G networks for all operators. Until now, BT says it has had to fall back on less capable 5G units, incorporating fewer transmitters and receivers, to overcome the city planning obstacles it has occasionally faced with heavier gear.

Harder to fix is a shortage of mobile sites. The grid of European masts is adequate for services that operate in spectrum up to and including the 2.6GHz band, previously awarded for 2G, 3G and 4G technologies. But the distances between sites may be too great for the mid-band frequencies in and around 3.5GHz, licensed for use with 5G. Signals will not travel as far in higher ranges, fading at the cell edge like runners in need of refreshment.

This largely explains why mid-band 5G is far more pervasive in Asian markets that already had a very dense mobile network grid. The outstanding example is South Korea, where mid-band 5G services now cover more than 90% of the population, says Ericsson. For every 10,000 people, South Korea currently has more than 57 sites, while Germany and France have fewer than ten. 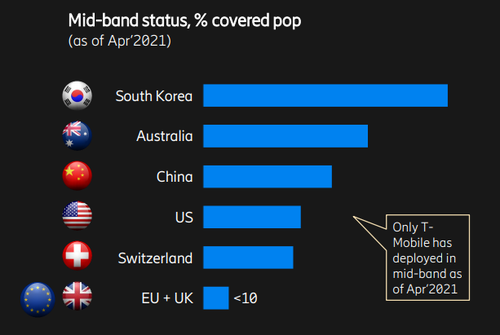 Building new sites today would be costly, and hardly any European operators have announced plans for such "densification." To overcome signal propagation challenges, they are relying on a technology called dynamic spectrum sharing (DSS), which splits lower-band spectrum between 4G and 5G. Even Germany's Deutsche Telekom, one of the few European operators constructing hundreds of new sites each year, looks heavily dependent on DSS. Only 2,400 of its 55,000 5G antennas currently use mid-band spectrum, it said last week.

DSS has come in for heavy criticism from Nick Read, Vodafone Group's CEO. "Some operators are taking DSS, which is effectively giving you a 5G symbol but 4G performance," he told analysts on a call in November. Yet Vodafone UK appears to have gone down the same path. Gabriel Brown, a London-based Heavy Reading analyst who has been monitoring 5G rollouts, tweeted in June that he rarely encounters a Vodafone service that operates in 3.5GHz spectrum.

"The DSS you are seeing is a precursor," said Anderson last week. "That is just about getting more footprint out there. That is not necessarily the end game for us." But it remains unclear whether operators can provide blanket mid-band coverage without adding sites. France's Orange believes it can avoid much 5G densification by using more efficient technology. Ericsson is unconvinced.

Service providers are in no apparent hurry while there is no compelling reason for consumers to upgrade. "I don't think 5G to consumers, in terms of the magnitude of the step from 3G to 4G that we had, is even close," said Anderson. "You can get 100 Mbit/s, whereas on 4G you got 30 Mbit/s, but  in reality  what does that mean for a consumer?"

He is not the only technology executive who questions 5G's immediate appeal. "3G and HSPA [a high-speed version of 3G] was a poor substitute for 4G and 5G," said Neil McRae, BT's chief network architect, in July. "Moving from 4G to 5G is not that kind of packet-based improvement and we've done that piece of it."

The metrics bear this out. Of Vodafone's roughly 17 million mobile customers, only about 3 million have a 5G SIM card and plan, and not all of those have a 5G-compatible device. BT has stopped providing details of total customer numbers but says only about 4 million are "5G-ready." At about the same stage of its 4G rollout, EE had nearly 8 million customers.

The 5G launch has not provided any revenue uplift, either. Vodafone UK's average revenue per user (ARPU) has fallen from £14.10 per month before the 5G launch to £13.70. For contract customers, BT's ARPU has dropped from £20.70 to £18 over a similar period. Competition has whittled down prices.

No doubt, the coronavirus pandemic and a UK government-mandated swap-out of Huawei kit have also had an impact. In Vodafone's case, the controversial Chinese vendor is making way for new suppliers of open RAN, an immature technology that appears to have slowed Vodafone down. One problem is a lack of open RAN support for 3G, a technology still in widespread use among Vodafone customers. A need to maintain 3G for several years is "holding us back from introducing open RAN," said Anderson last week.

With revenues under pressure, finance departments are reluctant to commit additional funds to 5G rollout. And there is no shortage of other projects consuming attention. Anderson reels off a list that includes mobile edge computing, investment in optical transport and the launch of standalone 5G, a new variant. BT is spending billions on the rollout of full-fiber networks to UK homes. Under pressure from rivals and regulators, it aims to cover 25 million homes by the mid-2020s.

A 5G problem in waiting? 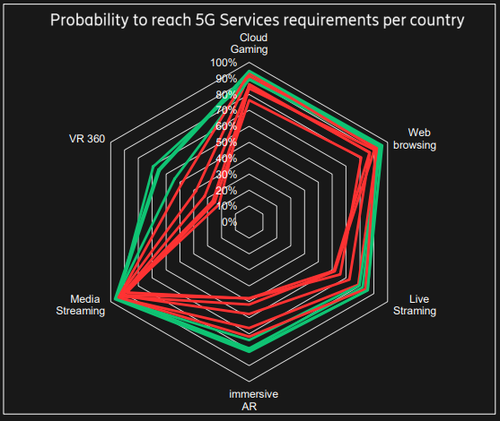 It all explains why cutbacks and efficiency have become telco priorities. Besides selling assets, shutting down older platforms (such as 3G) and automating processes, operators are spinning off towers and sharing infrastructure. BT aims to reduce annual costs by £2 billion ($2.8 billion). Vodafone slashed operating expenses by 7.5% in its last fiscal year.

Few denizens of southwest London and other European cities will care about spotty 5G coverage. Most would not even notice the yoyoing between 4G and 5G that inevitably occurs. Not, that is, unless a mobile application arrives that is simply too advanced to run on any 4G network. If that day comes, the 5G gulf between South Korea and Europe will suddenly be a much bigger deal.