Once a year, Spanish tennis star Rafael Nadal turns up in Paris and usually wins the French Open, the sport's prestige clay-court event.

There is always an element of sporting uncertainty: Three other men have managed to wrest the Coupe des Mousquetaires from his callused fingers since 2005.

Normally played in early June, the two-week tournament was into its third round on October 2 after a virus-induced delay. The damp conditions and larger balls chosen this year do not suit Nadal's hot-weather, heavy-topspin game. 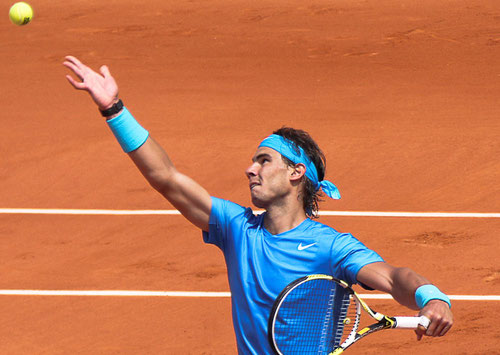 There were no such vagaries in the other contest that took place in France this week.

While dressed up as a competition, France's auction of 5G licenses was never going to produce a surprise winner.

The four companies that already operate mobile networks  Altice, Bouygues Telecom, Iliad and Orange  were the same ones that secured spectrum.

Nadal must beat seven opponents to hoist the trophy. France's telcos faced not a single challenger.

In principle, they had to bid against one another, of course, but the entire process was a farce.

France would never have allowed one operator to hoard spectrum because this would skew competition.

The optimal outcome would have been an even, four-way split. Why, then, run an auction at all?

Under the hammer
Defenders of the format insist it is the most efficient way to award spectrum.

Critics, including many European operators and equipment suppliers such as Ericsson, say it deprives the industry of money that would otherwise be invested in networks, provided stringent conditions were attached to licenses.

France's operators are now on the hook for about 2.8 billion (US$3.3 billion), a sum that will fill a small hole in the state coffers.

France at least avoided the excesses of the 5G auctions that previously took place in Italy and Germany.

Italy's regulator chopped spectrum into uneven blocks and then watched operators fight over the juicier assignments. That maximized proceeds at the expense of competition in the telecom sector.

German authorities were criticized after they reserved airwaves for industrial groups, denying operators the full amount. Fierce bidding over what remained drove up the license fees.

The sale also dragged on interminably because of the auction rules. France's lasted just three days and left no player at a serious competitive disadvantage. 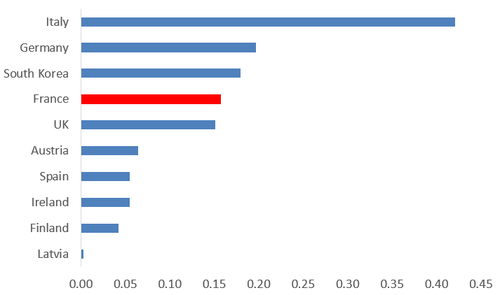 Yet, on a like-for-like basis, French spectrum in the 3.4GHz to 3.8GHz range still cost four times as much as those airwaves in Finland, which ran a low-cost 5G sale in October 2018.

It was also more expensive than equivalent spectrum in the UK, Austria, Spain, Ireland and Latvia, according to Light Reading's spectrum database.

The outlay is significant for the service providers. Incumbent Orange, for instance, paid 854 million ($1 billion) for a 90MHz license, a figure equal to about 12% of its capital expenditure last year (the full results are shown in the table below).

Amid a second wave of coronavirus, the auction has also come at a difficult time for some of its participants.

"In a data-intensive market like France, operators may compete to bring 5G into service first," said Jefferies in a research note issued today.

License winners will be able to spread their payments over many years, however, and there is no sign of telco discontent.

"We are very satisfied with the way this auction process went; the result is well balanced and encourages operators to invest," said Orange CEO Stephane Richard in his statement.

Any griping would not elicit much sympathy.

Telecom has proven to be one of the most resilient sectors of the economy to the effects of COVID-19. In the second quarter, Orange's revenues dipped only 0.4%, compared with results for the same period of 2019.

As millions of European workers are forced into unemployment, governments will lean on big businesses that still look strong.

But the debate about the costly spectrum auction will continue.

Technology executives from European firms have previously been overheard grumbling that China's state-backed operators pay close to nothing for their own spectrum licenses, leaving them with more to invest in network rollout.

Were Europe similarly generous, money would find its way into shareholder pockets rather than service improvements, say the critics.

Few would bet on a regime change before 6G comes along.