On Thursday, the US House Transportation and Infrastructure Committee held a lengthy hearing on 5G operations in C-band spectrum and whether they pose a threat to aircraft.

The event was noteworthy because it's the first time aviation and wireless experts, including the head of the Federal Aviation Administration (FAA), have spoken at length in public about the topic.

The hearing came just weeks after the conclusion of a remarkable few weeks of very public negotiations between the US airline industry and the wireless industry over whether AT&T and Verizon should launch their midband 5G services near airports. The two carriers agreed to curtail their services in some of those high-traffic areas over worries that 5G signals in C-band spectrum might interfere with aircraft radio altimeters.

According to a new report from Bloomberg, it's an important question. Citing unnamed sources, the publication reported that US safety regulators have received more than 100 pilot reports of possible interference from 5G wireless signals.

I listened to the House committee's entire, four-hour-plus proceeding, and here are my four takeaways:

1. Political grandstanding is alive and well.

"We don't really regulate telecoms anymore. That's why we have the crappiest cell phone service in the world. ... It's so disappointing," said Rep. Peter DeFazio (D-OR), the chair of the committee and the driving force behind the hearing. "Having a dropped call is way less serious than having a dropped airplane out of the sky."

DeFazio took a hard line against the telecom industry during the event, arguing that wireless carriers including Verizon and AT&T should delay their C-band launches near airports until US airline officials have completely and thoroughly tested the situation for any possible interference.

"That's what we plan for, is the worst, worst case scenario," he said of the airline industry.

"It's not enough to be comfortable," agreed Steve Dickson, the head of the FAA. Even if there is a "one-in-1-billion" chance of interference, the FAA needs to know that, he said. "They're not used to that precision," Dickson said of the wireless industry. 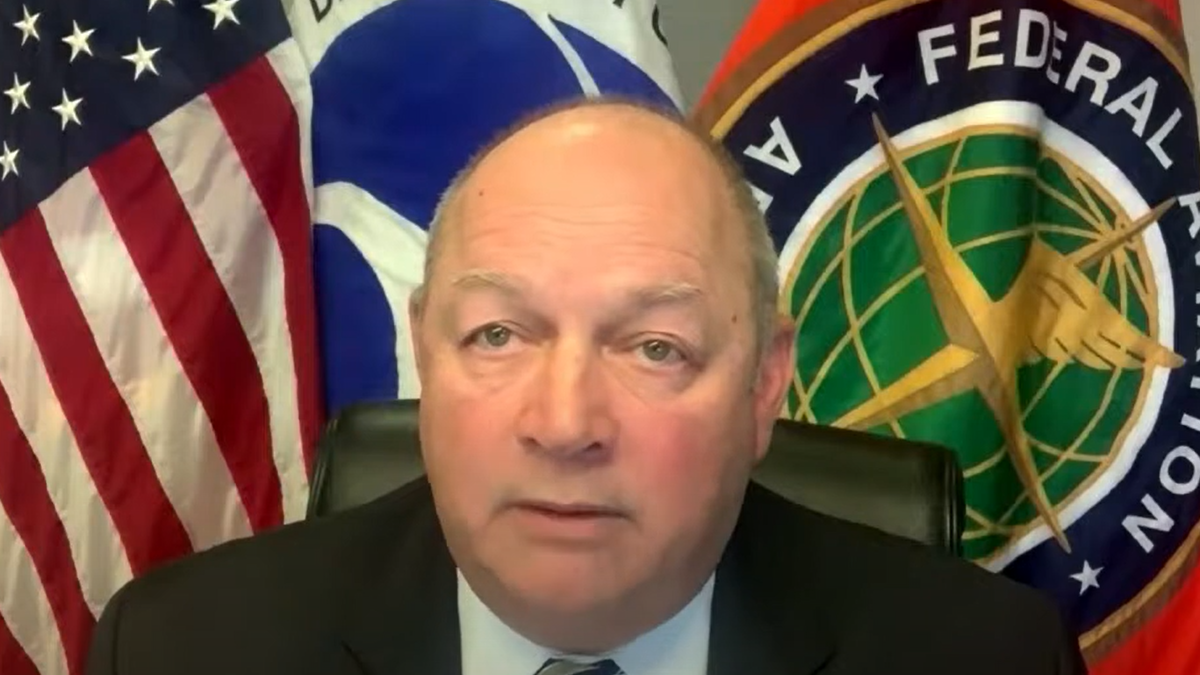 Perhaps not surprisingly, other members of the House committee were not nearly as familiar with the topic as Dickson and DeFazio. For example, one representative reading a question said "G-H-Z" instead of saying the far more common "gigahertz."

Further, the hearing featured a large number of airline industry executives and only one speaker  CTIA CEO Meredith Attwell Baker  from the wireless industry. Missing from the event was anyone from Verizon  the operator most clearly affected by the issue  and members of the FCC.

According to Politico, FCC Chair Jessica Rosenworcel met with top members of the committee the day before the hearing but declined to testify due to a prior commitment. The committee did not take FCC Commissioner Brendan Carr's offer to step in to represent the agency that actually looked into the interference topic prior to auctioning the C-band for 5G.

"It gives people the feeling that bureaucratic malaise in Washington is alive and well," said Rep. John Katko (R-NY).

Thankfully though, the overall discussion remained mostly on topic and did not stray into hot-button political issues as it did in the Senate during a hearing for new FCC and NTIA leadership. That was when Sen. Ted Cruz (R-TX) began asking questions about "critical race theory" for some reason.

One of the key elements that came up during the hearing is the importance of AT&T and Verizon's cell site locations. Dickson, of the FAA, said that information was critical to the agency because it could affect how 5G signals might interact with aircraft radio altimeters.

"We did not have the data that we needed," Dickson said, explaining the reasoning behind the FAA's high-stakes standoff with AT&T and Verizon that ultimately resulted in dozens of canceled and diverted flights. Without that data, he said, "we have to assume that 5G in C-band is blanketing the entire country."

Other airline officials pounced on the topic.

"These are communications companies that we have been asking for a long time to communicate with us," argued Joe DePete, president of the Air Line Pilots Association.

But Baker, of the CTIA, said the airline industry didn't request that data until November, and that AT&T and Verizon began providing it in December. "This is the type of US corporate leadership we need," she argued.

The timing of those requests is important because, according to Dickson, the airline industry began warning of possible 5G interference concerns in 2015. Indeed, I personally have known since March of 2021 that Verizon intended to put C-band on top of up to 8,000 cell towers by this time, and that there was a good chance many of those towers would be near airports. It seems like the FAA should have asked for cell site data earlier  but none of the House committee members brought up that topic.

3. What about those altimeters?

A major portion of the hearing was spent on whether radio altimeters can be affected by 5G operations in C-band spectrum. Dickson said that, now that the FAA has specific cell site location data, the agency can now effectively test whether there is any interference. So far the agency has cleared 90% of the commercial US airline fleet of interference concerns. And Dickson said that the FAA has not yet officially discovered any instances of interference, but that testing is ongoing.

However, several speakers said that at least some altimeters  some of which are more than 40 years old  will be affected.

"There is a problem," argued Dennis Roberson, CEO of research and consulting firm Roberson and Associates. He said older altimeters were designed to transmit far outside of the spectrum bands allocated to the devices by the FCC  and now they likely will be affected by new 5G transmissions in nearby spectrum bands.

"There will probably be some airplanes that will have to retrofit new equipment," Dickson agreed.

"There are a lot of [helicopter] aircraft that aren't flying right now," said James Viola, CEO of the Helicopter Association International. But he said that, so far, no one is looking at how 5G might impact thousands of helicopter landing sites around the country.

...And yes, I'm as surprised as you are that no one on the House committee asked any follow-up questions about this situation.

How much might it cost to install new altimeters into older aircraft that are affected by 5G? Cathryn Stephens, director of the airport in Eugene, Oregon, said "it's not nickels and dimes" but did not provide a firm number.

And who might pay for that effort? CTIA's Baker said that question is "premature" because it's unclear how many altimeters might need to be replaced. She said it would be up to the US government to decide whether to use a portion of the $81 billion raised by the C-band spectrum auction last year to pay for the retrofitting program.

There was one more question about radio altimeters that also didn't receive an answer: When FAA officials might develop new altimeter standards that take into account 5G in the C-band. Dickson suggested those standards might not be developed until 2023, and only after that could altimeter manufacturers begin building devices that are specifically designed to avoid 5G interference.

It's worth noting that Verizon and AT&T have so far only agreed to delay their C-band rollout near airports by six months, until July. "What happens after July?" DeFazio asked repeatedly. He didn't receive a clear answer.

4. So, should we turn off our 5G C-band phones on airplanes?

This topic came up only briefly during the almost five-hour hearing. Dickson, of the FAA, said yes, such phones should be turned off because the agency doesn't know whether they will cause interference. "We have communicated that" to flight attendants, he said.

"It is a risk we have to be very cognizant of," Dickson added.

This exchange struck me as noteworthy, partly because it was not discussed further after Dickson's brief comments on the topic.

First of all, if there is a one-in-1-billion chance that passengers' C-band phones cause interference, shouldn't the FAA enact the kind of last-minute, heavy-handed restrictions it sought against AT&T and Verizon?

Second, how could C-band phones cause interference if Verizon and AT&T aren't operating C-band towers near airports? Presumably the phones wouldn't be broadcasting heavily in that band without any nearby towers.

Finally, Dickson's attitude toward the question struck me as surprising  he all but shrugged his shoulders in a "what can you do?" attitude.

I've written extensively about the absolute disaster that has been the C-band rollout in the US, an event that has been full of breathless warnings, political chaos and corporate gamesmanship. And I've argued that there's plenty of blame to spread around.

My broad takeaway from the hearing yesterday is that we're in for more of the same on the topic, probably for years to come.

Finally, it's almost certain that the lawyers at AT&T and Verizon are drafting some kind of legal action regarding the billions of dollars they spent on C-band spectrum licenses that could sit fallow for an unknown and potentially lengthy period of time due to these interference concerns.

AI/ML for the 5G RAN
5G for the Internet of Things: Connecting Everything, Everywhere
Deploying mmWave to unleash 5Gs full potential
Whats in the future of 5G millimeter wave?
How to build high-performance 5G networks with vRAN?
More Blogs from DanoVision
The quiet brilliance of T-Mobile's 5G spectrum strategy