Ryan Ding, the head of Huawei's carrier business, has tipped a bucket of ice water on China's 5G.

China might have the world's biggest rollout and the largest number of customers, but compared to other countries  in particular South Korea  he says China's 5G is "fake, dumb and poor." 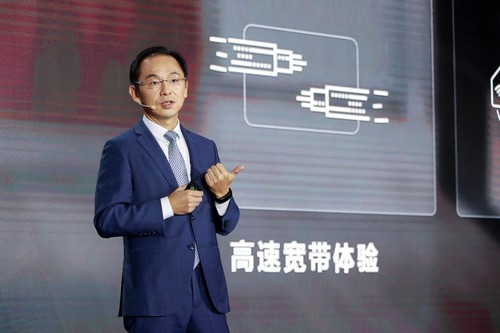 Ding said the average downlink rate on South Korean networks is more than 600 Mbit/s, compared to 270 Mbit/s in China, while at end-September 5G penetration was 25% in South Korea and 8% in China.

He said 5G is starting to power growth in revenue and profit for the South Korean operators, yet Chinese telcos have so far seen zero return from their massive investments.

Say what you mean

Ding acknowledged that the just-completed first phase of 5G is "a great improvement over the 4G experience," but China's 5G still had many problems.

"To put it in three simple words, it's fake, dumb and poor."

In many cases the user's phone has a 5G logo but no 5G coverage, he said. "The experience is still 4G, but the display is 5G. They are not connected to the 5G network and can't make 5G calls."

Additionally, users might have 5G coverage, but happen to be on the edge of multiple cells, leading to frequent handover between 4G and 5G and very poor user experience.

Ding said although the number of 5G users in China had reached 150 million, according to operator subscriber totals, many of these were using 5G packages with 4G phones.

"There are also many users who have 5G mobile phones, but there is no 5G coverage on the network."

5G equipment will greatly increase the power consumption of basestations, but according to a Huawei survey of operator networks, about 32% of cellsites had insufficient power.

Ding's remarks are a contrast to the usual congratulatory public discussion on 5G, where officials and execs cite raw numbers of basestations and subs totals as markers of success.

He urged operators to build out 5G business ecosystems through innovative and differentiated applications.

He said they also need to slash expenditure and optimize TCO and restructure their IT platforms to accommodate a massive increase in load in the next two to three years.