The recent mushrooming of industry groups has triggered all sorts of anxiety about overlapping efforts and fragmentation. Now, two of the main ones backing open RAN technology have joined forces as they try to avoid duplication and speed up progress.

The long-discussed partnership move brings the Facebook-led Telecom Infra Project (TIP) and the slightly younger O-RAN Alliance closer together. Announced to the world in February 2016, TIP is all about introducing new competition into the network equipment market and lowering costs. The O-RAN Alliance, meanwhile, was formed two years ago with the rather specific goal of developing more open interfaces for radio access networks (as its name implies).

Now they have forged a "liaison agreement" related to the development of interoperable 5G RAN solutions that, the two groups hope, will send a clear signal to the industry about who does what.

Notwithstanding TIP's broader remit, open RAN is a priority for both organizations. TIP even has a working group named "OpenRAN" and another it calls "OpenRAN 5G NR," sparking concern the two groups have been tackling the same issues. Vodafone was previously reported to have stayed outside the O-RAN Alliance  whose members include most of the world's other big service providers  so that it could focus on TIP and avoid splitting its resources.

People involved with the groups had downplayed talk of an overlap. Meeting Light Reading in October, Attilio Zani, TIP's executive director, insisted his organization had no interest in becoming a specifications body. Its role, he said at the time, was to take the specifications developed by others and turn them into something practical through its various working groups. Discussions with the O-RAN Alliance were then underway, he said.

Even before then, some kind of alliance had seemed likely ever since October 2018, when Telefónica and Vodafone, two of the operators involved with TIP's OpenRAN working group, began using specifications developed by the O-RAN Alliance, according to Axel Clauberg, the previous chairman of TIP and a former technology executive at Deutsche Telekom who recently quit to join AWS. "TIP would do solutions integration and prove it is possible to build such an open RAN in real life," said Clauberg back then.

That alliance was formally announced today after a top-level meeting between the two organizations. Alex Choi, Deutsche Telekom's senior vice president of strategy and technology innovation and COO of the O-RAN Alliance, spoke to Light Reading after the details had been worked out. "We agreed to differentiate roles," he said. "O-RAN will focus on developing specifications for open interfaces and TIP will adopt O-RAN specifications and actually implement them together with vendor companies. It is a high-level harmonization." 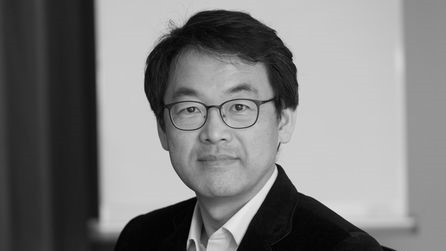 TIP's executive director seems relieved the news is finally out. "This is the easiest thing I have ever had to sign [in this role]," Zani told Light Reading. "The whole industry has been looking for this for some time  we need more collaboration in this industry. It will allow us [TIP] to reference those specifications and get those specs through our labs, harden those solutions and provide continual feedback. What's important is that it brings practical, implementable solutions to market," he added.

That joint lab is the European Open Test and Integration Center, which will focus, according to TIP, on "interop validation of O-RAN compliant RU-DU [radio unit-distributed unit] solutions leading to an upcoming Open FrontHaul (RU-DU) TIP PlugFest, as well as supporting Open Optical Packet Transport (OOPT) technology trials." TIP adds that multiple operators, including Orange, are "collaborating across several streams in the lab for integration, testing and also for upcoming Plugfest activities."

"The lab environment is key," noted Zani. "That is where the rubber hits the road. What's important is that the resulting solutions fit into the broader network environment, with the transport, the core etc."

Multiple benefits
The partnership should bring various benefits. First, it will clear up any lingering industry confusion about the different roles the O-RAN Alliance and TIP are pursuing. Second, it provides some clear delineation of those roles, minimizing the risk one group strays into the other's territory. Third, it should make collaboration much easier by formalizing TIP's reliance on O-RAN specifications and the O-RAN Alliance's use of TIP as a kind of testing ground or workshop. And fourth, it will help with resource management and allocation, which could lower costs and aid momentum.

Tie-ups in such a critical area are exactly what the industry has needed, say those worried that too many groups could spoil the tech. Now, as an increasing number of operators embrace open RAN models, it's up to the O-RAN Alliance and TIP to show their partnership can make a difference.