BT agree to lease 65,000 square feet of office space at No. 3 Capital Quarter in the center of Cardiff as its new Welsh hub. The workspace will become at least a part-time home to up to 900 employees. As is becoming de rigueur these days, a roof terrace will be provided so that employees can make the most of the fabled Welsh weather.

Proximus reach an agreement on the redevelopment of its headquarters in Brussels, reflecting the operator's ambition to "reinvent its workspace in such a way that it enables employees to work smarter, collaborate differently and innovate, whilst also being a source of inspiration and contact between colleagues, partners and customers."

Qatar-based operator Ooredoo commit to flexible working as a permanent arrangement, following a trial which began last year. Employees will be given the option to work a "flexible day" and work from home two days a week. The operator is also trialing an arrangement whereby employees can choose to work from home at a location outside Qatar for up to four weeks a year. 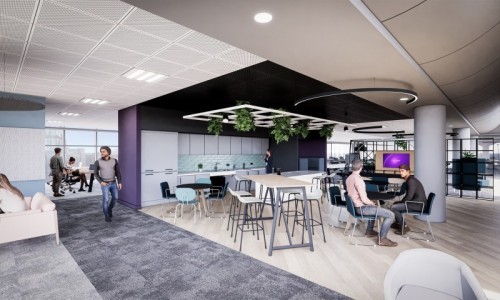 BT has seen the future of work – and it involves tank-tops.
(Source: BT)