Ericsson sets course for the enterprise in latest profit mission

Börje Ekholm bears little resemblance to Captain Kirk, but the Ericsson CEO now appears to spend just as much time talking about the "enterprise." For the fictional Kirk, that was the name of the spacecraft that explored the final frontier. For Ekholm, it is  to use another Star Trek analogy  the undiscovered country that Ericsson is desperate to colonize in its pursuit of 5G growth. The fortunes of the Swedish equipment maker now hang on the success of that mission.

Ekholm's previous one, to re-establish Ericsson as a high-flying maker of advanced mobile networks, is evidently complete. Published today, Ericsson's full-year results for 2021 indicate an operating margin of 13.7%, putting it a year ahead of schedule on the achievement of profitability targets. While reported sales were flat, at 232.4 billion Swedish kronor ($25 billion), they rose 4% organically. And net income soared 30% to SEK23 billion ($2.5 billion).

After Ekholm promised to increase dividends by 25%, shareholders had one of those giddy moments, sending Ericsson's share price up 8% during noontime trading in Stockholm. Despite some peaks and troughs in the last year, the share price remains more than twice its level in January 2017, when Ekholm took the helm. 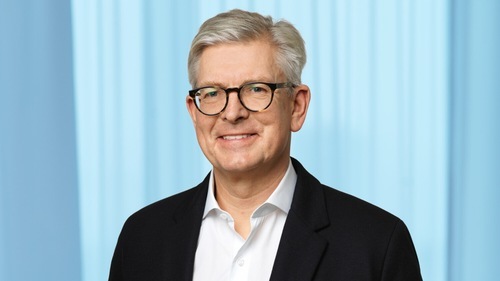 His formula has involved selling non-core assets, cutting headcount from historically high levels and pumping money into 5G research and development. Its success can be measured not only in the sharp financial turnaround since 2017, when sales fell a tenth and the company reported a SEK35.1 billion ($3.8 billion) loss, but also in market share gains that are still being recorded. Fredrik Jejdling, the head of the all-important networks business, says Ericsson's share of the market for radio access network (RAN) products outside China has risen six percentage points since 2017, to about 39% in the third quarter of 2021 (on a rolling four-quarter basis).

Confidence that Ericsson has more to gain partly explains why Ekholm now thinks an operating margin of 15% to 18% is achievable in the next two to three years. But a successful enterprise mission would also make his firm more profitable, he believes. "Over time, we expect the enterprise segment to provide higher growth and profitability than our mobile infrastructure business," he said in today's earnings report.

There are plenty of doubts that Ekholm can pilot Ericsson to enterprise riches. The sale of RAN products to consumer-facing telcos was an established activity long before Ekholm joined. In contrast, no one really knows how big 5G's role will be in the enterprise connectivity market, or which sales channels and technology strategies will succeed.

Ericsson's enterprise strategy is still clearly in flux. For a long time, the Swedish firm resisted any direct sales to enterprise organizations, worried this would make it a rival to its own telco customers. Yet Nokia, its main European competitor, did not appear to have the same qualms. Signs of a rethink came last year, with Ekholm indicating that Ericsson would be prepared to "work very closely" with companies that owned spectrum and did not wish to involve an operator.

Some of Ericsson's other enterprise moves have also met with criticism. The most controversial is a recent decision to spend $6.2 billion  using most of its net cash  on a takeover of Vonage, a firm known mainly for its portfolio of unified communications products. For Ericsson, however, the main attraction seems to be the application programming interfaces (APIs) part of Vonage. "It allows exposure of APIs northbound to enterprises," says Jejdling. "It helps us in the core and enterprise wireless to expose more critical and sophisticated functions northbound."

Yet analysts are skeptical that Vonage developers will be able to pivot so easily. In a blog published when the deal was announced, Tom Rebbeck of Analysys Mason said those developers "are used to including a few lines of Vonage code to enable an app to use voice services or send an SMS, quite different services to those enabled by 5G."

Dean Bubley, another analyst with Disruptive Wireless, is also dubious. "It's not obvious to me that a developer doing SMS appointment reminders for dentists is going to suddenly pivot to consuming 5G network slices/QoS [quality of service] APIs, or writing rApps for energy consumption of an open RAN radio network," he said in a LinkedIn post.

Ericsson's $1 billion acquisition of Cradlepoint back in September 2020 was probably easier to fathom. The US firm sells wireless products such as edge routers to non-telco businesses, including parts of the public sector. Through Cradlepoint, Ericsson has also recently acquired a small UK business called Quortus, which develops packet core products that are "perfect" for enterprise private mobile deployments, according to James Crawshaw, a principal analyst with Omdia (a Light Reading sister company).

The greatest danger facing us is ourselves

Even so, for all the excitement about the enterprise market, it remains a small contributor to Ericsson's sales. While the exact figure is not broken out in financial reports, the emerging business division to which Cradlepoint belongs made only SEK7.9 billion ($850 million) in revenues last year, an 11% increase on 2020 when adjusted for comparable units and foreign exchange effects.

Sub-sectors of this market are shaping up to be intensely competitive. For one thing, where telcos are active, they have spied an opportunity to use more open and virtualized RAN products, often supplied by smaller rivals to the large kit vendors. American Big Tech is also wading in. Microsoft's acquisitions in 2020 of Affirmed Networks and Metaswitch, two developers of core network products, arguably make it a stronger rival to Ericsson and Nokia in enterprise 5G.

What's more, while its networks unit is performing well, Ericsson's digital services division  the part responsible for the 5G core  has struggled with a turnaround. Last year, its sales dropped 3%, to SEK36.2 billion ($3.9 billion), and its operating loss widened to SEK3.6 billion ($390 million), from SEK2.2 billion ($240 million) in 2020. While Ekholm continues to guide for profitability on the back of stronger software sales in future, the deployment of standalone 5G core networks is taking longer than envisaged in some countries.

More recently, Ericsson's loss of market share in China has been a factor. "That is really the first country to roll out massive traffic on 5G and that is why it is so meaningful that we lost that, but the rest of the world will start to generate those revenues," Ekholm said on today's earnings call.

For all the concerns, enterprise investments could boost network sales, purely because additional equipment would be needed for coverage and capacity. "Expanding into the enterprise allows for a densified network through the mid-band," says Jejdling, referring to the frequency bands around 3.5GHz that combine high speeds with good signal strength.

Further uplift for networks might come from the sale of dedicated, mission-critical networks to some enterprise organizations. Jejdling estimates the growth potential of this business is about 20% annually. An intriguing observation about the sale of mobile network infrastructure to enterprise organizations came from Nokia in 2020, when Ericsson's Finnish rival calculated that putting a mobile basestation at every one of the world's main industrial sites would triple the number in the field, from about 7 million at the time.

Ericsson comes at that opportunity from a position of strength in the mainstream 5G market. That gives it resources, relationships and a reputation it would have lacked when Ekholm took charge. But it does not guarantee enterprise success. The gravest danger, perhaps, is that enterprise deployments become a testbed for new technologies and suppliers. Lose out here and Ericsson might find the mothership is soon under attack.