Call it the plagues of Huawei. If UK operators are forced into a swift ejection of the controversial Chinese vendor, blackouts will strike the land, the economy will wither and the country's prospects of 5G leadership will be in ruins. As for actual plague, a few hooligans are already burning masts in the conviction they spread coronavirus. The Bible has nothing on this story.

Senior technology executives from BT and Vodafone last week sounded like they were reading from an updated Book of Exodus as they warned UK politicians of the telecom apocalypse that could befall the UK unless they are given at least five years to replace Huawei. Howard Watson, the chief technology officer of BT, thinks seven would be ideal. Philip Jansen, BT's CEO, apparently wants ten.

The discussion has clearly shifted. A few weeks ago, operators were still resisting a US-led campaign to ban Huawei on national security grounds. Now they are pushing for more time to replace it. With the government reportedly set to announce a decision later today, BT and Vodafone may soon find out how long they have got.

The plagues of Huawei 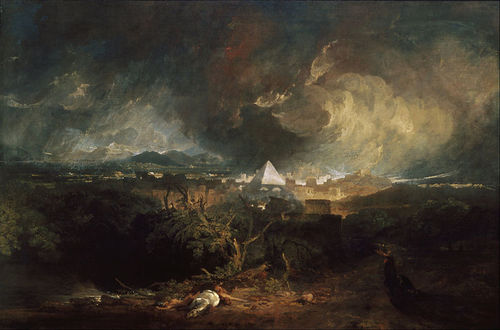 The Book of Exodus has nothing on the latest UK warnings about a looming apocalypse.

In the meantime, one of Ericsson's top executives has weighed and rubbished the talk of a looming mobile apocalypse. Commenting on the warning of blackouts on BBC radio earlier today, Arun Bansal, the head of Ericsson's business in Europe and Latin America, is clearly at odds with two of his customers. Ericsson, he insisted, is currently doing swaps in nine countries.

"The way mobile networks are built, every five to seven years there is some sort of swap anyhow," he said. "We do more than 100,000 swaps every year, which is two times the entire UK installed base."

The figure of 100,000 refers to the number of mobile sites. In the case of BT, Huawei equipment at about 12,500 sites would need to be replaced. Vodafone uses the Chinese vendor at about 6,000 sites. Bansal would not be drawn on the length of time his company would need to overhaul these sites, but his broad message was that Ericsson would be able to manage the process in accordance with a government timeline.

"We need to work with government and with operators to put in timeline," he said. "We can do our part. We have technology leadership, we have the supply chains, we have more than 2,500 engineers employed locally."

In fact, the main issue, as far as Bansal is concerned, is not the technical challenge but the local bureaucracy. "It takes time because of site permits," he said. "In the UK, that is not easy." Operators usually love to grumble about planning permits, too, but BT's Watson and Vodafone's Andrea Donà, the head of UK networks, had nothing to say on the topic at their parliamentary grilling last week.

Of course, a senior Ericsson executive touting for extra work is hardly going to say his business cannot cope if the government decides Huawei must go by 2023, as operators fear. BT, which is shifting from Huawei to Ericsson in the sensitive network "core," appears to think an enlarged deal with Nokia  which currently supplies about a third of its radio access network (RAN)  or a new contract with Ericsson are its only options if the government demands a rapid replacement of Huawei. Because operators are wary of single-supplier deals, Ericsson is the likelier candidate.

Evidence of all that came during Watson's parliamentary interrogation, when he was asked how a 35% cap on Huawei in the RAN had already affected his business. "We are going through a commercial and technical evaluation of, do we use more of our second-source vendor, which is Nokia, to shrink Huawei to 35%, or do we introduce a third vendor that is capable of single RAN?" he said. Trials of single RAN technology, which runs all the different mobile generations on a single platform, have been done with both Nokia and Ericsson, Watson revealed.

If there is skepticism that an overhaul can be carried out quickly, it is worth recalling a project carried out by Norway's Telenor back in 2009. Its mission then was to replace two incumbent vendors with a single RAN system provided by Huawei, supporting 2G and 3G technologies. In sometimes glacial conditions, about 6,000 sites were refitted in a period of just ten months.

Obviously, a remote and barely inhabited Norwegian community is not the same as central London. Closing off busy streets so that cranes can lift mobile equipment to rooftops sounds disruptive. But it presumably had to happen when EE, BT's mobile subsidiary, was building its 4G network, and the operator reached 60% of the population roughly one year after launching that particular service. With most of central London's offices still emptied by coronavirus, now could be the ideal time to get cracking.