When it comes to radios, the smaller and lighter the better. A high-end 5G radio made by Ericsson previously weighed up to 36 kilograms and was an awkward fit in many places. Bulkier equipment also gobbles up energy, partly because techniques to reduce heat become unavailable. "If you cannot make the size smaller, you cannot use passive cooling," says Sibel Tombaz, Ericsson's head of 5G highband and midband active antenna systems.

But after some cleverness within Ericsson Silicon, the Swedish vendor's in-house chips division, Ericsson has been able to shed some excess weight. It is not just a marginal improvement, either. Its state-of-the-art, midband 5G radio, featuring 64 transmitters and receivers, now weighs only 20 kilograms, a reduction of up to 45%. Energy consumption is down 15% to 20% compared with older equipment, says the company. 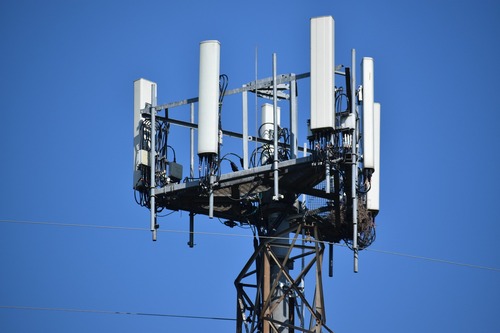 Smaller and lighter 5G products could be critical in Europe, says Ericsson.

This is something of a breakthrough for Ericsson, and it might even negate one of the big advantages Chinese manufacturers have had over their European rivals. Around this time last year, Huawei was shouting about similar "massive MIMO" gear that weighed about 25 kilograms per unit. At the time, Ericsson's equivalent products were up to 15 kilograms heavier, according to Earl Lum, an analyst with EJL Wireless Research. His figure roughly tallies with Ericsson's for its previous generation of equipment.

"As of today, from our side, we can definitely say that this 20 kilograms is a new benchmark for our industry," says Tombaz. "This is the lowest size and weight you can find in that kind of massive MIMO radio."

The claim is hard to validate because at the time of publication neither Huawei nor Ericsson's Nordic rival Nokia had been able to confirm details of their latest weight specifications. Nevertheless, Ericsson is essentially boasting a 5-kilogram advantage over the products Huawei was marketing this time last year. Nor has the Chinese vendor publicly announced improvements since then.

The three big vendors still account for up to 80% of the global market for radio access network equipment, and any technical edge could lure customers. Energy consumption accounts for a major slice of operating costs within the service provider business  about 5% of the total bill in 2018, according to research carried out by McKinsey, a management consultancy. Any savings could fatten profit margins. With more lightweight equipment, operators could also speed up 5G rollout and cut installation costs.

Assuming the same levels of traffic and capacity, Tombaz estimates total cost of ownership at a given mobile site would be 40% to 50% less with Ericsson's new radios than with older gear. She believes the latest products will make a real difference in parts of Europe where there are still site and spectrum constraints. "This really will make the European market grow," she says.

What explains the breakthrough Ericsson has made in the last year? Tombaz talks of a "cadence" of improvements that have happened in the design of application-specific integrated circuits (ASICs). The system-on-a-chip technology developed by Ericsson Silicon, she says, has been the "main foundation" of the decrease in size and weight.

That seems to vindicate Ericsson's strategy of doubling down on the radio access networks business and boosting investments in research and development (R&D). In 2016, under previous management, Ericsson spent about 31.6 billion Swedish kronor (US$3.8 billion) on R&D across a diverse range of activities. As a more specialized vendor, it invested SEK39.7 billion ($4.8 billion) last year.

The funds have gone toward computing improvements as well as radio innovation. On the baseband side  the part of the network that processes signals  Ericsson is promising various options that will bring a 50% improvement in throughput, as well as more energy efficiency, compared with its older range of products.

The updates put pressure on rivals including Huawei. HiSilicon, the Chinese vendor's equivalent of Ericsson Silicon, has lost access to major foundries reliant on US equipment or expertise, including Taiwan's TSMC, because of US trade sanctions. TSMC's cutting-edge manufacturing processes have been critical for reducing the power consumption of Huawei's 5G kit, according to Ryan Koontz, an analyst at Rosenblatt Securities, as cited in research that S&P Global Market Intelligence published last July.

Nokia is also under pressure. Under previous management, it mistakenly chose costly programmable chips rather than ASICs for its 5G products. That decision ate into profit margins and hurt Nokia's competitiveness. The good news is that Nokia is now partway through an overhaul that has already boosted profitability. But the Finnish company this year needs to prove it is not merely playing 5G catch-up with its main competitors.

Matching the sophistication of these massive MIMO products will be especially hard for open RAN, a newfangled system designed to improve vendor interoperability. "In this purpose-built portfolio, we are really focusing on the performance, size and weight, and this is really happening through end-to-end co-design and integration, where the hardware and software are the key components," says Tombaz. For open RAN, achieving "parity" with customized products is something France's Orange expects by the mid-2020s. Today's update shows how challenging that will be.