Ericsson is on the ropes in China but thriving elsewhere

Ericsson is wobbling like a weak-kneed boxer in the world's largest market for 5G equipment. Sales to customers in China fell by 2.5 billion Swedish kronor ($390 million) in the recent second quarter, a 60% year-on-year drop and about 13% of all Chinese revenues last year. Investors contemplating a knock-out blow delivered by Xi Jinping sent Ericsson's share price down 9% at the time of publication.

The Swedish equipment vendor, which had targeted a bigger role in China as part of its growth strategy, appears to have taken a right hook in the geopolitics arena thanks to its own government's anti-Chinese shenanigans. "It is high risk that we will be allocated a lower market share due to Sweden's decision not to allow Chinese vendors in the Swedish 5G network," said CEO Börje Ekholm on a call with analysts earlier. "It is prudent to plan for a lower market share going forward."

The alarm bells are ringing much louder than they were just a few months ago, when Ekholm first warned investors of a possible Chinese retaliation to Swedish moves. Ericsson had managed to land about 11% or 12% of the big 5G contracts that China handed out last year. The likelihood now is that tenders for phase two, due to be announced imminently, will go to other vendors. 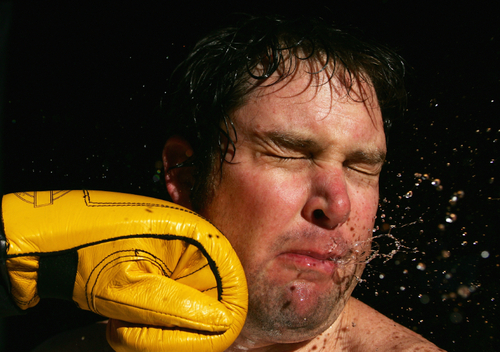 Take that, says China to Ericsson

The good news is twofold. First, China still accounts for a relatively small share of Ericsson's revenues  about 8% last year, according to its annual report. Second, the company is in fine shape just about everywhere else. As evidence of that, it this week landed a new $8.3 billion 5G contract with US telco giant Verizon, "the single largest deal in the history of Ericsson," in Ekholm's words.

Despite the Chinese setback, then, overall revenues were up 8% on a like-for-like basis in the second quarter, and they dropped only 1% in the company's report, to some SEK54 billion ($8.4 billion). Prudent cost management in the Ekholm era, and the smart decision to fund research into and development of more profitable products, meant Ericsson's operating margin rose to 10.6%, from 6.9% a year earlier. Net income soared 51%, to SEK3.9 billion ($600 million).

But the Swedish falling out with China will have consequences for Ericsson, and particularly for its long-suffering and still-unprofitable digital services unit. "We can see that a material loss in market share in China would lead to a delay in reaching targets in digital services," explained Ekholm. Ericsson has been forced to write off SEK300 million ($46.4 million) related to pre-commercial product development for China. The operating loss at digital services widened to SEK1.6 billion ($250 million), from SEK700 million ($108 million) a year earlier, and margin targets of between 4% and 7% "will take a bit longer" to realize, said Ekholm.

Analysts at Morgan Stanley now seem to be expecting a SEK5 billion ($770 million) drop in total China sales over the remainder of this year. Were broader conditions less favorable, or Ericsson less competitive, that could be a disaster. But Dell'Oro, a widely respected market research firm, has just upped its forecast for the global radio access network market to growth of 10% this year, compared with 3% previously. And Ericsson still boasts market share gains and strong performance in other regions.

But there seems to be little optimism at the senior leadership level that its China business will be able to claw back any of the revenues it has lost this quarter. "It is not coming back," said Ekholm. "We know the geopolitical tension with Sweden, and we see a reduction in volumes and the consequences are clear. Don't assume it is coming back."

Speculation will inevitably mount about the potential upside for Ericsson's rivals. Huawei and ZTE, China's homegrown vendors, already lay claim to the vast bulk of 5G work in China and operators might not be happy about a government edict forcing them to use only Chinese suppliers henceforth.

An alternative is that Nokia, Ericsson's Nordic rival, is introduced as a non-Chinese alternative. Last year, it was the Finnish equipment maker that missed out on 5G radio access network contracts due to the perception its products were not up to the requisite standard. After a portfolio refresh, it looks poised to make another run at a Chinese market it essentially exited in 2020. Besides providing competition to Huawei and ZTE, handing work to Nokia would allow the Chinese to punish Ericsson while proving they are not entirely closed to Western vendors.

A future Chinese market stripped entirely of Western equipment makers, though, would fit the broader story about the death of globalization and the fracturing of the telecom sector. Concern mounts that today's 5G standard will be the last global standard the cellular industry develops, and that 6G will comprise two or three regional technologies. For companies that have been able to count on global operations and economies of scale, that would have far-reaching implications.