As staff at the GSM Association welcomed in the New Year, it would have been hard to imagine 2020 swiftly deteriorating into one of the trade group's worst years ever.

Mobile World Congress Barcelona, its February flagship event, had waved a record 109,000 attendees through its doors in 2019, making it the world's biggest telecom trade show by far. Such is MWC's reputation that exhibitors are prepared to pay higher fees than at any other event to secure floor space and meeting rooms. After GSMA staff confirmed their 2020 re-bookings, the message went out that another 109,000 attendees were expected this year  not bad for an industry whose main service providers and vendors have seen little recent growth. 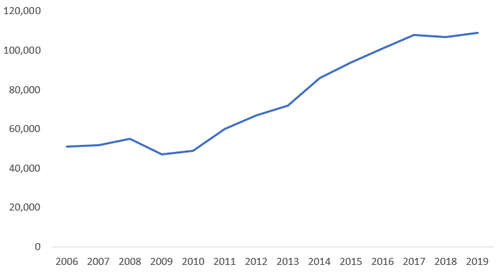 But just a few weeks into the year, the GSMA and its money-spinning show were facing a crisis. Coronavirus, an airborne respiratory disease that started in China, had been designated a global emergency by the World Health Organization. Suddenly, the prospect of international travel, of mingling with peers from disease-hit regions, seemed like a bad idea to many of MWC's regular attendees.

Before long, exhibitors had started to withdraw from the event or scale back their MWC plans. LG was the first to cancel, citing the health risks posed by international travel. It was soon joined by Ericsson, one of the event's largest exhibitors and one of the top three vendors of mobile infrastructure. The columns that prop up the MWC edifice quickly started to crumble. By this morning, Amazon, Amdocs, CommScope, Intel, InterDigital, NTT DoCoMo, Nvidia and Sony were among the better-known companies to have pulled out citing health concerns.

Table 1: Companies canceling or scaling back at MWC 2020

More will follow. Finland's Nokia, another one of the big three mobile network vendors, says it is monitoring the situation and has yet to make a final decision. Several operators are believed to have canceled or scaled back their plans without issuing formal statements. Service providers in Europe are understood to be in some kind of Mexican stand-off, waiting to see an important rival back out before making their own moves.

This all puts the GSMA in a desperate situation. Despite its launch of satellite events in other parts of the world, MWC Barcelona remains its biggest revenue generator and essential for marketing purposes. While most of the money spent on floor space will already have changed hands this year, organizers could stand to lose millions from business carried out in Barcelona if they cancel the event. Should that happen, exhibitors determined to see it go ahead would demand a refund, and possibly other compensation for lost business.

Proceed as planned and the reputational damage could be huge, though. MWC2020 already looks set to be several thousand attendees lighter than usual, featuring vacant stands and abandoned booths. Further withdrawals and cancellations may give it a post-apocalyptic look, reminding attendees of the deadly disease outside (and perhaps inside) the show grounds. The installation of additional hygiene facilities, signage imploring attendees not to shake hands and the face masks worn by some visitors will add to the gloom.

Many exhibitors that have quit the show must want to see it canceled. Ericsson is undoubtedly worried that Nokia and Huawei, its other main rival, will land deals at its expense if they attend while its own executives remain at home. Others are unhappy the GSMA has ignored their pleas to make this year's MWC an online event instead of a traditional one. Panorama, a software company whose customers include AT&T and Telefónica, has written to Mats Granryd, the GSMA's director general, suggesting that MWC be rescheduled "possibly during the summer, when the world health authorities will hopefully find a solution." It has not received a reply, says Eynav Azarya, Panorama's CEO. "Unfortunately they didn't respond and they continue to ignore the fact that MWC can become an infection hub," he said in an email to Light Reading.

For smaller companies such as Panorama, a major concern is that Barcelona turns into a quarantine zone, ensnaring critical employees. Even CommScope, an infrastructure provider with about 20,000 members of staff worldwide, is worried about the "business impact that would result if a quarantine were ordered." Rather like Panorama, it believes virtual trade show and meeting options are currently the best solution.

Notwithstanding the difficult circumstances, the GSMA is guilty of initially downplaying the coronavirus impact and has shown no real leadership throughout the crisis so far. Its first press releases were dismissive when remarking on possible disruption, and its determination to press ahead despite the health risks will make it look greedy and callous to its critics. 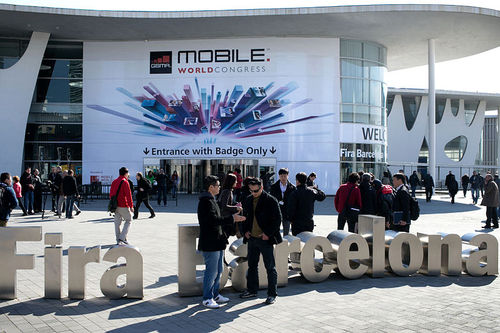 MWC could see thinner crowds this year amid concern about the spread of coronavirus.

Nor will the GSMA's mitigation efforts do much for attendee confidence. It has now barred attendance by anyone who has spent time in China  which usually delivers between 5,000 and 6,000 visitors  during the two weeks before MWC begins. But the rule was not communicated publicly until February 9, about two weeks before many overseas attendees would normally travel. Extra hand-washing facilities and instructions to implement a "no-handshake" policy are not exactly rigorous checks on a disease that can be transmitted from one person to another much like the common cold, according to some medical experts. These measures were clearly insufficient to address the concerns of Ericsson and other companies that have now withdrawn.

For the GSMA, the worst-case scenario besides further cancellations would be an outbreak of coronavirus at the show, and the subsequent spread of the disease into Spain and other parts of Europe. While Spanish authorities would bear most of the backlash, the letter Panorama sent to the GSMA would be used to show that organizers did not take the virus threat seriously enough. "We believe that the amazing networking event, the core of the conference, will likely become a dreadfully effective mechanism for spreading the deadly coronavirus worldwide," wrote Azarya on February 9. The GSMA's recovery could take a very long time.

charles123 2/18/2020 | 7:17:54 AM
Virtual Conference Using a virtual conference platform https://www.virtualtradeshowhosting.com/ is a great augment to their physical physical trade shows. A lot of organizations are also responding to climate change by committing to zero-carbon footprint.
Reply | Post Message | MESSAGES LIST | START A BOARD
EDUCATIONAL RESOURCES