Common Networks guns for a gig

Common Networks, a wireless ISP specializing in unlicensed spectrum, plans to deploy 1-Gig broadband services later this year as it begins to roll out new rooftop hardware that uses the new 802.11ay standard. 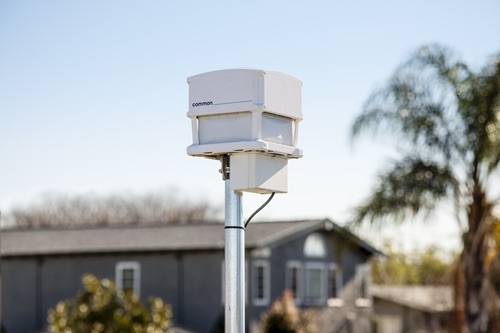 Common Networks says its new Peregrine-branded rooftop hardware, equipped with 802.11ay technology, is purpose-built for outdoor wireless broadband on 60GHz links, and represents a step up from its legacy 802.11ad-based platform.

Common Networks said the new hardware, which delivers broadband service on unlicensed spectrum in the 60GHz band, packs a peak data rate of 4.6 Gbit/s, putting the company on a path to offer 1-Gig services to individual customers later this year in select parts of the California Bay Area.

Common Networks has yet to announce pricing on its coming 1-Gig offering, but the new tier will represent a big step up from its current, high-end data tier – a symmetrical 300 Mbit/s delivered over 60GHz links for $49 per month. Common Networks also offers an 80Mbit/s offering (currently its most popular tier) for $39 per month, and a 20Mbit/s plan priced at $34 per month, using 5GHz spectrum. All tiers are offered without data caps and long-term contracts, the company says.

Common Networks' prior generation 802.11ad-based technology for 60GHz was not purpose-built for outdoor wireless broadband service, but was still good enough to support a 300 Mbit/s service, company co-founder and CEO Grace Chen said. The new 802.11ay hardware, she added, is more tightly tuned for outdoor wireless broadband service and employs TDMA time-synching, a technique that enables the re-use of channels across dense areas over 60GHz links.

Common Networks expects the new Peregrine hardware to deliver full throughput at up to 200 meters, and estimates that about 80% of its links are currently delivering service over a span of less than 250 to 300 meters.

Chen said the plan is to put new customers on the new Peregrine hardware along with some swap-outs of existing customers. The initial rollout of the new technology is set to begin this spring and ramp up in the summer. 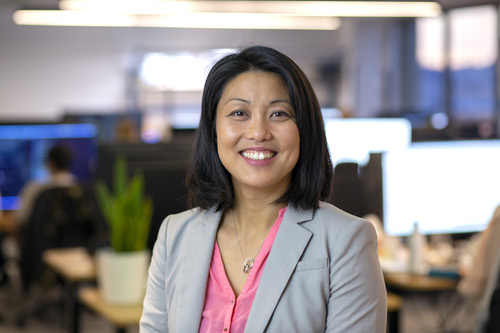 Common Networks' co-founder and CEO says the company is considering a new round of funding in support of an expansion plan to launch services in 25 more markets by 2025.

Early on, Common Networks has focused on delivering services to individual homes as well as some multiple dwelling units in the California Bay Area, including parts of Alameda, Santa Clara, San Jose and Sunnyvale that cover more than 100,000 people. Common Networks, which competes with incumbent cable operator Comcast in most of those areas, expects to reach into parts of the east part of the Bay Area and into east Oakland later into 2020.

Expansion plans
Chen said Common Networks plans to expand into 25 new US markets by 2025, but is not identifying those markets yet. Common Networks has raised about $38 million so far, and is considering the pursuit of a new round to help fund its expansion strategy. But those lofty ambitions could prove to be a tall order – Starry, another startup that delivers fixed wireless broadband in millimeter wave bands, failed to meet a goal to expand service to 22 markets by 2019.

Common Networks will continue to focus on unlicensed 5GHz and 60GHz spectrum, alongside some lightly licensed spectrum in the 24GHz, 70GHz and 80GHz bands. However, Common Networks is keeping close tabs on potential opportunities that emerge from the 3.5GHz Citizens Broadband Radio Service (CBRS) band, which will support both licensed and unlicensed use cases.

"As far as licensed spectrum, there's no real plan to build on and buy spectrum. It's a pretty capital-intensive game," Chen said, but added that Common Networks could look to partner with third parties that do bid for CBRS spectrum.