Cisco has joined the growing exodus of big vendors from this year's Mobile World Congress event in Barcelona, citing concern about the coronavirus pandemic in a statement provided directly to Light Reading.

It is the latest in a string of Tier 1 equipment vendors that have decided to abandon the physical stalls they previously booked and participate in the trade show online.

Postponed to June from its usual slot in late February, MWC21 was aiming for between 40,000 and 50,000 visitors, down from the usual figure of more than 100,000, before the spate of withdrawals. 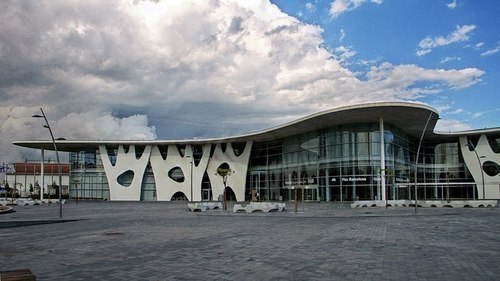 Ericsson and Nokia, Europe's largest suppliers of mobile network equipment and two of the show's biggest exhibitors in normal years, confirmed their non-attendance last week, while Sony and InterDigital have also said they will not be travelling.

Other exhibitors that have reportedly withdrawn from the physical event include Internet giant Facebook and software company Oracle.

"We have made the decision to withdraw from participating in person at Mobile World Congress in Barcelona due to ongoing concerns about the COVID-19 pandemic," said a Cisco spokesperson by email. "While we are extremely disappointed that we cannot participate in person with this event as planned, we believe this is the right decision given the current circumstances."

The UK's BT appears to be the only Tier 1 service provider to have said it will not send delegates to Barcelona, although several other big operators have declined to make a firm commitment at this stage.

Last year's MWC was eventually cancelled when big service providers began to pull out, but the GSM Association, the show's organizer, looks more determined to press on this year after investing in health-and-safety facilities to minimize any risks.

Cancellation for a second year in a row would deal a blow to an organization that is heavily reliant on MWC Barcelona for its revenues. Last year's upset forced the GSMA to cut headcount by at least a fifth.

But the event will struggle to attract the 40,000 attendees the GSMA was previously expecting. Even if some big companies had not withdrawn, travel to Spain from countries including the US and the UK may be very difficult because of government restrictions, the GSMA has acknowledged.

In the meantime, it has made some noise about a deal under which Ericsson's Hall 2 facility has been taken over by Danielle Royston, a consultant who under her TelcoDR brand plans to convert the enormous booth into a showcase for the public cloud.

Royston, who says she paid "millions of dollars" for the real estate Ericsson previously bought, is inviting public cloud software companies to show off their products at her booth and says she has already covered the whole fee to the GSMA, thanks to private equity support.

New digs and tons of work to do!

If you are a Telco software company and want to join me in my stand, apply here > https://t.co/ojjaD5ffTA#telecom #cloud#mwc21 pic.twitter.com/4L9Mk4AWXs

Speaking to reporters earlier this week, Royston said she hoped to raise at least $1 billion from her backers to fund a takeover of telco software companies and reposition them for the public cloud. Details were not disclosed.

She was previously the CEO of a software company called Optiva but left after clashing with its board over her salary and its transition to the public cloud, which Royston had tried to speed up. "I am a public cloud evangelist, and on a mission to accelerate adoption of the public cloud," she told reporters.

One smaller exhibitor, speaking to Light Reading on condition of anonymity, expressed concern about attending this year's event in person given the risks posed by the coronavirus pandemic.

It claimed to have been told by the GSMA that refunds will not be offered to companies that decide not to participate in the physical event.

Light Reading approached the GSMA outside normal working hours for a comment but had not heard back at the time of publication.

"The terms and conditions for our participation in trade shows and events is not subject to public disclosure," said an Ericsson spokesperson when asked if the company would receive a refund after its own withdrawal.