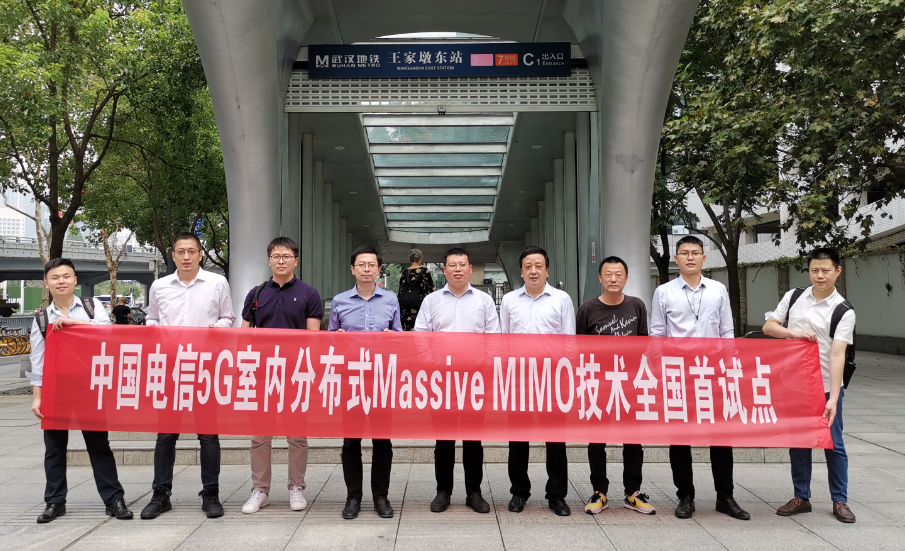 This pilot was conducted in the Wangjiadun East metro station, a transfer station of Wuhan Metro Lines 2 and 7 for passengers traveling to Wuhan Tianhe International Airport and Hankou Railway Station. Due to the heavy volume of passengers in this station, users passing through the long transfer route often experience low data speeds, particularly in areas where indoor cells overlap each other.

To increase the data rates, 5G indoor distributed Massive MIMO is introduced. With this technology, Massive MIMO is now implemented on the LampSite, enabling the entire transfer route to be covered by the same cell. As a result, interference signals are now converted into the desired signals, while avoiding frequent handovers for passengers in transit. In addition, elastic capacity expansion is enabled on the indoor networks, better meeting the service requirements for peak hours.

Drive tests also showed that, after indoor distributed massive MIMO is introduced, the single-user rate increases 40% for in-transit users. In addition, no notable rate drop was seen during the entire transit process. This shows that implementing the indoor distributed massive MIMO eliminates the issue of low data speeds and the overall user-perceived rate is also improved.

A senior expert from China Telecom Hubei said, "5G has a far higher rate requirement than 4G. We used to expand capacity based on cell splitting. This approach caused inter-cell interference in our networks due to intra-frequency NR deployment, which in turn caused user experience to deteriorate in the overlapping area. Distributed massive MIMO greatly improves user experience in the cell overlapping area, which is particularly helpful for heavy-traffic transport hubs with a high user density. With this technology, China Telecom Hubei can provide a high-quality 5G experience for users indoors, laying a solid technological foundation for 5G to transform industries."