Charter Communications tacked on another 300,000 Spectrum Mobile lines in the first quarter, extending its grand total to 2.67 million. And it wants much, much more. 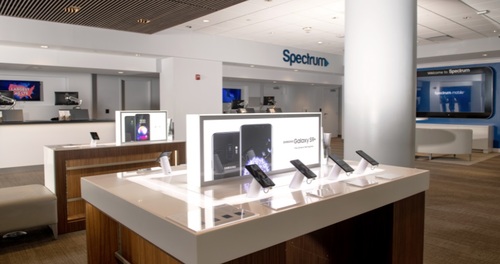 Charter, which launched mobile in all its markets in the fall of 2018, said Spectrum Mobile now serves about 2.67 million lines.
(Image source: Charter Communications)

Material driver in the making

"Wireless is emerging as a much more material contributor to growth, and, as Comcast's achievement of breakeven announced yesterday demonstrates  recall that Comcast is about a year ahead of Charter, having launched the service a year earlier  as a potential driver of profitability, and valuation, as well," Craig Moffett, analyst with MoffettNathanson, said in a research note. "There may actually be a time when wireless, not video, is the second-largest revenue stream (after broadband)."

Though Comcast said its mobile business turned a financial corner in Q1 2021, Charter stressed that it's priority is to accelerate the growth a mobile product that it continues to bundle with its high-margin residential broadband services.

"We're already into that [profitability] territory," Chris Winfrey, Charter's CFO, said on Friday's earnings call. "Our goal isn't to drive short term EBIDTA profitability; our goal is to drive as much growth as we can, because we know what the underlying profitability is and what it does for the overall business We are focused on driving as much subscriber acquisition as we can."

Charter, which launched Spectrum Mobile across all markets in the fall of 2018, believes its share of household connectivity spend, including mobile and fixed broadband, is relatively low. Tom Rutledge, Charter's chairman and CEO, suggested the operator is getting only $65 of a combined monthly spend of roughly $200 among customers getting two or more lines of mobile plus wireline broadband.

"We remain very underpenetrated relative to our long-term opportunity," he said.

But don't expect Charter to suddenly use mobile device subsides to stoke growth. "So far we haven't done much of that, and we like how we are marketing it currently," Rutledge said. "We're doing well without it."

Charter did not win any spectrum in the recent C-band auction, though it believes it will have a role to play there thanks to its MVNO relationship with Verizon, which did come away with a batch of C-band spectrum. But, C-band aside, Rutledge still believes Charter is generally well-positioned financially from a spectrum perspective.

"We have owner's economics in many ways," he said, referencing the operator's Wi-Fi network and its budding use of CBRS spectrum in targeted, high-use areas. Rutledge has previously suggested that Charter's CBRS network could offload about a third of the MVNO traffic that would typically ride Verizon's mobile network .

Charter's CBRS spectrum "provides a clear path for traffic offload," Moffett wrote. "To the extent that they can offload a meaningful amount of traffic from their MVNO agreement, they will be able to reduce their variable costs more dramatically."