Telecom technologists interested in how their predecessors built networks could do worse than dig into BT, parts of which resemble a rich archaeological site of twentieth-century infrastructure.

It amounts to a huge expense for the UK telecom incumbent, which reckons it can slash more than half a billion pounds off its operating costs just by modernizing its networks and retiring old platforms.

Executives are now working through a checklist of technologies destined for scrappage, including a 3G mobile network first launched almost 20 years ago and a public switched telephone network (PSTN) that is decades old.

Technological bloat is the result of adding systems and platforms – including its shiny new 5G and full-fiber networks – while the older ones are left in place.

BT consequently shuffles about like a man whose Savile Row suit conceals multiple layers of clothing, each more threadbare and difficult to hold together than the one that covered it. The operator is now, effectively, trying to perform the tricky act of ripping off its underwear and shirt without removing anything else. 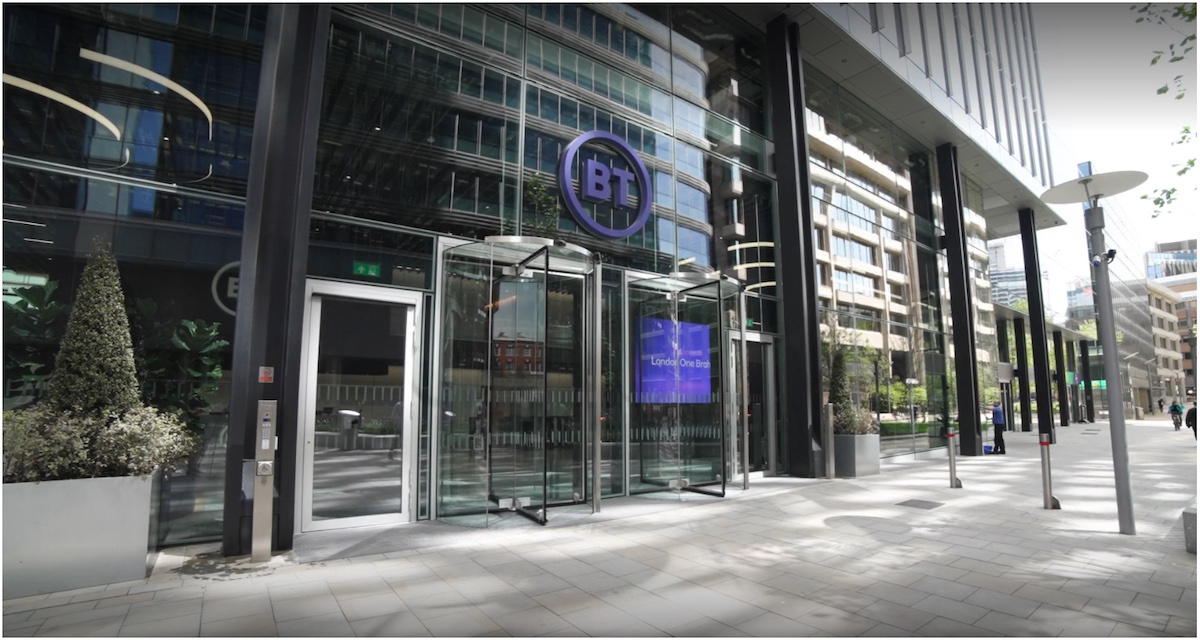 Success is more important than ever. BT's last set of quarterly earnings revealed a mixture of flattish sales and higher capital expenditure, producing a free cash flow loss of about £205 million ($236.35 million).

Energy prices are rocketing, and thousands of staff have gone on strike, angry BT has not met their demands for inflation-matched pay increases. Retiring old technologies, and perhaps also the people who maintain them, could be the only way to safeguard profits.

"There remains a real challenge to earn a return on capital and we are a very infrastructure-intensive business and technology lifecycles are actually quite short," said Howard Watson, BT's chief technology officer, during a press conference at BT's swanky new London offices this week.

"Telcos have shifted to a subscription, all-you-can eat model, and in a world where usage is increasing dramatically but revenue isn't there is a challenge."

The savings opportunity is considerable because some of those old technologies are shockingly inefficient energy guzzlers. 3G, for instance, today supports only 2.1% of BT's mobile downlink traffic but consumes between 30% and 35% of mobile network power.

The PSTN is even worse – 80% of the energy savings BT hopes to realize through modernization would come from euthanizing that ageing drain on resources.

It's a nasty job that BT now believes it finally will be able to complete by the end of 2025.

"An army of men and women replace cards and keep it alive," grumbled Watson, pointing out that the PSTN has at least shrunk in its dotage.

By 2025, BT aims to have migrated about 100 of its exchanges off the PSTN. It also plans to move all customers off 3G by the end of 2023 so that it can begin shutting that technology down the subsequent year.

Customers using an alarm system called Redcare will be migrated to a newer, Internet Protocol-based version of that technology.

The ultimate prize, as communicated earlier this year, is the complete closure of a whopping 4,500 exchanges, a move that will leave BT with only 1,000 remaining.

"And that saves us a huge amount on energy and battery backup and generators and equipment that we don't need in a modern network."

None of this, however, will happen very quickly. While BT believes it can ditch various technologies by the mid-2020s, it does not expect to close the "vast majority" of the 4,500 exchanges on the kill list until the 2030s, said Watson.

"If you think about a broadband customer in a hamlet somewhere fed off an exchange, we need to get solutions out to those to be able to not require that copper and not require the exchange for that copper."

This will make it hard to shrink the workforce needed for maintenance of those exchanges for many years. Previous cuts have left BT with a workforce numbering 98,370 employees (at the end of March), down from 106,742 in early 2019.

Automation for the people

There is cause for optimism, partly because BT's newer platforms should be much easier to operate without people.

"Legacy is mainly proprietary in nature, and it is hard to automate and add value through automation," said McRae.

"The future is about automation and network capability where you need it. With legacy that is not possible, and we want to shut that down."

Another positive takeaway is that BT's power consumption has remained at the same level over the last decade despite what McRae calls "insane growth" in data traffic.

With the rollout of more efficient technologies and scrappage of old platforms, Howard forecasts a reduction of 550 gigawatt hours by 2025 from the current level of 2,400 gigawatt hours.

Old vendors, as well as old platforms, are also being junked. The mobile network BT acquired when it bought EE in 2016 was heavily reliant on Huawei, a Chinese vendor whose activities are being restricted in the UK and other countries.

Across the EE footprint, Huawei supplied the radio access network (RAN) technology for about 12,500 of some 19,000 sites.

But Howard says 3,000 nodes have now been swapped to either Ericsson or Nokia and that Huawei will account for less than 35% of the RAN by July next year, the government deadline for reducing Huawei's presence to that percentage of any 5G network.

Huawei's technology is also being removed from EE's mobile core as BT switches to an Ericsson platform capable of supporting 4G as well as both the non-standalone and standalone variants of 5G.

"We have migrated 1 million customers onto that new Ericsson core," said Watson.

"It is built on network cloud infrastructure rolled out across 12 locations on the route to ultimately 16 locations for user traffic."

The benefits should include the ability to roll out new services in a matter of weeks or even days, as opposed to the months it has previously taken. That, says Howard, is thanks largely to the cloud-native setup of the underlying systems – as ultra-modern and fit for the digital age as its PSTN is old-fashioned and undependable.

"We must recognize that technology is from the 1980s," said McRae.