Brits unleash crack squad to save telecom from Huawei, Ericsson and Nokia

The Brits are parachuting a crack squad of telecom mercenaries into the field, where their mission will be to lay down covering fire against Huawei, Ericsson and Nokia.

The objective is to identify and save any viable competitors to the big three, increasingly seen as the telecom equivalent of a Mexican drugs cartel.

The Telecoms Diversification Task Force sounds like it could have been set up to promote equal opportunities for ethnic and other minority groups in the UK telecom sector.

But in this case "diversification" means finding new suppliers of telecom equipment for the UK's networks  provided they are not Chinese, that is (or Russian, probably).

It will be led by the grandly named Lord Ian Livingston of Parkhead, who sounds like he was plucked from Britain's colonial past but is actually one of the men who gave Huawei its first big break in the UK.

Pre-Lordliness, Livingston was a top executive at BT in 2005, when the Chinese vendor secured its first major optical deal with the UK incumbent. He succeeded Ben Verwaayen as CEO in 2008 and ran the business for the next five years, with Huawei in the ascendancy. 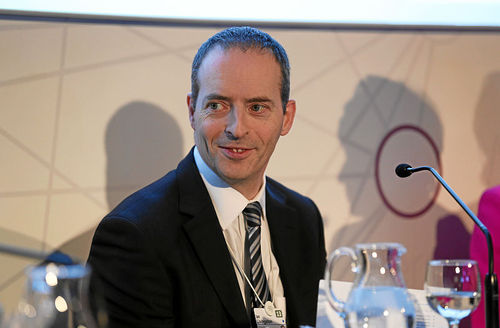 Now he's switched sides, like a punier version of Dolph Lundgren in The Expendables, and assembled an elite force to confront not only Huawei  which will soon be expelled from most of the UK market  but also its Nordic rivals.

It is all about delivering the "revolutionary" benefits of 5G, said government minister Oliver Dowden, whose telecom expertise dates back to February, when he landed the job of Secretary of State for Digital, Culture, Media and Sport.

"A more diverse supply chain is essential to reducing our dependence on individual suppliers and improving telecoms security  as well as a great economic opportunity for the UK," he babbled.

Fortunately, Livingston will be ably assisted by a group of men and women who do know something about telecom.

Dr Scott Steedman, the director of standards for the British Standards Institute, brings up the rear.

For advice, Livingston will also be able to call on Dr Ian Levy, the technical director of the UK's National Cyber Security Centre, and Simon Saunders, the director of emerging technology at Ofcom, the UK regulatory authority.

Oops, we've gone all Nordic
But the task force will find itself on the back foot immediately.

The recent decision to ban Huawei  and not just restrict its activities, as the government attempted in January  has instantly made the UK less diverse.

For the foreseeable future, Howard Watson, BT's chief technology officer, has essentially ruled out using South Korea's Samsung or any vendors touting open RAN, an unproven technology that Dowden and his government friends have decided is the answer to the diversification conundrum.

Watson recently confirmed BT is carrying out trials with Ericsson, which seems likely to replace Huawei across much of the two thirds of BT's radio access network (RAN) currently supplied by the Chinese vendor.

Three UK had previously decided to phase out Samsung as a 4G supplier and switch entirely to Huawei for its 4G and 5G networks. Since the government took its decision, it has chosen Ericsson as a second RAN vendor.

Vodafone is perhaps the only one of the four mobile network operators that might offer a job to someone other than Ericsson or Nokia.

Today, it is mainly reliant on Ericsson but needs to find a replacement for Huawei across about one third of its RAN. Nokia is an unlikely candidate, simply because Vodafone has been phasing the Finnish supplier out of its UK network (it previously accounted for about 12% of the footprint).

With nationalism and protectionism on the march, the government naturally hopes the task force can rescue and train a few incumbent firms.

Britain used to have a few of those. GEC, Plessey and STC were all British pioneers of 20th century telecom technology before they were swallowed up in consolidation and sold off to foreign rivals.

"We have allowed ourselves in the UK along with many other countries, including the US, to have lost the manufacturing part of the supply chain and I do look back with regret on that and think anything we can do to stimulate that for the next generation of telecom technology would be very welcome," said a misty-eyed Watson when he was recently interrogated by UK officials.

In the meantime, the UK's only remaining technology champion  and its only contributor to the O-RAN Alliance, the group developing open RAN specifications  has just been sold to the US.

American chipmaker Nvidia last week paid $40 billion for Arm, the Cambridge-based firm that designs the central processing units for most of the world's smartphones.

While Arm had previously been sold to SoftBank, its Japanese owner promised the government that it would protect UK jobs and maintain the UK headquarters.

Nvidia has given no such binding commitment and critics including Hermann Hauser, one of Arm's co-founders, doubt the chip designer's open licensing model will survive absorption into Nvidia.