Two satellite companies, in the US and UK, have cooperated to integrate a live satellite network into a commercially available 5G core network.

The two companies say satellite technology will prove important in extending 5G service to developing countries, rural areas, and on board ships, aircraft, and trains. 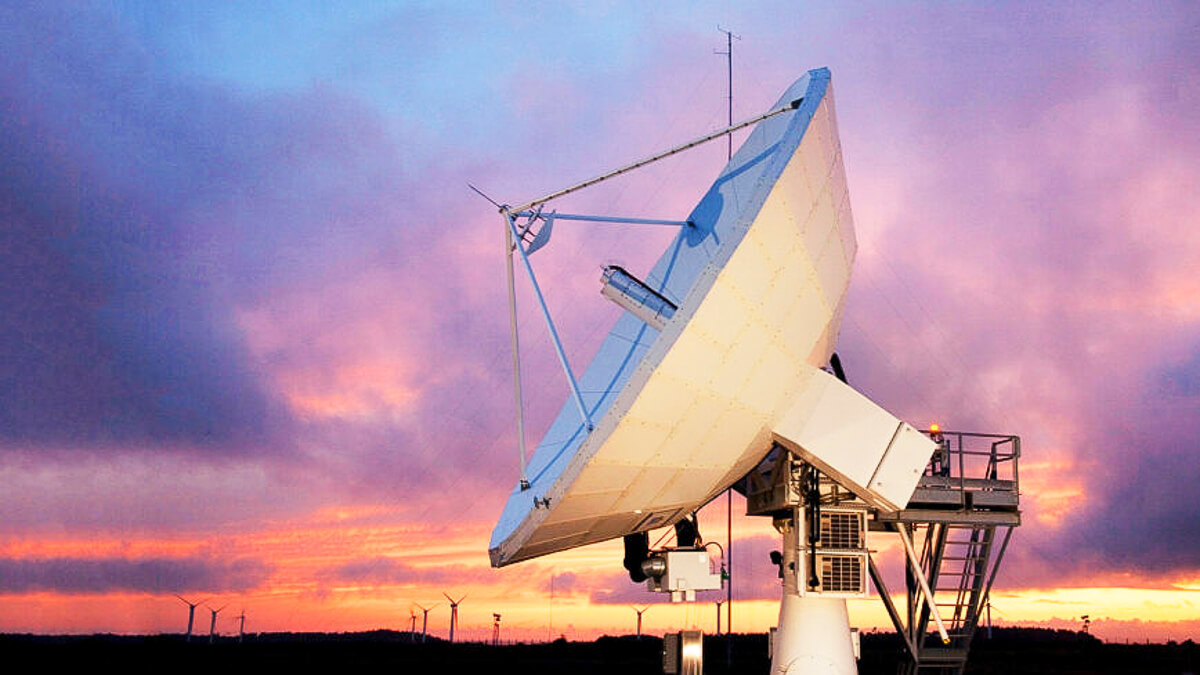 In the air: Getting your 5G from a satellite could help connect hard to reach places and moving targets.
(Source: Avanti Communications)

Avanti's regional manager in West Africa, Jane Egerton-Idehen, has spoken and written about how important integrating satellite and land 5G will be for connecting regions like hers.

She herself grew up in the Ajegunle neighborhood of Lagos, which she describes as an ironically named slum. (Ajegunle, in Yoruba, means "a place where riches dwells.")

"It takes an ecosystem" to drive 5G in places like Nigeria, with attractively priced connectivity appearing at the same time new applications that use it, she says.

It is a technology the EU has backed, in a public-private SaT5G Project which promotes cross-industry standards for how satellites will communicate with land-based 5G networks.

Avanti and iDirect demonstrated their approach to the technology in 2019.

Partnering with the University of Surrey's 5G Innovation Center and video streaming provider Broadpeak, they showed how 4K video can find the best route at any given moment from a device to the parallel satellite-terrestrial 5G network, by using approaches like bit rate adaptation and layered video streams.

France's Airbus, Israel's Gilat satellite networks, and Zodiac aerospace (now part of Safran) showed at the same time how satellite 5G help could provide in-flight entertainment and connectivity to passengers flying at 10,000 meters in an Airbus 320.

Those companies are all part of the SaT5G consortium, which has 16 partners, including BT. Avanti won an 8.3 million (US$9.8 million) contract in 2017 to take the lead in the consortium's aim at integrating satellite technology seamlessly into future 5G networks.

5G is getting dishy

The test was the first attempt at integrating an unmodified, standard land-based 5G with a live satellite network, and successfully performed several tasks simulating real-life use cases.

Both companies are describing it as a major milestone for the technology.

It validates "benefits for specific use cases that are unlocked by 5G," says ST Engineering iDirect's Semir Hassanaly.

Avanti's GEO HYLAS-4 satellite, which was launched in 2018, linked to a ground Earth station at Goonhilly in Cornwall, where it then connected with a 5G-enabled ST Engineering iDirect hub.

Satellite 5G is moving from a slow, unreliable last resort for poorly served developing countries and rural areas, into a more nimble technology that's better suited for the consumer market.

Older satellites used a single broad beam to cover areas of thousands of kilometers. The newer generation of high-throughput satellites (HTS) use a spot-beam technology, reusing high-frequency bandwidth as needed across multiple narrow spot beams, focused on areas of hundreds of kilometers instead.

And satellite technology is also helped along by advances in launch vehicles, and satellite components growing smaller and more power efficient.

At the same time, more open network architectures make it easier for satellite, wireless and fixed providers to work together.

So users may soon be seeing the benefits, from Ajegunle to the friendly skies.