AT&T will continue to take a targeted approach with fixed wireless access (FWA) for home and business broadband, viewing it as a clear complement to its fiber-fueled wireline networks.

But, more broadly, AT&T will push ahead with a "unified connectivity" strategy that relies on both wireline and wireless networks, John Stankey, AT&T's CEO, said Wednesday at the Citi AppsEconomy Conference. 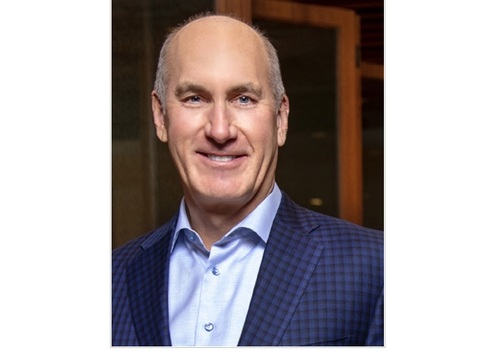 Despite recent supply chain constraints that curtailed AT&T's FTTP buildout plans for 2021, CEO John Stankey is 'very confident' AT&T will hit a plan to reach 30 million locations with fiber by the end of 2025.
(Image source: AT&T)

Unlike rivals such as Verizon and, in particular, T-Mobile, Stankey is not completely sold that FWA will hold up in situations where customers require high levels of bandwidth, particularly as on-demand, unicast video streaming becomes the norm.

"Wireless networks, in some instances, will have difficulty scaling in certain segments of the market," he said. "As a result of that  there will be more effective ways to serve those customers."

Those other ways will, of course, include fiber-to-the-premises (FTTP) networks, as Stankey gave a shout out to AT&T's exploration of multi-gigabit connections over fiber.

But he does see FWA playing a role to serve apartments in metro areas, strip malls and other businesses with lower data needs, as well as more rural, less densely populated areas where FTTP buildouts might not make sense.

"We'll be in a position to have the right product to address those places," Stankey said. "But I don't want to just simply say that this is the single solution that's going to deal with what I would call the other 70% of the business community [or] the 70% of the consumer population that are going to be pretty intensive users in some locations and need to have fixed infrastructure to handle that over the long haul, given all the innovation that's going to come."

Stankey's appearance at the Citi event conceded with the release of select Q4 2021 subscriber results for AT&T's wireless and fiber businesses, as well as WarnerMedia's HBO Max.

AT&T added about 270,000 FTTP subs in Q4, pushing its full-year 2021 total to about 1 million. AT&T was able to add about 2.6 million FTTP locations in 2021, a smidge above revised guidance that it would end the year with 2.5 million. The company previously reduced that guidance from an original plan to hit 3 million FTTP locations for the year due to supply chain constraints.

Stankey said AT&T is in position to bring FTTP to another 400,000 locations and hit that original 3 million-location target "very quickly in the front end of this year. He said AT&T is also "very confident" it will meet its goal to reach 30 million locations with FTTP by the end of 2025.

In a research note issued Wednesday, New Street Research called AT&T's Q4 2021 FTTP sub result "disappointing," noting that the company added 289,000 subs in the prior quarter. "They passed an additional 1.7MM homes during the fourth quarter, which should have translated into higher net adds," the analysts said.

Stankey, though, said AT&T was "pleased" with the Q4 fiber subscriber result, believing that the new inventory put it on a path to add 300,000-plus subs per quarter.

AT&T also announced it added 1.3 million postpaid wireless net adds in Q4, giving it 3.2 million for the year  the highest annual total in the category in more than a decade. New Street Research said the Q4 result beat analyst consensus expectations of 968,000 and its own estimate of 1.26 million.

Stankey shrugged off concerns about fueling the postpaid market with aggressive promotions and subsidies. "Our costs per sub acquisition is dropping, not increasing," he said. "We feel really comfortable about the overall equation we're working through right now."

He is also unconcerned about a new two-week delay being applied to AT&T's C-band deployment, arguing that any temporary hiccups won't impact the company's long term 5G network strategy.

Shifting to content and WarnerMedia, the company ended 2021 with 73.8 million HBO Max and HBO subs globally, beating prior guidance of 70 million to 73 million. Stankey said the outperformance was aided by strong international launches of HBO Max in regions such as Latin America and Europe.

Stankey also remained bullish that the proposed merger of WarnerMedia and Discovery Communications will go through, despite antitrust concerns raised by Congressional Democrats that cropped up last month. The deal has already received EU approval.

But he was a bit squishy on when the deal might close. While it could close earlier than the mid-year 2022 target, he also allowed that it was "entirely possible" that the timing could slip.