France's Arianespace returned to space after a year-long hiatus, with its Vega rocket ferrying 53 satellites into orbit for 21 customers.

The mission introduces a new satellite dispenser, making it cheaper for companies to hitch a lift into orbit for their satellites. 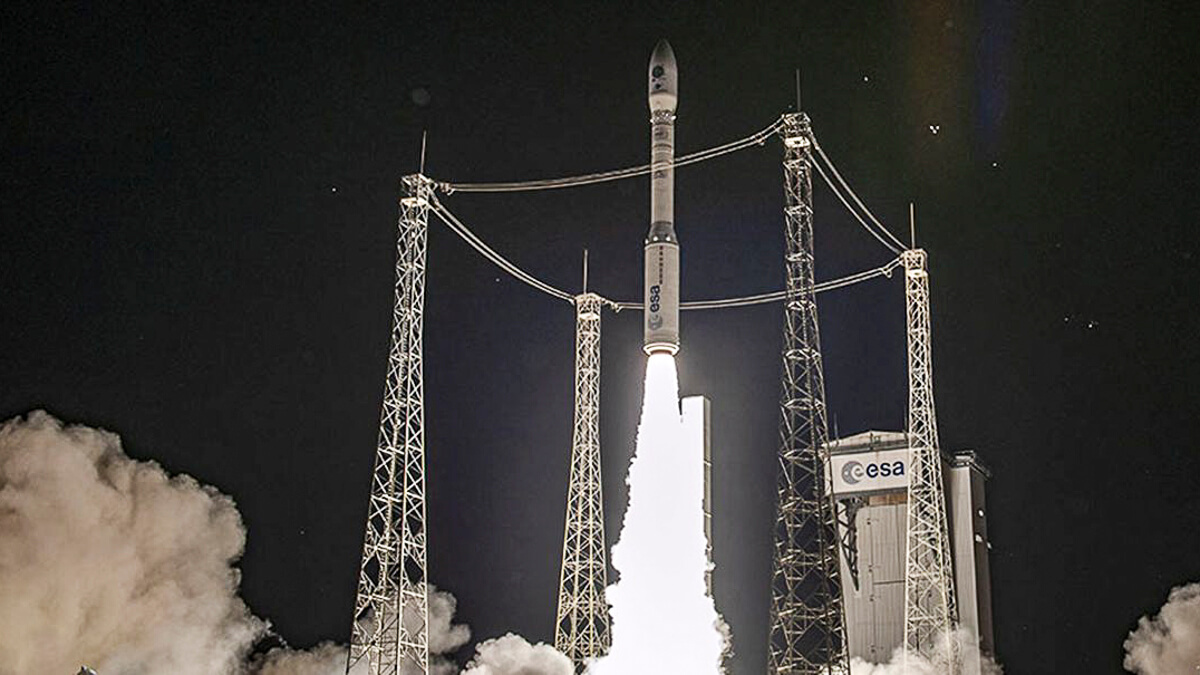 Back on the horse: The Vega launch is the first since 2019, when a rocket was lost in July.
(Source: Arianespace)

Arianespace's Small Spacecraft Mission Service (SSMS) satellite dispenser joins a bursting market of companies, including SpaceX with its Falcon 9 rocket, all jostling to be the Uber of spacelift.

The Vega delivered its payload during a flight sequence lasting one hour and 44 minutes between its liftoff and the final separation.

It sets a record for the most spacecraft launched on a single European rocket. In 2017, the Indian Space Research Organization's Indian Polar Satellite Launch Vehicle carried 104 small satellites into space, setting the all-time record.

It was the rocket's first return to space since July 2019, when a Vega rocket veered off course two minutes after launch, and was subsequently lost.

In September, an investigating commission found the fault was likely a motor failure in the rocket's second stage.

The launch had been delayed slightly, from an initial date on June 18, due to unfavorable wind conditions in Guiana and, most recently, a typhoon near a tracking station in South Korea.

Telecoms hitching a ride
Press reports said one satellite, a 138kg experimental communication satellite built by Maxar Technologies, was the first demonstration satellite by a Facebook subsidiary, and eventually could be used to provide global broadband Internet services.

The Facebook subsidiary, PointView Tech, is working to place a constellation of small satellites in low-earth orbit.

The constellation will deliver gigabit-speed Internet in digitally deprived areas such as sub-Saharan Africa.

Arianespace celebrates its 40th anniversary in 2020. When the company was founded in 1980 it was the world's first commercial launch provider.

It is now joining an increasingly busy rideshare market to space.

In the past, customers with small satellites have had to wait to piggyback on to larger satellites' rocket launches, making use of spare space.

The rideshare model is geared around a large number of small satellites instead.

It was Rocket Lab's own return to space after a failed July 5 launch which saw the loss of seven satellites belonging to three companies.

The Czech Republic's SAB Aerospace and Italy's Bercella together design and manufacture the modular satellite dispenser.

Small satellites are a burgeoning field, with many intended for telecommunications.

In 2019, 45% of global launches included these so-called "smallsats," with 389 of them launched into orbit.

With this proof of concept now an apparent sky-high success, Adrianespace will now focus on its Vega E, a rocket platform designed around small satellites, with three instead of four stages. Its maiden launch is scheduled for 2024.