American Tower's latest deal shows towermania has yet to end

Pension funds love towercos. With their soaring valuations and dependable stream of revenues, the companies that provide the masts for mobile network equipment are unusually hot property in a telecom industry that struggles to generate much warmth. Cellnex, Europe's largest independent towerco, has seen its share price more than triple in the last five years. With a market cap of 32.3 billion ($38.8 billion), it is worth nearly 11 billion ($13.2 billion) more than Spain's Telefónica, which made 27 times more than Cellnex in revenues last year.

The latest action concerns the European arm of American Tower. Four months ago, the US towerco was fattening up its property portfolio with a 7.7 billion ($9.2 billion) splurge on Telefónica's controlling stake in Telxius, a towerco with precisely 30,722 towers in Spain, Germany and four Latin American markets. To help finance that deal, it is now selling a 30% stake in ATC Europe, a regional subsidiary that includes Telxius assets, for 1.6 billion ($1.9 billion). CDPQ, the Canadian pension fund buying the shares, said it was "thrilled" by the deal. 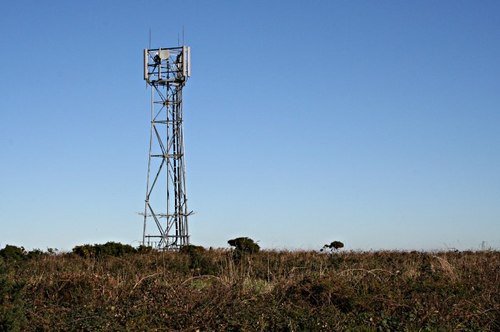 The ugly state of mobile.

Perhaps that was because the price seems low compared with what American Tower spent on its Telxius acquisition in January. With about 30,000 towers, including those from Telxius, ATC Europe is of similar size from a pure infrastructure perspective. That said, American Tower reckons the transaction implies an enterprise value of more than 8.8 billion ($10.6 billion), suggesting there are some balance sheet considerations.

Analysts at New Street Research believe the CDPQ deal values American Tower's European assets prior to the Telxius transaction at about 20 times earnings (before interest, tax, depreciation and amortization). It paid only 12 times earnings to enter Germany in 2012, and 17 times earnings for its French estate in 2017. The deal, said New Street Research in a note, "underscores the multiple expansion that we have seen in infrastructure over the last several years."

Still, American Tower's share price opened 1.7% lower on the Nasdaq today, possibly because it also announced plans for a registered public offering of shares to provide additional funding  an estimated $2 billion, according to Raymond James, a bank  for the Telxius deal. Much like Cellnex, though, its share price has rocketed in the last few years. An American Tower share sold for exactly $113.61 five years ago. Today it is worth about $245.

It is the best recent example in the telecom industry of what John Strand, the CEO of the Strand Consult advisory group, calls "financial acrobatics." As tower valuations have soared, service provider revenues have barely moved in the last five years. There is no rational connection between what consumers spend on smartphone services and what towercos are worth.

"The operators have earned a lot of money on turning the infrastructure assets into a separate asset, which has made it possible to pay out dividends," says Strand. Funds operators have raised this way have also gone toward debt reduction.

But the infrastructure phenomenon has thrown up another extreme imbalance besides the one between consumer spending and towerco valuation. Strand reckons European mobile operators have been able to realize another 165 billion ($198 billion) in market value over the last six years, with 55 billion ($66 billion) of that listed on European stock exchanges, by reclassifying their towers. In the meantime, their spending on the radio access network gear that adorns these towers is just 2.4 billion ($2.9 billion) annually, he estimates. "They have created enough value to cover their RAN costs for 68 years."

Markets with these lopsided elements are usually seen in the financial services industry, where grizzled commentators wisely shake their heads about the disconnect between the ordinary consumer and the ultimate profiteer. If the gap continues to widen in telecom, a few towers may be heading for a fall.