It is one of the world's top ten operators, with more than 200 million customers globally, and yet it is hard to think of a weirder-looking service provider than VEON.

Its headquarters are in liberal, low-tax Amsterdam, but its main market is Russia. Elsewhere, it operates networks in countries whose only common feature is their "emerging market" status -- places as diverse as Algeria, Pakistan and Ukraine. Controlled by Mikhail Fridman, one of Russia's controversial oligarchs, it reports financial results in dollars and has been led since last year by Ursula Burns, an American businesswoman who formerly ran Xerox. It is a bizarre assemblage of parts, a Frankenstein's monster of the telecom world.

Its performance has sometimes looked monstrous, too, with shares down 44% since early 2017. That has not always been its own fault. Speaking to analysts by phone this week, Burns drew attention to the dynamism of markets where populations are young and smartphone penetration is still low. But political risk and economic uncertainty remain high in many of these countries. Earnings take a regular beating from adverse currency movements, taxes, penalties and other one-off charges. Easy-going Amsterdam must seem like the perfect counterweight for a corporate base.

Not all VEON's problems have been outside its control, however. Under previous management, a high-profile attempt to create a single, app-based digital platform for the entire group ended in disappointment, sparking the resignation of Jean-Yves Charlier from the CEO post last year. The decision in 2016 to replace business support systems (BSS) across 11 markets with a single Ericsson product was another costly mistake, although VEON landed $350 million in compensation from the Swedish vendor when that project went belly-up.

The latest snafu is a partly self-inflicted loss of market share in Russia, where VEON still generates more than half its revenues. Underinvestment in mobile networks is largely to blame, says Alex Kazbegi, Veon's chief strategy officer, and exacerbated by growing enthusiasm for "unlimited" tariff plans. "Those are generally something we would rather not have," he tells Light Reading. "When network quality is not as strong as you would like, they can have a negative impact."

VEON has been taking corrective action after losing more than 4.5 million Russian customers between September 2017 and March this year, when its subscriber base had shrunk to 54.2 million. In the recent third quarter, it began installing additional 4G basestations in Russia -- 43% more, to be precise. The move has already paid off, with VEON adding 600,000 mobile subscribers in Russia since March. But it is not inexpensive: In Russia, VEON's capital intensity (capex as a percentage of revenues) hit 18.2% in the third quarter, up from 16.8% a year earlier, minus licensing fees. By the end of the year, it is expected to reach 22%. A turnaround will take "several quarters," Burns told analysts.

Swap shop
Kazbegi resists any suggestion that VEON's network difficulties stem partly from supplier problems amid the current trade turmoil. ZTE, a Chinese vendor, was last year banned from acquiring US components, causing problems for customers such as Wind Tre, an Italian operator that VEON co-owned until September 2018, when it offloaded its 50% stake. Similar restrictions have this year hit China's Huawei, the world's biggest network vendor. But if there has been no visible disruption in Russia, VEON has clearly backed away from the single-supplier deals previously evident in some countries.

"We have at least two vendors in each market that provide us with equipment," says Kazbegi. "We have done some swaps of equipment in Russia and also in Bangladesh." While the usual motivation for these swaps has been supplier diversification, there have also been cost benefits, he says. "Most of the time you win on price because the vendor is keen to give you a better deal." Kazbegi declines to provide details. Previously, however, Finland's Nokia is understood to have replaced some equipment, including gear made by Sweden's Ericsson, at about 2,200 mobile sites in Russia, according to sources close to the matter. 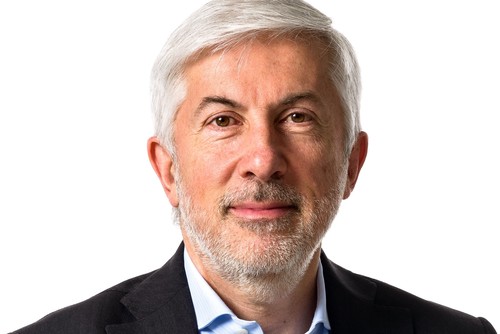 VEON's Alex Kazbegi joined the operator as chief strategy officer early in 2019, having previously worked as an analyst at Renaissance Capital.

With Russian capex set to rise, VEON is in no hurry to launch 5G, despite keen interest in that technology in other markets. Its coolness reflects broader Russian attitudes toward 5G but extends to VEON's other, non-Slavic territories. "We clearly see there is no need for 5G in many markets for the next two or three years and hope most governments share this view," says Kazbegi. Nevertheless, whenever possible, VEON is deploying equipment that is "5G-ready," to use an expression popularized (and occasionally derided) by the vendor community.

For cost savings in Russia, VEON is looking at activities such as distribution. Its retail footprint swelled last year when it absorbed half the stores previously managed by Euroset, its former joint venture with rival operator MegaFon. At the end of 2018, it had 3,073 "mono-brand" and 1,761 franchise stores. "The market is very unhealthy in terms of the abundance of mono-brand stores selling one product," says Kazbegi. Accordingly, VEON closed some 120 stores during its third quarter and is now putting the emphasis on sales via online channels.

Cost savings are a priority beyond Russia, too. VEON's overarching goal is to reduce its cost intensity (total costs as a percentage of sales) by 1% annually until 2021. That figure was down from 61.8% in 2018 to 58.9% in the recent third quarter, despite IT setbacks with Ericsson. Earlier this year, VEON switched to alternative BSS products when the Swedish vendor scrapped Revenue Manager, its "full stack" offering, because of weak demand. In Russia, it also replaced Ericsson with Amdocs, a rival BSS vendor.

VEON's original goal in 2016 had been to cut IT costs by more than 50% through simplification of its IT systems. Asked if the target had shifted with the recent upheaval, Kazbegi declines to comment but notes good progress in specific territories, including the deployment of new BSS products in Algeria and Georgia. "They are successful in terms of giving agility to the operation and allowing you to come up with new tariff plans." Across the group, he expects further savings from the automation of services and digitization of core network systems.