A changing of the guard in wireless

With news over the weekend that John Legere is leaving T-Mobile immediately to pursue other, unspecified career "options," a new generation of leadership in the US wireless industry is now officially taking over.

Meaning, each of the big American wireless network operators  Verizon, AT&T and T-Mobile  now has a relatively fresh CEO. And just in time too: Each of these executives is going to have to figure out a way to navigate a shifting wireless landscape while dealing with the combined effects of a pandemic and a seemingly unavoidable economic recession. Oh, and they'll have to deal with 5G too.

Here's a brief look at the new faces of leadership in mobile: 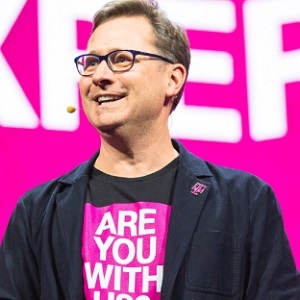 Although Legere is making an amicable but abrupt exit, he has been grooming Sievert for years to take T-Mobile into its big second act, following the close of T-Mobile's merger with Sprint. Sievert, for his part, has big shoes to fill: In just a few short years, Legere transformed a lukewarm, fourth-place operator without a 4G network into one with a comparable network and customer base as its two big rivals but that commands twice as much spectrum.

Further, Sievert appears poised to continue Legere's "uncarrier" momentum, having taken the lead on a number of T-Mobile's strategic efforts during the past few years, first as the operator's CMO and more recently as its COO.

Moreover, Sievert is inheriting most of Legere's top lieutenants, including CFO Braxton Carter and networking chief Neville Ray, giving him firm footing to move into the fixed wireless and TV businesses, at least in the short term.

So far, Sievert has been focusing his latest comments on COVID-19 and how the pandemic is affecting T-Mobile's employees and customers, but it's reasonable to assume he will step more fully into the light this summer when T-Mobile reaches its rumored "day one" merger integration milestone. 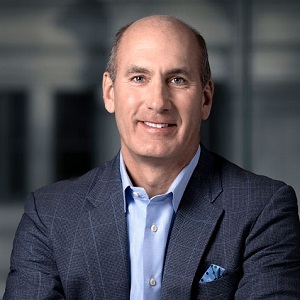 AT&T announced Stankey's rise to the top spot in the same week that Legere made his full exit from T-Mobile. In both cases the moves were largely expected but, again in both cases, they happened faster than anticipated. It's possible that the financial upheavals sparked by COVID-19 drove AT&T and T-Mobile's directors to want fresh and firm leadership in place for whatever may come in the months and years ahead.

A longtime AT&T employee, Stankey gained a protege position under outgoing CEO Randall Stephenson in 2019 when longtime AT&T networking executive John Donovan announced his intention to depart the company, thus paving the way for Stankey to replace Stephenson. According to a lengthy Bloomberg profile on Stankey, he gained approval from AT&T's leadership and outside investors like Elliott Management due to his intention to run AT&T as an operator rather than an empire builder.

However, Stankey has focused much of his attention in recent years on AT&T's media business  indeed, he's the driving force behind AT&T's pending launch of HBO Max, the operator's response to Comcast's Peacock, Netflix and a host of other video streaming behemoths.

Thus, it's unclear how Stankey might handle AT&T's cash cow  its mobile business  that executives widely see as the engine that will fund the company's media ambitions. Will Stankey push AT&T aggressively into the 5G arena in order to challenge T-Mobile and Verizon, or will he maximize profits from AT&T's mobile business in order to fund his Hollywood pursuits? 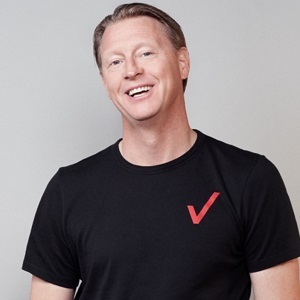 Of the three top executives in the US wireless industry, Vestberg is the one with the longest tenure as CEO. Vestberg joined Verizon in 2017 as the company's CTO, and then in 2018 the company announced he would take over from outgoing CEO Lowell McAdam.

Vestberg first put his mark on Verizon in the middle of last year when he reorganized the company under two major divisions: consumer and business. That reorganization  coupled with a $10 billion cost-cutting program  has had a wide-reaching effect on how Verizon builds and manages its network, not to mention how it sells its products.

However, none of that has changed Vestberg's main goal for Verizon: maintaining a leading network. While AT&T expanded into media and T-Mobile struggled to close its purchase of Sprint, Vestberg has doubled down on 5G as Verizon's primary long-term opportunity.