There's money in them there masts.

This is how much the global 5G consumer market could be worth in revenue between now and the decade's end, predicts a new study by Ericsson ConsumerLab and technology research firm Omdia.

Of these consumer revenues, $3.7 trillion could go to communications service providers in the next nine years. 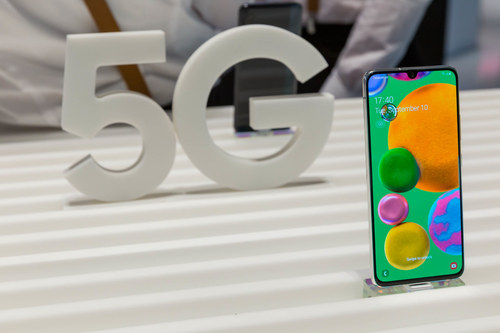 This is welcome news for providers, for whom regulatory and competitive pressures have spelt a long-term trend of stagnating or declining revenues.

Taking a "proactive" approach to 5G's possibilities may mean average revenue per mobile phone user of $9.61 in 2030 for providers. That's up from the neighborhood of $7 today, for non-5G subscriptions. And it's 34% higher than for those operators who just take a "passive" approach, based only on "offering commoditized voice and data risks," says the report.

The authors urge exploring and bundling "core and adjacent" digital services, "running on the back of mobile data connectivity." Like augmented reality (AR), which will account for half of consumer spending on immersive media in 2030.

Augmented reality gaming is the highest-ranked AR application among consumers, says ConsumerLab. Of gamers, 67% say they'll increase their AR use in the coming five years.

The report suggests being like AT&T, which bought Time Warner just in time to make a giant integrated mass of a business, doing both content and distribution.

Streaming will make up fully 30% of the $131 billion service providers will get from direct digital services between 2019 and 2030.

Sports are big, too. But for goodness's sakes, don't do them, just watch them.

In the UK, EE is ahead with sports streaming apps like BT Sports, which offer personalized, immersive matchday experiences for fans.

5G's adoption "is far more rapid than previous generations," with 5G on track to exceed 20% of mobile subscriptions two years earlier than 4G, says the report, which studies 17 markets around the world.

There are 80 million subscribers globally, as of June 30. And there are 100 commercial 5G networks worldwide to choose from in September, reports the Global mobile Suppliers Association.

Now, a year and a bit on, South Korea now sees a reasonably highish 13.2% of its mobile subscribers using 5G, says its Ministry of Science and ICT.

Maybe predictably, the extra amount the average consumer is willing to spend to have 5G has dropped to 10%, down from 20% in early 2019, says Jasmet Sethi, Ericsson ConsumerLab's head of market insights.

In some markets  the US, South Korea, Australia and Finland  people are still willing to pay a bigger premium for 5G. All told, a quarter of mobile phone users are likely to upgrade to a 5G device.

Consumers are more likely to upgrade if they have an Apple iPhone: about half those planning to buy a 5G smartphone in the US, Australia, Sweden and Switzerland are existing iPhone owners.

The authors of the report surveyed 7,500 users in 17 countries.

Even in humble 2019, consumer services made up 56% of service providers' revenues globally: the remainder comprise business and enterprise customers. This is 2% more from consumers, in just two years.

5G is going to speed up that trend, say Ericsson and Omdia. So providers will want to put those pesky consumers first.