Vodafone sticks a wind turbine on a mobile mast

From a distance, it resembles an industrialized version of a child's whirligig atop a huge pole. Closer inspection reveals it to be a wind turbine attached to a mobile mast. If it works out as hoped, it could become a feature of Britain's rural landscape in the next few years.

The whirligig-cum-mast is Vodafone UK's potential answer to the problem of building mobile networks in the British countryside. In a city or town, connecting site infrastructure to the electricity grid is a relatively straightforward job. But in the most isolated communities, it might not even be an option.

That's an issue for an operator that has provided a commitment  in collaboration with its three network rivals  to cover 95% of the UK by the end of 2025, under the so-called Shared Rural Network (SRN) initiative. 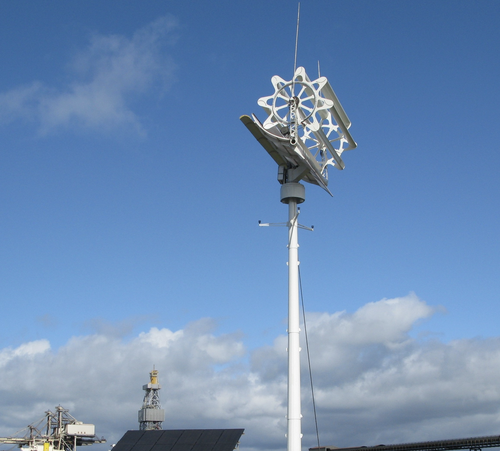 The British countryside may soon get some new-look mobile masts
(Source: Vodafone)

What Vodafone is promoting as both "self-powered masts" and "Eco-Towers" was developed in partnership with a Welsh turbine maker called Crossflow Energy. Unlike bigger turbines, the one provided for the mobile mast is designed to rotate in the lightest of winds. On days when there is more air circulating around the dinner table than outside, battery storage systems come into play. Solar is also used as a back-up.

That could all help Vodafone to make good on its renewable energy commitments, slash carbon emissions and cut electricity costs. The company's UK arm is targeting "net zero" by 2027.

Currently, there is no indication of the impact the self-powered mast could have on Vodafone UK's overall expenses. That would depend on all sorts of factors including how widely the masts are used. For the time being, Vodafone is pushing the concept as a "cost-effective alternative to diesel generation" and planning a proof of concept.

Any sites it eventually deploys will be owned by Cornerstone Telecommunications Infrastructure, the joint venture with O2 for mast infrastructure.

If they were rolled out as part of the SRN scheme, the Eco-Towers would benefit other operators and not just Vodafone, the operator confirmed.