Borrowing pages from the playbook in use by US cable operators such as Comcast and Charter, while adding a few wrinkles of its own, Canada's Shaw Communications has introduced a new, simplified mobile service tailored for customers who also take its residential broadband service.

Shaw, a service provider focused on Western Canada, said the new offering, called Shaw Mobile, is initially available in Alberta and British Columbia. The company didn't say when it might might introduce it to other parts of Western Canada. 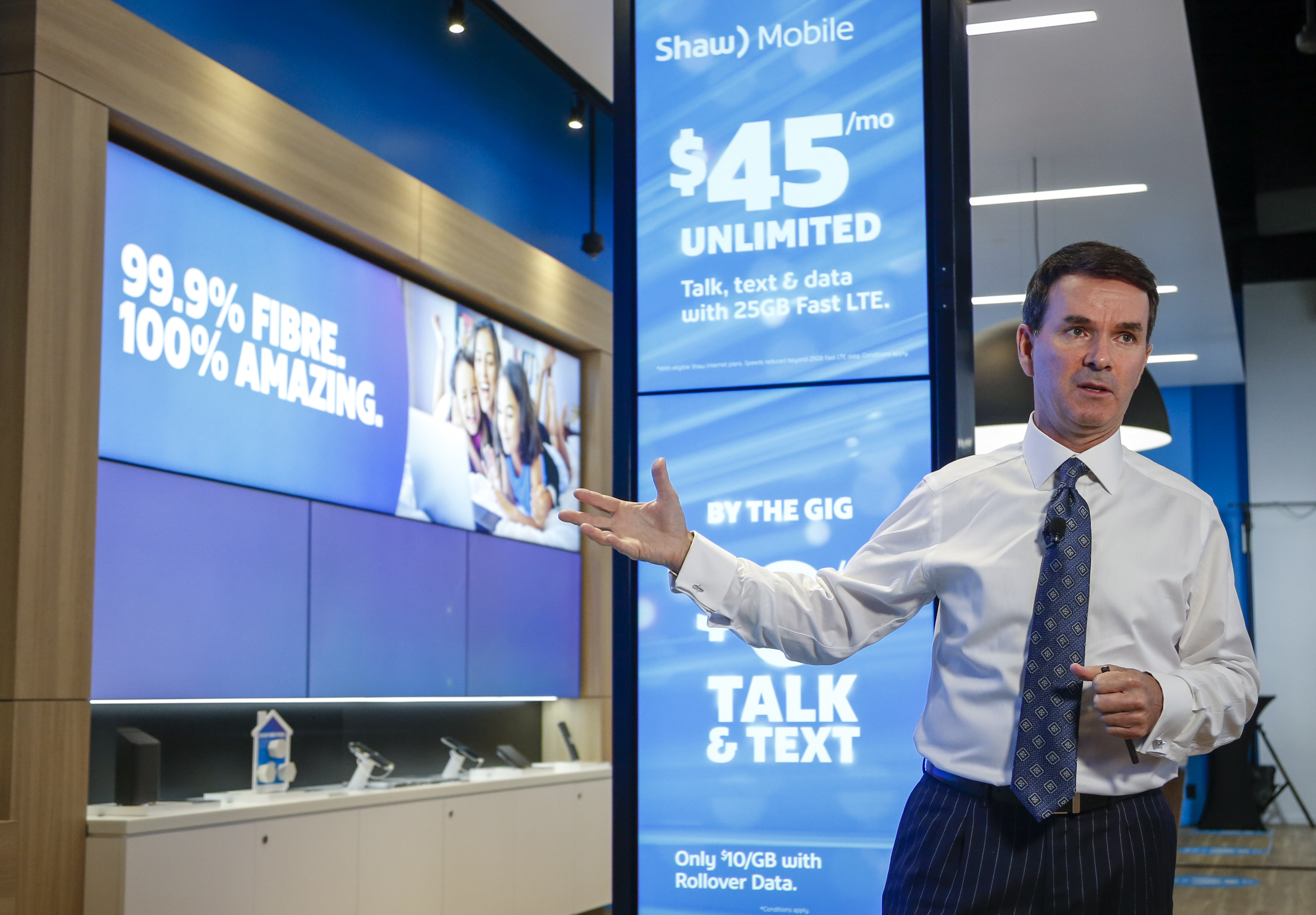 Shaw Mobile is starting off with two plans for qualified customers that also get home broadband service from Shaw:

Update: Non-Shaw Internet customers can also get Shaw Mobile at different market rates: By The Gig ($15 per month), Unlimited ($85 per month) and Unlimited + US & Mexico ($95 per month).

Shaw Mobile also allows customers to mix and match plans for up to six household members.

The approach the company is taking with Shaw Mobile is partly inspired by but not directly identical to how Comcast (Xfinity Mobile, with about 2.26 million lines at the end of Q1) and Charter Communications (Spectrum Mobile, with about 1.4 million lines) use home broadband to help drive sales of their respective mobile services.

Comcast and Charter have "become a force to be reckoned with" in the US mobile market, McAleese said.

But while Comcast and Charter are leaning on MVNO deals with Verizon for their respective mobile services, Shaw operates its own mobile assets in Western Canada complemented by mobile roaming deals elsewhere.

Using Shaw Mobile to focus on the company's Internet service base serves as a "wonderful loyalty tool," Paul McAleese, Shaw's president, said in a presser about the new offering. "We want to first reward and secure our existing base."

McAleese believes Shaw Mobile will have "wide appeal," expecting that the vast majority of customers signing up to be new and accretive to Shaw's grander wireless objectives.

The urge to converge
From a broader, strategic perspective, the Canadian operator views Shaw Mobile as a network-converged, unified, money-saving connectivity service play, as it integrates Shaw's home broadband/Wi-Fi service, a public Wi-Fi infrastructure with more than 450,000 hotspots that can help customers offload wireless traffic, and its own LTE network.

McAleese also pointed out that Shaw Mobile is entering the picture as Canadian regulators seek out more competition and relief on wireless pricing among the nation's three major mobile players (Bell, Rogers Communications and Telus), and believes that the new offering not only meets but exceeds what the government is pursuing.

McAleese is pleased with how aggressive Shaw can be with its new pricing and packaging for Shaw Mobile, but stressed that the new offering does not aim to "destabilize" Canada's wireless market. He also noted that pricing on Shaw Mobile is considered "introductory" and not permanent, but didn't elaborate on when or how pricing might change further down the road.

The launch of Shaw Mobile comes just a couple months after the operator launched a residential 1-Gig broadband service to the vast majority of its cable footprint using DOCSIS 3.1.

McAleese said he's happy with the early uptake of the new 1-Gig cable broadband service, noting that, in recent weeks, the number of customers taking Shaw's 750Mbit/s and 1-Gig products is higher than the number that were signing up for Shaw's previous top-speed home broadband product that delivered up to 600 Mbit/s.

Shaw is backing up the launch of Shaw Mobile with a new branding campaign and is in the process of relaunching about a dozen retail stores that feature the revised branding along with areas that provide more hands-on access to its array of core video, broadband and mobile services as well as products in the emerging smart home category.