American trustbusters have rounded on Facebook after apparently figuring out they were repeatedly hoodwinked by it. Seven years ago, the Federal Trade Commission (FTC) blessed Facebook's $19 billion (yes, $19 billion, not $1.9 billion) takeover of miniscule WhatsApp just two years after the social media giant was allowed to spend $1 billion on Instagram, a company with 13 employees at the time. Regulators now look desperate to unwind the deals they sanctioned.

If the monopoly assessment is right, the FTC has only itself to blame. Companies exist to enrich shareholders by any means that are lawful. Regulators are there to prevent the emergence of monopolies. When the FTC cleared the Instagram deal in August 2012, it publicly voiced not a single objection. Two years later, its only admonition about the WhatsApp takeover was that the merging players continue to honor their privacy promises to users. No mere failure there would explain a Facebook monopoly. 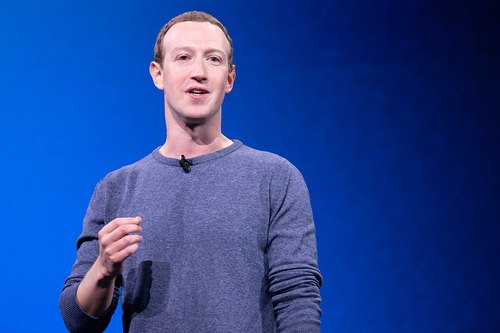 Facebook CEO Mark Zuckerberg: "I'd pay $1 billion for [WhatsApp] if we could get them."

The real failure was the FTC's. A sympathetic view is that it could not have understood the full implications of Facebook's takeover activity at the time. The Internet has sprung up like Jack's beanstalk, bringing technology giants into the world quicker than regulators could react. They have trampled on entire swathes of the economy that were caught unawares.

None of that excuses the parts of the FTC that should have been focused on examining Facebook's deals. How could a $1 billion takeover of Instagram, when it had zero revenues and barely enough employees to field a football team, not have prompted concern? If that somehow appeared normal to the FTC, the $19 billion bid for WhatsApp should have set a Big Ben-sized alarm bell clanging. Perhaps never in history has so much been spent on a company with nothing to show in sales.

The benefit of foresight

The reasons seem obvious to the FTC in retrospect, based on information that was circulating at the time. Instagram, it notes in this week's court filing, went from zero to more than 10 million users in less than a year, before it had even launched on Android. "Instagram has become a large and viable competitor to us on mobile photos, which will increasingly be the future of photos," Facebook CEO Mark Zuckerberg said in September 2011.

By February 2012, he was writing to David Ebersman, Facebook's then chief financial officer, about the rationale for expensive takeovers of Instagram and Path, another photo-sharing service. "These entrepreneurs don't want to sell  but at a high enough price  like $500 million or $1 billion  they'd have to consider it. Given that we think our own valuation is fairly aggressive right now and that we're vulnerable in mobile, I'm curious if we should consider going after one or two of them."

The $1 billion it eventually paid, says the FTC in its court filing, reflected "the significant threat that Instagram posed to Facebook's monopoly." In other words, the FTC allowed a monopoly to eliminate a viable competitive threat via takeover.

It was even more inept in the case of WhatsApp. Despite its lack of revenues, the messaging service had amassed nearly half a billion users by February 2014, just four years after its launch. By April that year, Zuckerberg was acknowledging that Facebook's rival Messenger mobile app was a poor substitute for WhatsApp. "I'd pay $1 billion for them if we could get them," he said.

Zuckerberg eventually paid a staggering 19 times that amount, a sum that "reflected the seriousness of the threat that WhatsApp posed to Facebook's personal social networking monopoly," says the FTC. If regulators repeatedly allow monopolies to buy challengers, they are failing at their basic job. The question these FTC comments raise, then, is how it did not spot what was happening seven years ago.

No sale is final

Facebook is right to be miffed about an FTC reversal long after the integration of both Instagram and WhatsApp. In a series of tweets sent yesterday, it said: "Our acquisitions of Instagram and WhatsApp were reviewed and cleared many years ago, and our platform policies were lawful. The FTC's claims are an effort to rewrite antitrust laws and upend settled expectations of merger review, declaring to the business community that no sale is ever final."

It is unfortunate that despite the court's dismissal of the complaint and conclusion that it lacked the basis for a claim, the FTC has chosen to continue this meritless lawsuit.

Breaking apart the company now would be hugely disruptive. Instagram reportedly generates about $20 billion for Facebook in annual revenues, nearly a quarter of Facebook's sales. WhatsApp's revenues are estimated at about $5 billion. It is inconceivable their systems and processes remain entirely separate from Facebook's, or that they do not rely to some extent on the same central functions. Instagram, WhatsApp and a Facebook shorn of those assets could all be hindered by an FTC-mandated carve-up.

Investors do not appear to be taking the threat very seriously for now. When the Nasdaq opened today, Facebook's share price barely flickered, and it has gained a third so far this year. But the bigger risk is arguably to Facebook's advertisers and users, who could suffer if any divestment of Instagram and WhatsApp turned out to be a long and painful process. The trouble with corporate titans is everyone else's dependency on them. That is precisely why any regulatory intervention should have happened at the outset.