The ongoing farmers' protest in India has led to a war of words between the country's three top service providers – Jio, Bharti Airtel and Vodafone Idea.

Jio has recently written a letter to the Department of Telecommunications (DoT) blaming rivals Bharti Airtel and Vodafone Idea of resorting to unethical behavior and "pursuing a vicious and divisive campaign through its employees, agents and retailers."

Indian farmers are protesting against recently passed legislation that they want to see repealed. As part of their protest, the farmers have called for the total boycott of Reliance Industries' goods and services because there is a perception that Reliance Group (specifically Reliance Retail) stands to benefit from the new farm laws. Since Jio is part of Reliance Industries, several farmers have ported out of Jio's network to join Airtel and Vodafone Idea's network. 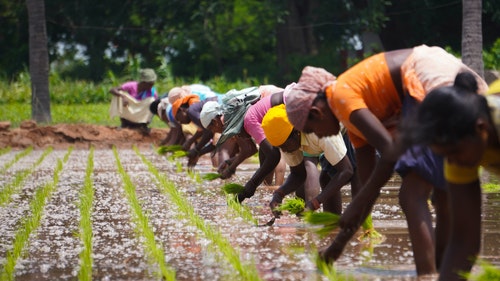 Digging in: Indian farmers have called for a boycott of Reliance Industries' goods and services – including Reliance Jio.
(Source: Deepak kumar on Unsplash)

"These service providers are intentionally defaming Reliance Jio by depicting it as against farmers and projecting themselves as farmer-friendly while at the same time intentionally fanning the anti-government protests," says the letter sent by Jio to the DoT.

"These companies continue to remain directly/indirectly involved in supporting and furthering the insinuations and frivolous rumors of Reliance being an undue beneficiary of the Farm Bills, for unethical pecuniary benefits in the form of induced porting of RJIL customers," it adds.

Jio is witnessing an increase in the number of subscribers porting out of Jio's network in the states of Punjab, National Capital Region and Haryana to join Airtel or Vodafone Idea. These are Category-B circles (service areas) with high average revenue per user (ARPU), so, understandably, Jio wants to hang on to its subscribers there.

Bharti Airtel has denied all allegations. "We wish to emphatically deny this baseless charge  Despite being provoked by some competitors who we know will go to any length to make baseless allegations, adopt bullying tactics, and use intimidatory behavior. We have always conducted our business with character and transparency, something that we are deeply proud of and known for," says the statement issued by the company.

Similarly, Vodafone Idea has also refuted these allegations. "VI believes in doing business with ethics. These are baseless allegations against us to malign our reputation. We strongly refute such irresponsible comments on us," Vodafone said in a statement.