Facebook is sharing first results of its prototype SuperCell, its wide-area way of providing mobile network coverage in rural communities.

Its approach  of which it also releases a video  uses towers up to 250 meters high and high-gain, narrow-sectored antennas to increase mobile data network's range and capacity. It uses a MatSing high-capacity lens antenna typically employed for more urban uses. "I usually spot these in dense capacity spots, such as racetracks, and the DC National Mall during presidential inaugurations," says wireless analyst Ken Rehbehn. 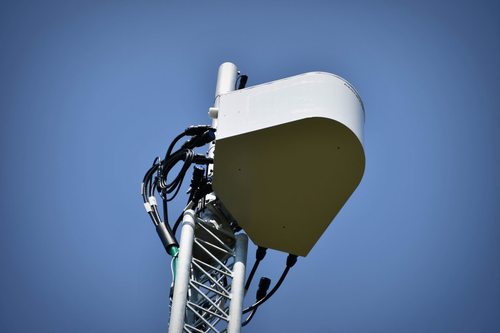 The prototype SuperCell has delivered two-way voice and video call traffic over a range of 38 kilometers in trials, with data rates of up to 7.8 Mbit/s for downloads and 1.2 Mbit/s for uploads. In the trials, it can reach an area up to 65 times larger than a more traditional rural macro basestation. It could replace 15 to 25 traditional macrocells, meaning offering coverage to the same number of people at a 33% lower total cost of ownership.

There isn't a "silver bullet" for connecting rural areas in the developing world to the Internet, says Facebook's Abishek Tiwari.

The social network company's ultimate goal, rather than revenue from equipment sales, is gaining more users in remote places hard to reach with existing tech. Facebook says it isn't planning to manufacture the SuperCell itself. The SuperCell approach has a few advantages: It relies on tall towers of the sort already in use by the broadcast industry, and one big site has lower costs of ownership than lots of small ones.

It also has downsides, including high-power consumption, and there potentially being a single point of failure for a big region. The likely end result will be a combination of approaches, says Tiwari.

Other approaches include tethered aerostats, which are easy to move, though you have to replace the helium periodically. One is Boston-based Altaeros, an MIT spinoff that SoftBank Group has backed.

Another is wide-area coverage using stratospheric balloons, though there are engineering problems to figure out involving high-altitude winds. Alphabet's Loon, which has had some financing problems but has been experimenting with AI pilots, is an example. And low-Earth orbit satellite constellations offer a tantalizing possibility for backhaul (the middle bit between the core network and the edge).

It's an approach where Starlink, the satellite network being built by Elon Musk's SpaceX, appears to be making fast progress  with 800 satellites, including 60 launched in November. (Though analysts think it won't provide much of a threat to established Internet providers.)

There have also been less successful efforts, like OneWeb  though it emerged from bankruptcy in November with new owners, the UK Government and Bharti Global.

These can offer low latency and pretty ubiquitous coverage, but ground stations will need a tracking antenna. Plus a full constellation is still a few years out.

The Internet was meant to help all of us improve our lives, but the global digital divide means it also reinforces the isolation of people who are offline.

Even in New York, 40% of people living in the Bronx lack Internet access. There are 600 million people globally living in areas outside mobile broadband networks' coverage, according to GSMA's State of Mobile Internet Connectivity Report. That's about double the population of the US.

Sub-Saharan Africa is home to 67% of this global uncovered population. Even in lower-middle income countries like India, Nigeria and Vietnam, which are generally growing wealthy quite quickly, only 40% of people live somewhere with mobile broadband network coverage.

Mobile data has been a game-changer for residents of developing countries, says the Economist Intelligence Unit in its 2020 Inclusive Internet Index.

But access remains too expensive, it adds. And the gender gap in accessing the Internet, though narrowing, is still "stubbornly wide."